4 Comments
Bay and “The Birds”

Hollywood Wiretap’s Nancy Vialatte has a story up about Michael Bay‘s Platinum Dunes signing with Rogue, the Focus equivalent of Dimension, to provide relatively inexpensive horror flicks (under $25 million) on a three-year, first-look basis. Her piece isn’t exactly a grabber, but it reminded me that Platinum is also at work on a remake of Alfred Hitchcock‘s The Birds for Universal.

I gather that Bay (still at work on Transformers) won’t be directing The Birds, but he should. Because if he does it right — and I believe Bay has it in him to be much better and more respected than the “Michael Bay” of legend — he could redeem himself. And if it’s done wrong (by Bay or whomever, and obviously that potential is there, given the cheap-trick tendencies of today’s horror filmmakers), it’ll be wretched and godawful. All the director has to do is pull back and think austere.
TMZ’s “City of Industry” column (Claude Brodesser-Akner, right?) has reported, she says, that Naomi Watts “could” be offered the Tippi Hedren “Melanie Daniels” role. Wait…didn’t I read that the Platium Birds is going to be based on the Daphne du Maurier novella rather than the Hitchcock film? That’s what everyone always says when they’re doing a remake of a classic film — we’re basing on the book, not aping a famous film, etc.

Factory Girl star Sienna Miller has had to backpedal after calling the city of Pittsburgh “shitsburg” after her comment appeared in a just-published interview in Rolling Stone…but we know how this went down. She said what she really meant to Rolling Stone interviewer Jenny Eliscu, and then she was pressured to apologize by her manager or her agent (or both) so she did.
A story in the Pittsburgh Post Gazette got some payback by referring to Miller as a “semi-famous actress” in a headline.
“Can you believe this is my life?” Miller said to Eliscu. “Will you pity me when you’re back in your funky New York apartment and I’m still in Pittsburgh? I need to get more glamorous films.”
Miller had been staying in the City of Gloom during the filming of The Mysteries of Pittsburgh, an indie-level pic based on the Michael Chabon novel with Michael London (Sideways) producing.
Yes…City of Gloom. I’ve been to Pittsburgh and some of the architecture is nice and the nightlife isn’t too bad, but something about that town has always made me want to leave and go somewhere else. There’s a certain vibe of grimness there…a pall. Parts of it look rundown. A lot of the blue-collar types look really shagged and fagged and despondent.
Let’s not forget Preston Sturges‘ comment about Pitsburgh in Sullivan’s Travels. A producer tells Joel Mccrea‘s Sullivan that a Pittsurgh audience didn’t like a particular film and McCrea goes, “Aaah, what do they know?” The producer says, “They know that they like.” And McCrea, “If they knew what they liked, they wouldn’t live in Pittsburgh!”

YouTube is very cool, but is it worth $1.6 billion? To Google it is, apparently. The N.Y. Times is reporting that the Google guys are in “serious talks” to acquire YouTube, which “is not yet profitable [although] it has exploded into a cultural phenomenon less than a year after its debut, broadcasting more than 100 million video clips a day.”

Variety‘s John Hopewell and Emilio Mayorga persuaded Sitges Film Festival co-director Angel Sala to offer an explanation why StudioCanal has decided not to show David Lynch‘s Inland Empire there as part of a proposed Blue Velvet 20th anniversary tribute.
StudioCanal was concerned, Sala said, that “the three-hour cut of Empire, which unspooled to so-so reactions in Venice, would play so well among Lynch die-hards at Sitges that the helmer would never be persuaded to slim it down for commercial release.”
Inland Empire runs three friggin’ hours? How come Manohla Dargis didn’t mention this in her NYFF review? That’s a very significant element.

Okay, all right…I was low on my Texas Chainsaw Massacre: The Beginning prediction. It’s looking like it’ll earn closer to the high teens this weekend than “between $10 and $12 million.” Fine. Hooray for R. Lee Ermey and all the sophisticated simians who plan on seeing this instead of The Departed. 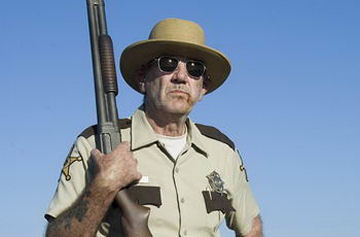 Helen Mirren‘s performance as Queen Elizabeth II “has turned The Queen into something you never imagined it could be: a crackling dramatic story that’s intelligent, thoughtful and moving.” — from Kenneth Turan‘s review in the L.A. Times. Stephen Frears‘ just-opened film is intelligent, thoughtful and…well, somewhat moving. But “crackling” it absolutely is not. We all know what crackling is — something like fire, a plot with close-to-breathtaking dips and turns, next door to crackerjack. Due respect to Turan –he’s a gifted and careful writer — but he should have chosen more carefully.

David Lynch‘s Inland Empire, which has been shown at the New York Film Festival, is the filmmaker’s “most experimental feature since Eraserhead, according to N.Y. Times critic Manohla Dargis. The story spins a familiar Lynchian fairy tale: a blond actress (Laura Dern, in a career-defining performance) lands a coveted film role and spirals down into a hallucination in which dreams become nightmares. There are whores, of course, with laughing and lurid mouths, and shadowy corridors that, in suggestively female anatomical fashion, lead to dark rooms. Mostly, though, there is Mr. Lynch, whose shards of dream logic sometimes achieve the convulsive beauty that Andre Breton wanted for surrealism and, at other times, feel like the disgorged bile of an artist who has taken the brakes off his sadism.”

“This is either great acting, or atrocious scene-chewing. Maybe it’s both. But it’s sure entertaining to watch.” – – CNN’s Tom Charity in his review of The Departed, and particularly of Jack Nicholson ‘s peformance. 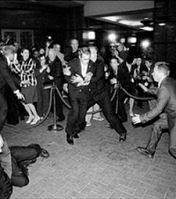 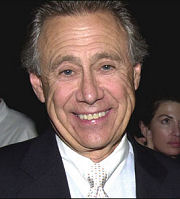 On page 244 of the latest issue of Vanity Fair, Marie Antoinette director Sofia Coppola is quoted by Lady Antonia Fraser, author of Marie-Antoinette: The Journey, as having asked early on, “So would it matter if I leave out the politics?” And Fraser, whose biography Coppola based her film upon, replies, “Marie Antoinette would have adored that.” Exactly. Precisely. 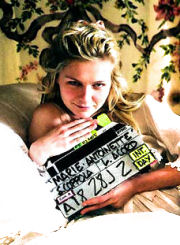 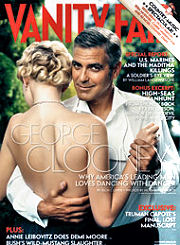 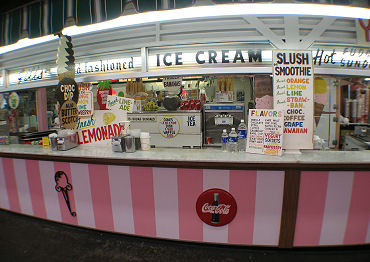