Radar‘s Jeff Bercovici (i.e., “Fresh Intelligence”) scans the “half-baked” Factory Girl Oscar-heat situation. My understanding is that the extra shooting was done in early to mid November, and that it’s not that much of a problem to insert new scenes into an already- constructed feature. Still, Harvey Weinstein and director George Hickenlooper need to get cracking.

“With applause came a palpable exhalation of relief: This was not going to be another Rent or Phantom of the Opera train wreck. Dreamgirls, the movie, a quarter of a century in the making, the gay man’s Lord of the Rings, just might…yes! …live up to the hype.” — from Sara Vilkomerson‘s Dreamgirls story in the New York Observer.

I’m dying to say something about this, but the hour is not quite at hand. A savvy bearded Houston guy has a friend who’s passed along a very excited impression of a soon-to-open film. Meanwhile, back in the jungle… 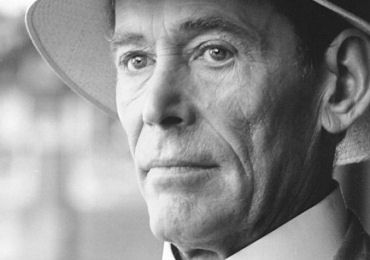 I don’t want to sound crude or lowball, but how can one review the just-announced films for the 2007 Sundance Film Festival and not at least remark that one of them is a feature-length documentary named Zoo, about a Seattle man who died in the summer of ’05 as a result of having anal sex with a horse? This is why the Islamic fundamentalists hate us so — because there’s no end to our interest in Godless perversity.
That aside, the Sundance team has revealed the films that will make up the Dramatic Competition, the Documentary Competition, the World Cinema Competion and the World Cinema Documentary Compeitition. Here are two stories about it — one from IndieWIRE and Variety. The at festival will run from 1.18 to 1.28, and I still haven’t locked a place down. There’s a decent-sounding place that I could rent that’ll be pretty reasonable if I can find the right person to share with. Interested parties?
I’ll get into the particular aromas down the road. Nothing looks terribly arousing, but then nothing ever does when you first read these generic announcement stories.

Deadline Hollywood Daily‘s Nikki Finke did some actual calling about the Pamela Anderson–Kid Rock–Borat argument at Universal honcho Ron Meyer‘s home that resulted in her filing divorce papers. Wondering why “those two losers were included among the 20 VIPs on what’s supposed to be a triple-A screening list,” Finke is reporting, the following:
“Anderson is a friend of a Meyer neighbor, who asked the studio mogul if Pam and Kid Rock could come over for the screening because new hubby hadn’t seen new bride in Borat yet. The way ‘Page Six’ made it sound, there was a screaming match in the middle of Meyer’s screening room. Wrong. None of the guests knew anything happened — just that the couple left in the middle of the movie.”
Wait a minute: Anderson doesn’t appear in Borat until the the final third. Almost the very end, in fact. The marital meltdown fight was allegedly over Kid Rock ‘s reaction to Anderson’s appearance in the film, so they couldn’t have left “in the middle” of the film, right?
Meanwhile, here’ s another “Page Six” posting, a Kid-Rock’s-side-of-the-story thing. What am I doing puttng this crap up? 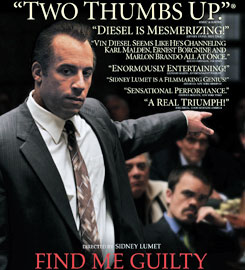 “He taught me so much, made me discover authors, painters — a certain art of living, with elegance and discretion,” the great Bertrand Tavernier has written about the late Phillipe Noiret. “He gave me a sense of actors and showed me that one could be exacting and passionate while remaining pleasant and gentle.
“He was a very generous actor who loved his co-stars — Michael Galabru in The Judge and the Assassin, Isabelle Huppert and Eddy Mitchell in Coup de Torchon, Fran√É∆í√Ç¬ßois Perrot and Sabine Azema in Life and Nothing But…Jean Rochefort, Claude Rich, Jean Vilar and Gerard Philippe.
“Listening to him talk of the old days, of Hitchcock and Gary Cooper, flooded you with warmth. He loved to love, and his admirations were contagious. You got the sense that they fortified him. We were always talking about the breadth of our admirations — for Gary Cooper, who we both wished we had known, for Hitchcock, Fred Astaire, Mario Monicelli, Marcello Mastroianni and Marco Ferreri.

“The Reeler” editor Stu VanAirsdale on the latest death spasms (or certainly downshiftings) of Manhattan’s elite downtown film culture establishment, as represented by the ending of annual Village Voice film critic’s poll. (The bottom-line Voice management guys probably decided it was too expensive to maintain or too pie-in-the-sky, or both.) But on the heels of interim film editor Allison Benedikt having officially assumed the duties of the deposed Dennis Lim “comes word that Lim is working with indieWIRE to revive a comprehensive year-end survey.”

The bottom line is that the prosecutors of “Hollywood’s biggest scandal”, as New Yorker writer Ken Auletta once described the Anthony Pellicano wiretapping case, can’t nail anyone big so they’re after small fry in hopes of shaking something loose. And so, as L.A. Indie‘s Ross Johnson reports, they’re looking to nail a peripheral Anthony Pellicano wiretapping player named Joann Wiggin, who was acquitted on four of five perjury charges after a jury trial last September. 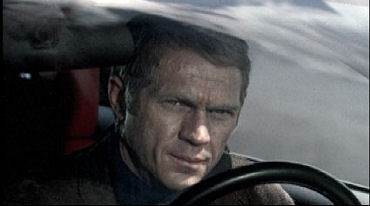