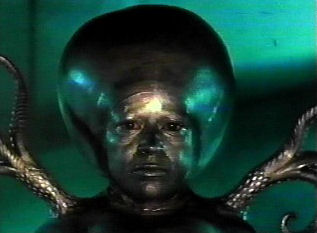 Sheigh Crabtree strikes again — the second Riskybiz post in a 24-hour period. This one says (most) everyone at a recent Manhattan screening of Dreamgirls was delighted and applauding. She adds, however, that costar Jennifer Hudson didn’t quite get a 100% approval rating. (One guy was saying Jennifer Holiday was better in the early ’80s B’way show…read the item.) Speaking as a mixed-bag responder who knows other mixed baggers, I can say that if there’s any one unanimous feeling about Dreamgirls, it’s that Hudson kills & that the Best Supporting Actress Oscar is pretty much hers to lose.

After he suffered a bout of insomnia last Saturdaywhile staying at London’s Ritz Hotel, Al Pacino reportedly “came down to the lobby at 2 am and instead of doing a jennifer Lopez or whatever and complaining and making all kinds of demands about having his room changed, he said he wanted to get to know the people who worked at such a great place” — or so it says in this Mirror story. Pacino, I’ve been told, is in London working on a Looking for Richard-like documentary called Salomaybe, about Oscar Wilde and his play “Salome”. Because of this project his emotonal pores are more open than usual. He’s in one of his gregarious-Al, get-down-with-the-folks, receptive-to-the-beauty-and-poetry-of-life modes. Nobody in the world is a sweetheart 24-7. 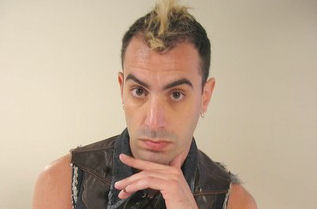 I could do a mass e-mailing of the New York film publicist community, but I might as well use this space to announce that Hollywood Elsewhere will be trolling the streets of Manhattan and Brooklyn starting this Friday and throughout the rest of the month. Looking very much forward to (i.e., close to panting for) that very specific New York action and energy, along with the blessed wearing of scarves and overcoats.

I’ve agreed to a 12.1 review embargo on The Good German (Warner Bros., 12.15) but this Riskybiz item submitted by the Hollywood Reporter‘s Sheigh Crabtree about director Steven Soderbergh getting a “Bronx cheer” following a DGA New York screening two nights ago (i.e., Saturday) leaves an impression that this 1940s-era black-and-white drama is some kind of marginal embarassment and/or unintended hoot. (Crabtree reports that one guy in the audience went “puhleeze” and that a geezer asked Soderbergh during the q & a if he’d intended “to do a spoof or a parody of The Third Man?”) And it’s not.
I’ve seen German twice in Los Angeles, both times with seasoned industry types, and nobody’s gone into a dismissive neg-head chortle about it. Not in my pres- ence, at least. The reactions have been…well, okay, admittedly muted here and there but always respectful. No one I spoke to was deriding it or grumbling on their way out to the parking lot.
Set in the post-World War II rubble of Berlin, The Good German is a very period- esque, Third Man-ish experience, but it’s not spoofy in the slightest. It’s not Dead Men Don’t Wear Plaid and it’s not Young Frankenstein and anything like that. Except for the final scene it’s relatively earnest (as far as a film like this can be) and straight and about itself. It’s partly a tribute piece — a recreation of a military whodunit drama as it might have actually looked and moved if, say, Michael Curtiz had directed it in 1946 — and partly a Phillip Marlowe detetective story in uniform.
That’s all I’m saying for now. I just felt that a defense was necessary.