“Going into the Sundance Film Festival, word was not good,” writes Hollywood Reporter critic Kirk Honeycutt. “Coming out of the festival, you realize how little value this ‘word’ actually possesses. All that acquisition frenzy wasn’t because of the high altitude. Sundance audiences’ thunderous ovations for every movie are getting to be a joke, but in many cases they were deserved.”
And yet Honeycutt seems content to half-breeze through his own festival experience, resigned for the most part to providing cursory descriptions of the films he saw that, with a couple of exceptions, affected him in some kind of thoughtful, jolting, semi-arousing way. But no grappling or wrestling, no laying down of the Honeycutt law.
“If anything epitomizes Sundance 2007, it is the acknowledgment not just in the documentaries but also in the lightest of feature films that the world is in a bad place right now. After seeing a couple of documentaries about atrocities in one day, a festivalgoer said to me that he felt like spending the next day in bed. Yet he was very glad he saw them.”

“We are in another of those historical moments, with grim death gargling at you around every corner and people being slaughtered like sheep. Of course, Academy voters could heed the incendiary Zeitgeist and vote for Babel, a film about international chaos, or Letters from Iwo Jima, depicting the last days of a losing war. The Queen shows a head of state stubbornly resisting the popular will, and The Departed is a chic bloodbath.
“Or, surveying this bleak terrain, the Academy membership might turn to the one feel-good movie nominated for Best Picture. Voting for a comedy that celebrates life — eccentric but essentially loving family life √É¬¢√¢‚Äö¬¨√¢‚Ç¨¬ù would be an affirmation of what Hollywood has done since its Golden Age: try to make America forget what makes it gloomy, and bring it a little Sunshine.” — Time‘s Richard Corliss reading the post-Saggie tea leaves.
HE postscript: I’ve been asking myself for the last five or six minutes why Corliss (or his editor) has capitalized “zeitgeist.” Just as I know that sometime down the road, editors are going to stop capitalizing the words “internet” and “web.” Two or three years Wired magazine declared that capitalizing these two was inane/ludicrous/nonsensical….but once the east-coast editorial establishment decides on a stylistic affectation, there’s no getting them off it. 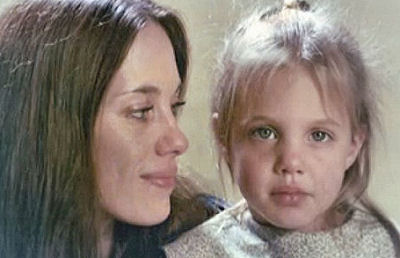 10 Comments
Why “Sunshine” Will Win

And The Winner Is… blogmeister Scott Feinberg has written a very thoroughly thought-out, fairly persuasive explanation why Little Miss Sunshine is going to win the Best Picture Oscar. I love this little film but I’d personally rather see Babel or The Departed take it. Both are more exciting to watch and think about later.

“This year, producers and actors went for Little Miss Sunshine, directors liked The Departed, and the Globes went with Babel. So the Bagger can confidently say, with all the authority of his one year of experience, that The Win in best picture is up for grabs.
“If Little Miss were to sneak past the best the studios and their specialty divisions had to offer, it would be yet another message that the longshot is sometimes the best shot. Everything that was wrong about this film turned out to be the right. Too many cooks came up with something audiences loved and at least some factions of the Academy find compelling.” — from David Carr‘s riff about Sunday night’s SAG Awards and what that ceremony (possibly) foretells.

“Can we stop this before you go ahead any further? We can’t have this kind of language in this film, to this degree.” — Warner Bros. honcho Alan Horn to Departed producer Graham King, having gotten a very clear idea from early dailies that no brakes were being applied whatsoever on the use of salty street patois (“ya muthah fucked me,” etc.). (Quote passed along by King during Sunday’s “Movers & Shakers” panel at the Santa Barbara Film Festival.) 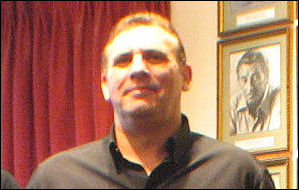 “You are not entitled,” Bill Condon tells N.Y. Times reporter Laura Holson about winning an Oscar, “an honor he won in 1999 for writing Gods and Monsters and for which his Chicago script was nominated,” she writes. Winning the fabled gold statuette “is a gift,” he adds. “That sense that you deserve it is wacky.”
“We were never going to win [the Best Picture Oscar], even if we were nominated,” Condon says, laughing. “The money we would have spent on the campaign, the insane amount of money we saved…people spend like drunken sailors, you know.” In Patton, George C. Scott says to an audience of soldiers, “I’d never give a hoot in hell for a man who lost and laughed.” I would. Condon’s attitude about the Dreamgirls shortfall is extremely classy and attractive. He’s one of the best people in this town; he’s coming from a very serene and confident place. 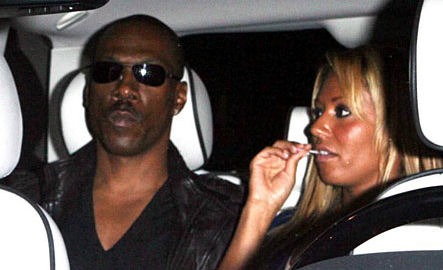 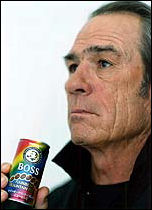 Sorry, but I ‘m not getting whatever it is I’m supposed to get. The juiice isn’t seeping in; I’m not feeling the tingle. The spots aren’t that clever or witty or “cinematic.” They’re decent, servicable, not terrible, etc., but all they do is make you wonder how much Jones was paid.

At yesterday’s “Movers & Shakers” (i.e., producers) panel at the Santa Barbara Film Festival, L.A. Times columnist Patrick Goldstein asked Little Miss Sunshine producers Albert Berger and Ron Yerxa to comment about the Academy’s grossly unfair decision to exclude them from the official group of three who, if LMS wins the Best Picture Oscar, will be allowed to go up onstage and receive a statuette, despite theirBerger and Yerxa being the film’s “real” ground-floor producers.
Yerxa gave a soft-pedalled response, saying that the Producers Guild, which approved Yerxa and Berger as one of the LMS producers, and the Academy “are not fully conversant.” Berger was more emphatic: “We produced this movie. Whatever the Academy may say or determine, we produced this movie.”

I don’t mean to sound like a rabbit-hole cineaste who only processes life in terms of movies and images, but this N.Y. Times photo of Iraqi soldiers dealing with captured gunmen during a sandstorm is like something Vittorio Storaro would have crafted if he was working on a feature about the Iraq conflict. Those burnished orange-sandy hues look like they were rendered with a color filter. Quite beautiful. 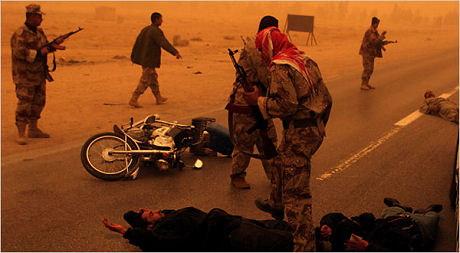