Chris Rock‘s I Think I Love My Wife (Fox Searchlight, 3.16) isn’t over-the-moon great, but it isn’t half bad. The one-sheet tells you it’s a generic marital infidelity comedy and it certainly has the lightness of tone that goes with the form, but it also has some mildly surprising grace notes and side-intrigues that you don’t usually get with this sort of thing. 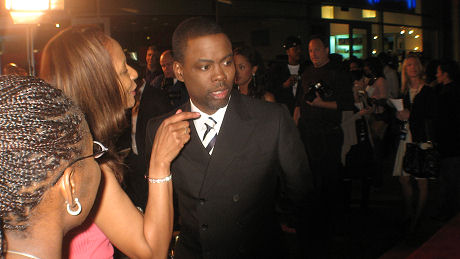 I could write a 1500-word piece, easy, about the indications in Chris Rock’s expression and body posture in this shot, which was taken last night outside the Arclight, prior to the premiere screening of Rock’s I Think I Love My Wife — Wednesday, 3.7.07, 7:25 pm

One of the interesting side notes is that the film seems to be saying that wealthy, upscale African-Americans are living lives in their toney suburban homes that are just as bland and conservative and spiritually enervated as the regimented, martini-supplanted lives that suburban white-breads have been accused of living for decades, going back to the days of John Cheever‘s “Bullet Park” and Sloan Wilson‘s “The Man in the Grey Flannel Suit.”

I Think I Love My Wife is about a well-employed commuter husband (Rock) who’s bored and frustrated because his wife (Gina Torres) is never in the mood, so he starts sniffing around (and I mean just that — sniffing, not tom-catting) and pretty soon into the film a very sexy lady he used to know in his youth (Kerry Washington) is visiting him at the office and showing all kinds of interest, etc. The light is green, the door is open — all he has to do is walk through.

But Rock (who directed and co-wrote) is not exactly a fire-in-the-loins type, and so nothing really happens in the way of libidinal incrimination. But oh, boy…does it almost!

The “almost” and “nothing really happens” aspects are actually what make Rock’s film feel agreeably different. Obviously Rock made it in order to share some personal impressions of married life and his deep-down feelings about catting around, but the moderate, meditative tone (and perhaps the lack of overt crassness — there’s only one dick joke in the entire thing) is probably due to some extent to the surprising fact that it’s based on Eric Rohmer‘s Chloe in the Afternoon (1972).

Yes, that’s what I’m saying — I Think I Love My Wife is essentially Eric Rohmer channelled through Chris Rock. (The Chloe acknowledgment is right there in the opening credits.) 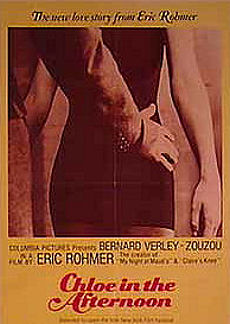 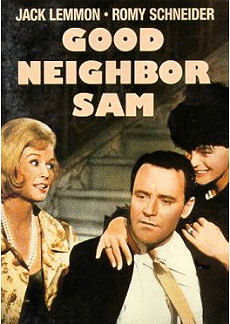 The Rock and Rohmer films are different in numerous ways, of course. Maye dozens of ways. The Rohmer is…well, Rohmer resplendent. Chloe is one of his “Six Moral Tales,” and this one , at least, is about much more than watching paint dry. Rock’s film, however, is basically about resignation, subjugation, regimentation. Nothing that wild or perverse happens, but the restraint that he shows — the Rohmer-esque mood and attitude that he tries to re-express — is at the very least distinctive and intriguingly un-American (i.e., faux-French).

Okay, there’s one half-perverse moment when Steve Buscemi, as Rock’s co-worker who constantly cheats on his wife, says, “I may not look like Brad Pitt, but I can fuck like him.”

Rock’s film is actually a hybrd of itself, the Rohmer film and David Swift‘s Good Neighbor Sam ()1964, a Jack Lemmon comedy about a married advertising guy (Dorothy Provine plays his wife) with dreams of having an affair with a visiting French lady (Romy Schneider). It’s funny (or not so funny) how the sexual frustrations of Lemmon’s character and the general idyllic/antiseptic vibe of the home and neighborhood in which he and his life live are almost exactly the same as the ones in Rock’s film.

If you want a positive slant, Rock’s film is about being happy with the good serene stuff you have in your life rather than bitching about the exciting, hot-blooded stuff you’re missing.

Sharon Waxman‘s 3.8.07 N.Y. Times piece says First Look honcho Henry Winterstern was deep-sixed last Friday (Winterstern tells Waxman he resigned because the board didn’t want to buy Nu Image/Millennium Films) because of “a disastrous 2006 at the box office and a taste for spending, with little cash flow to show for it.” 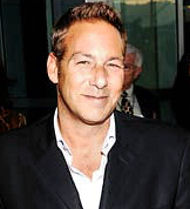 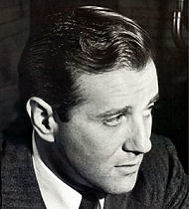 My impression from the Waxman article is that Winterstern is kind of a Bugsy Siegel character, and that he was whacked for the same reasons Siegel was shot to death, because he was too much about swagger and slick moves, too full of himself…too much of a big dreamer who lacked a balancing sense of financial prudence.

The clear impression from the Waxman story is that the First Look board members concluded last week that Winterstern “doesn’t respect money,” which, to go by Warren Beatty, James Toback and Barry Levinson‘s Bugsy, was Meyer Lansky‘s assessment of Siegel.

Waxman says Winterstern has a gangsterish look about him — i.e., “the craggy looks and hunched-over affect of a street fighter.” Oh, and one other analogy: Winterstern’s presumably a law-abiding sort, but to judge from the Waxman piece he spent gobs of money on a glistening showplace — moving the bulked-up First Look staff into the former CAA headquarters — in the same way Siegel spent gobs on the Flamingo in Las Vegas.

If Winterstern was going to spend big, he had to also bring in the bucks — and you sure as shit aren’t going to do that with movies like The Dead Girl, despite its fine reviews and powerhouse performances. First Look execs probably should have beat the bushes in search of the latest, cutting-edge slasher filmmakers (there’s a 22 year-old kid out there right now who knows exactly what the next wave of slasher/horror is all about) and released a couple of those to build up the bank account, and move on from there.