This parody reel isn’t all that clever or special — it’s simply a Hollywood movie countdown from 100 to 1 — but the clips are nicely chosen and very well-timed. Some dude named “AlonzoMosleyFBI” assembled it, claiming it was his first effort and his first YouTube post. It was previously linked on Roger Ebert‘s Answer Man column. Thanks to HE reader Richard Swank for the tip.

Because Sylvester Stallone‘s Rocky Balboa kicked some surprising box-office ass ($80 million domestic, $150 million int’l) last year and similar-type earnings from his aging-Rambo remake may be in the offing, the MGM guys — holding high the attitude and aesthetic of Cannon Films in 2007 — are “in talks” with Stallone to direct and star in a remake of Death Wish, the 1974 Charles Bronson-Michael Winner film.

The belief seems to be that audiences weren’t into Jodie Foster and Neil Jordan‘s The Brave One, which was almost a literal Death Wish remake, because they thought it was too womanly-emotional. But they might have felt differently about a similar-type story with some hard guy blowing away the bad guys.

All right, cut it out, this is loony — no way is anyone going to be interested in seeing this story done again so soon after The Brave One. Plus there’s that pesky fact that New York City isn’t the crime capital it used to be in the early ’70s. If Stallone and screenwriters Michael Ferris and John Brancato are smart, they’ll think up a new locale and a new angle. And they won’t have Stallone’s Paul Kersey be an architect because no one will buy it.

Where credit is due: OK! is reporting that Katie Holmes ran the entire 26-mile New York City Marathon yesterday. She reportedly finished the race in 5 hours, 29 minutes and 58 seconds. Hats off, show of respect, eat my words.

Josh Brolin shared an observation earlier today about Lewellyn Moss, his No Country for Old Men character, that had never come to mind. The first and only time Lewellyn really smiles in the whole film is at the very end, when he’s talking to that woman sitting next to the pool, the one who wants to share some beers.

I mentioned that I loved the first intimate scene between Lewellyn and his girlfriend Carla Jean (Kelly Macdonald) because of how they sit close and don’t look at each other…casual, unforced…you know in less than 10 seconds these two have a great relationship. Brolin says “it was a conscientious decision not to look at each other….these people are going to be together for the rest of their lives, and you call tell that absolutely. I like that, man. Makes me happy. I’ve been going through all those shitty interviews…”

We talked about some other stuff besides, including a short film he’s made called X that he’s hoping will be shown at the Sundance or Santa Barbara Film Festivals. Here’s the mp3.

Laundry-listing the violent movies of November-December, N.Y. Times columnist Caryn James wonders if viewers “really want a river of blood” at this time of year or any for that matter. The turn-off factor is not blood or bleeding itself — it’s the sense that the director is indulging some kind of blood-pain fetish and trying to arouse the audience into sharing in it the way a master chef will tantalize diners with a whiff of some special sauce.

The only ’07 movie that seemed to play this game, by my standards, wasDavid Cronenberg‘s Eastern Promises, which James acknowledges is “probably the yearÃ¢â‚¬â„¢s bloodiest film.” I’ve called it a Russian penis movie — queer for knives, reeking with odious machismo, seeming to lust for the thrill of dominance and the stabbing and slicing of flesh. I hated, hated, hated it, and I’m speaking as a worshipper of A History of Violence.

The only other film that may, according to buzz, be guilty of a blood fetish is Tim Burton‘s Sweeney Todd. The word is that in certain scenes the blood comes in gobs, torrents, rivers.

I’m cool with the “red, red vino” in all the others — the visually witty bloodlettings in No Country for Old Men, the faint use of the stuff in American Gangster, etc. There Will Be Blood shows it, I recall, in exactly one scene — the notorious final one. I don’t know why James even mentioned Lions for Lambs since it barely shows any traces of hurt or redness or anything.

I’m wondering which films may have struck others as too much, too sticky, too covered with the stuff. Not just this year but anytime since blood became allowable or semi-fashionable.

As she writes about speaking with Into The Wild‘s Hal Holbrook, who is perhaps the lead contender for Best Supporting Actor at this stage by virtue of being the reigning old-guy veteran who finally deserves an Oscar after all these years (a.k.a., the Alan Arkin rationale), Awards Daily‘s Sasha Stone writes that “from the day your kids are born you can never do enough, never be enough, never give enough compared what your hopes and dreams for them are. And parenting is nothing but a long series of mistakes, with minor miracles here and there, that you hope amount to something good in the end.” 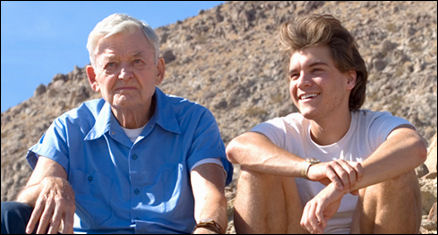 “The general formula for most filmmaking could be broken down thusly: concept + stars + brute-force marketing = hoped-for payday. The studio system, with a need to appeal to plenty of people with huge opening weekends, does not generally lead to great cinema. But when the hydraulics of prestige are introduced into that equation, odd and wonderful things can happen. 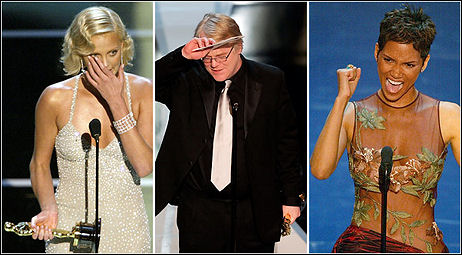 “Big paydays are forgone by actors, directors work with (and for) far less money, and studios put money and promotion into films that have limited financial horizons. Actors, producers and directors know that when all is said and done, their obituaries are not going to mention their lifetime box-office tallies. The Oscars, by forcefully acknowledging artistic excellence, help people access the angels of their better natures.” — from David Carr‘s 11.4 N.Y. Times piece called “The Little Gold Man Made Me Do It.”

It didn’t seem worth posting at first, but I’ve watched this Jerry Seinfeld. vs. Larry King clip about four or five times now, and Seinfeld’s facial reaction when King asks him if he ended his long-running series on his own or if he was cancelled gets funnier every time. This is the beginning of the end for Larry King. No shame in this — you forget stuff when you get older, but you really start forgetting stuff when you hit your ’70s.

At a party last night a guy who usually knows what he’s talking about told me to forget Amy Adams as a Best Actress contender in Enchanted (Disney, 11.21). Not to be mean or dismissive toward Adams, who’s always very winning whatever the role, but because the film holds back too much — it reeks of too much caution and timidity and wanting to keep things “safe.” 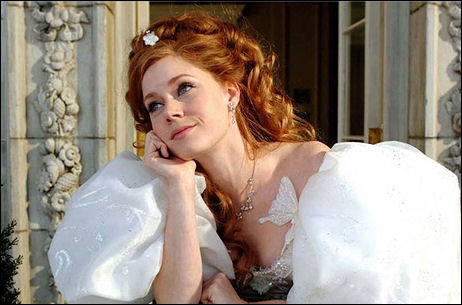 In other words, it’s not enough to be “really good” in a part. The film you’re part of has to at least aspire to being an award-level thing also. It doesn’t have to succeed magnificently in this effort, but it has to at least try. And all bets are off if the movie is some calculated family confection, especially if it’s from Disney, which is out of the game anyway since cutting Nina Jacobson loose and deciding to be a family-friendly movie studio. 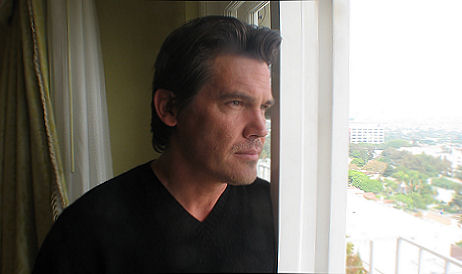 The gifted but very fortunate Josh Brolin, whose ship came in this year in spades. His landmark performance as good ol’ boy Lewellyn Moss in No Country for Old Men started things off last May. Subsequent deep-burn roles in American Gangster and In The Valley of Elah solidified matters. You could even include his goof-off performance in Planet Terror…what the hell. Photo taken Sunday, 11.4.07, 12:50 pm at the Four Seasons hotel. [Audio interview will be posted later today.]
November 4, 2007 1:02 pmby Jeffrey Wells
3 Comments
Humberto Busto, “Manuela y Manuel” 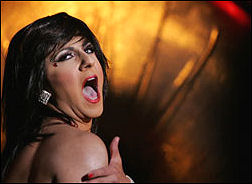