Almost exactly 13 years ago Oliver Stone and his publicist Stephen Rivers arranged for me to pay a brief visit to the Nixon West Wing — Oval Office, cabinet room, hallways, various offices, etc. Production designer Victor Kempster had built the amazingly detailed set (including an outdoor portion with grass and bushes) on a massive Sony sound stage. 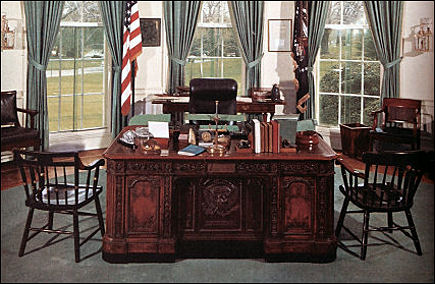 I was let in just after Stone and his cast (including Anthony Hopkins) and crew had finished filming. It was sometime around February or March of ’95. I wrote up my impressions for an L.A. Times Syndicate piece. Nixon opened on 12.20.95.

Five years later I was granted a visit to a replica of Jack Kennedy‘s West Wing that had been used for the shooting of Roger Donaldson‘s Thirteen Days. It was about the same time of year — February or March of 2000, roughly nine or ten months before the movie’s release in December. The set had been built by production designer Dennis Washington inside a warehouse-type sound stage somewhere in southern Glendale or Eagle Rock. 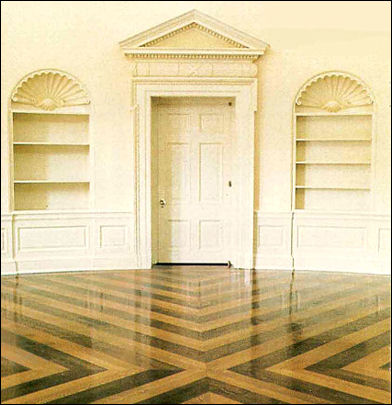