A very funny visit to Comic-Con by Triumph, the Insult Comic Dog on a recent Conan O’Brien episode. It”s always a very special thing to suffer Triumph’s slings and arrows. Whoever writes his stuff is very good. Quote #1: “It’s truly a golden era for these unbathed, overweight and friendless trend setters….perhaps one day they will conquer basic hygiene!” Quote #2: “I’m talking to the king of internet predators….he has not one but two eight year old boys hidden in there!”

I’m not convinced that Obama’s adjustment on his offshore drilling position is a mistake. Maybe, maybe not. I know it’s simply an adjustment to a prevailing view that an announced U.S. intention to drill the continental shelf for fresh oil may spur a reduction inf foreign-oil prices, and that politicians (a group of operators that — hello? — Obama belongs to) sometimes come to these realizations for the sake of realpolitik. Either way McCain can’t zap Obama for flip-flopping because he did the same thing in June.
An NPR report from late June reminds that McCain “this week called for an end to the federal ban on offshore drilling. The Arizona senator wasn’t flip-flopping, says senior campaign adviser Charlie Black, [but] acknowledging the ‘great crisis in energy’ facing the country.
“Just a month ago, when McCain was asked about offshore drilling during a campaign stop in Wisconsin, the presumptive Republican nominee noted that such resources would take years to develop, and that the U.S. should instead focus on alternative energy sources. Black says McCain’s new stance represents weeks of talks with policy advisers on how to bring energy security and energy independence to the U.S.
“‘So it’s not a change in his position as much as a new challenge to America,’ Black says.”
“My interest is in making sure we’ve got the kind of comprehensive energy policy that can bring down gas prices,” Obama told the Palm Beach Post‘s Michael C. Bender. “If, in order to get that passed, we have to compromise in terms of a careful, well thought-out drilling strategy that was carefully circumscribed to avoid significant environmental damage — I don’t want to be so rigid that we can’t get something done.”

Today’s main-title mp3s include (a) one with a central theme that sounds vaguely Little House on the Prairie-ish, although the film unfolds on a much darker and deeper plane, (b) a melodic passage dominated by a French-horn that vaguely belies the urban setting of the film, and (c) a quiet but thrilling orchestral introduction to a ’60s period film.

4 Comments
Way They Felt It 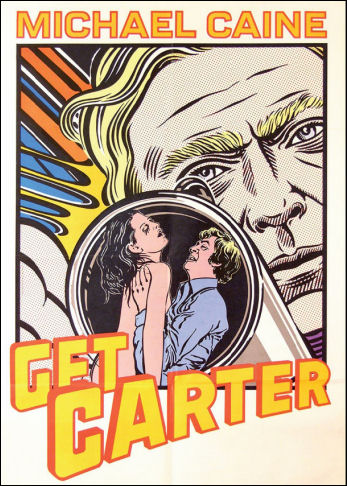 This Japanese-created, Roy Lichtenstein-ish Get Carter poster is far, far better than the one used for general U.S. release.

“Most of the posters come from the late 1950s and after, ” Wangler writes. “Hollywood classics are the focus, but there’ss a nice selection of French New Wave, world cinema classics, and genre pictures.
“As movies began to gain worldwide attention, Hollywood studios tailored their marketing to specific geographic locations, allowing local distributors to create their own publicity campaigns. As a result, writes New York Times DVD critic Dave Kehr in the introduction, films ‘were dressed up in native costumes for the different countries they happened to be visiting.'” 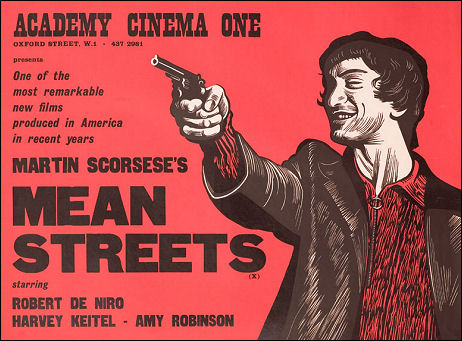 Verbatim quotes from two e-mails received this morning from right-wing patriots over the Jon Voight thing (with all original spellings left uncorrected): (a) “I just heard about your calls to blacklist Conservative actors and think you are a piece of shit“; and (b) “Congratulations, Mr. Wells, on your disgusting and vile comments on Jon Voit. You are clearly proof that the Left is still representative of Orwell’s Thought Police. You discredit and mock Mr. Voit for merely speaking his mind. How dare you try to silence the word of good Americans. I ardently believe that you are true scum of the earth and a waste of life. Good day.”
Comment for second arch-conservative: you should either use the term (a) “a waste of a life” or (b) “a waste of skin.” 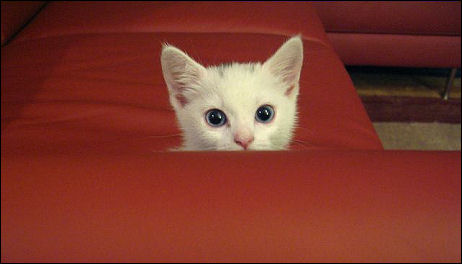 19 Comments
Two of a Kind 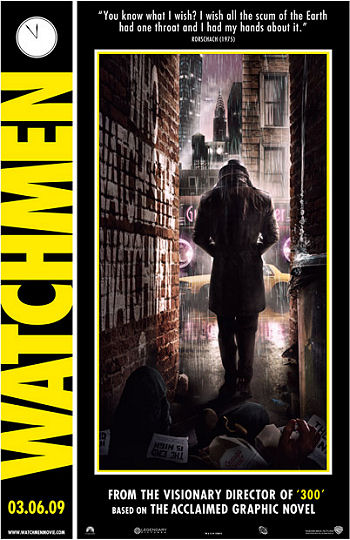 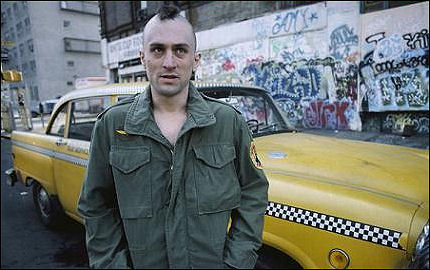 A curiously unnamed Hollywood Newsroom editor with sentence-structure issues says “we know who’s Catwoman, it’s Maggie Gyllenhaal.” Knows how? Because, he/she says, Gyllenhaal and Aaron Eckhart have “signed on for two Bat-pictures.” No source(s) offered, no allusions to where they might work, no nothin’….just “we know.” 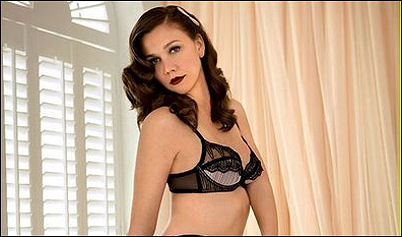 So, according to this possibly true but also possibly baseless bunk, neither Rachel Dawson nor Harvey Dent really and truly died in The Dark Knight and Rachel will live again as Catwoman.
The only reason I’m linking is because I’m attracted to the idea of Dawson/Gyllenhaal rebounding and rebirthing as Catwoman (in part because it would much cooler for director Chris Nolan to choose Gyllenhaal over rumored Catwoman candidate Angelina Jolie), and because I like the idea of Eckhart, whose career received a huge jolt in the arm from his Dark Knight performance, being back for seconds. 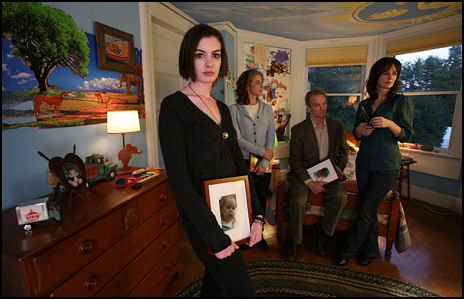 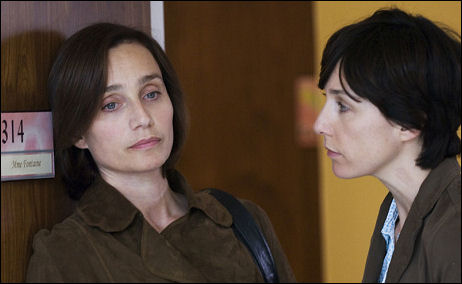 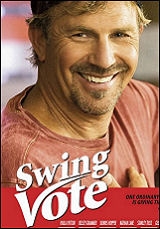 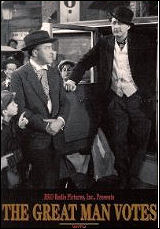