“I sometimes feel sorry for the good friends of mine that made it too quickly in their careers and got too soft and rich and complacent to develop the panoply of skills to shepherd their own dreams along. Unless they do catch up fast they will surely and sadly miss the next big, wonderful, entrepreneurial phase of this industry. [Because] it’s common knowledge that the coming reality in the not-too-distant future is going to let us all work and play inside of a brand new paradigm.” — Director-writer-actor Mike Binder in a 1.29 piece for TheWrap.com

“Sometimes there’s a [kind] of blockbuster whose grosses can’t be predicted by even the wisest of box-office sages,” writes Vulture‘s Lane Brown.

“For example, who could possibly have anticipated Paul Blart: Mall Cop‘s explosive $39 million opening weekend? Certainly not Sony Pictures, who admitted in yesterday’s LA Times that they barely thought it’d make half that. And now, as their movie Segways speedily toward $100 million, it’s finally helped give a catchy name to all films with outsize profits and similarly awfulsome premises: Blarts.

“How does one identify a Blart? Sometimes they feature the Rock as an NFL star who unexpectedly becomes the father of an 8-year old and must, for some reason, perform ballet (The Game Plan, $90 million domestic). Others star Martin Lawrence and William H. Macy as members of the same biker gang (Wild Hogs, $168 million). Did your movie earn $94 million with a cast that included George Lopez as the voice of a dog (Beverly Hills Chihuahua), or $217 million, thanks to a trailer that featured computer-generated rodents eating their own poo (Alvin and the Chipmunks)? Congratulations — you Blarted!

“The only things Blarts usually share are family-friendliness, an inexplicably enormous gross, and a screenplay that seems like it was probably submitted on a dare (also, it helps if a participating actor publicly refers to it as a ‘piece of shit.'”

If I may be so bold, a “Blart” is a film that has hit the jackpot with the lower end of the American middle-class gene pool. Simple.

Celebrating the first-ever HE post from 35,000 feet! American Airlines’ Gogo “air” is pretty fast, I must say. We’re somewhere over New Mexico, my laptop is jammed up against the seat in front of me, and the American stewardesses are graciously selling turkey and cheese sandwiches for $10.

Waiting to leave on an American flight to JFK, in sometime around 9:45 pm. But there’s an in-flight online option for $11.95! First time I’ve ever seen this offered to coach. Great.

It’s no secret that Wayne Kramer‘s Crossing Over (Weinstein Co., 2.27), which I saw last night, has had a difficult (some would say agonized) post-production history. The integrity of Kramer’s vision violated up the wazoo, all kinds of re-editing and arguing about which cut works better, Sean Penn ‘s footage being cut from the film over his discomfort with an Iranian honor-killing subplot, etc.

Generally speaking a film that goes through this much grief and second-guessing ends up feeling muddled and compromised all to hell. I’m not saying that Crossing Over is a masterwork — it’s not. It uses a familiar strategy — five or six story lines woven into a social-issue tapestry — in an attempt to be an illegal-immigrant Traffic. But it’s really Crash. To some, I realize, that might sound like a heartless thing to say, but Crossing Over isn’t half bad within the boundaries of its scheme and particularly given what Kramer had to deal with. The bruises and abrasions show, but it has a certain integrity. You can feel the efforts of a strong impassioned director trying like hell to make it work.

Crossing Over needed to be rougher and longer and less contrained. More probing and more exposition would have helped with some…okay, many of the characters. There’s an abbreviated, pruned-down feeling to the narrative, suggesting that a certain amount of nervy, rude material may have gone by the wayside.

It’s basically an in-and-out thing, but it catches a good groove about 30 minutes in and pretty much holds onto it right to the end. There are several scenes that work well, and one or two that are serious gut-slammers.

There’s a curiously touching moment when a sleazy INS officer played by Ray Liotta suddenly becomes the Heartbreak Kid — and what his character says and does is unexpected and rewarding in a roundabout way. There’s a grocery-store robbery-and-shootout scene between Cliff Curtis and a gang of Asian gang-bangers (and particularly a terrified young recruit whom Curtis faces down) that flirts with ridiculousness but is finally riveting and daring as hell.

I’m not going to say any more, but Crossing Over is by no means a wipeout. It has its moments and intrigues and curious sidelights. It just should have been longer and more wild-ass — more willing to offend. Too much second-guessing went into it, and I’m sorry for that. And I wish Penn hadn’t bailed.

Nikki Finke posted a story yesterday afternoon about Eat Pray Love, an adaptation of Elizabeth Gilbert‘s spiritual-seeker book (a kind of lah-lah travelling pants Siddhartha) that’ll be produced by Sony after getting jettisoned by Paramount. The thing that caught my eye was Finke calling Julia Roberts, who’s set to star under director Ryan Murphy, a “has-been actress.”

Roberts has been low-flaming it over the last two or three years (certainly since the middling response to Closer), but until just now I hadn’t applied the word “over” to Roberts’ career. But maybe it is. No one had specifically said so before yesterday. It’s up to the HE crowd now. How done is Roberts? And is it necessarily a tragedy that she had her 13 or 14 years in the sun — late ’80s to early 21st Century — and then decided to downshift for whatever personal reason?

Speaking to Reuters’ reporter Alex Dobuzinskis about the hard-times downsizing of Hollywood’s two trade papers (and the much-discussed possibility that the Reporter‘s print version may be gone a year from now), Variety president and publisher Neil Stiles said he “doubts his paper’s award ads will migrate to the web because studios get more punch from print,” Dobuzinski writes. 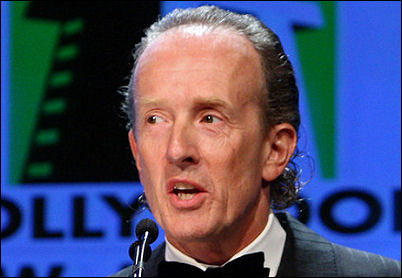 Or, to put it another way, an issue of Daily Variety “hangs around in an agent’s office, people see it,” Stiles said. ‘It’s very visible in a very tangible way. Online tends to be more of a question where someone would have to go online to find it.'”

No offense, but this is a view you’ll never hear from a 40-and-under Hollywood player. Only boomers and baby-busters say, “Gee, where do I go online to find this or that? Maybe Google will tell me.” I know the sense of tangible there-ness that comes when you see a copy of Variety sitting around someone’s office, but Stiles’ comment is a regrettably typical boomer’s view of online showbiz culture.

The perennial cultural-generational divide in perceptions between the over-50 types (certainly the over 60s) and the under-40s continues, and never the twain shall meet.

“The Dark Knight was not a great movie,” Marshall Fine explains to the fan boys who wanted it nominated for Best Picture. “It was only half a good movie. It was not as good as Batman Begins. It was not as consistently entertaining as Iron Man.

“There’s a solid 90-minute movie buried within the 150-minute slog that is The Dark Knight. And even that wouldn’t have been worthy of an Oscar nomination.

“Personally, I’m still trying to figure out why so many people got so worked up about this bloated, self-important movie. It kind of blew, in the same way that Spider-man 3 kind of blew.

“The Dark Knight had more prelims than a Don King undercard. You had to sit through Batman slugging it out with what seemed like dozens of faceless, generic henchmen before he actually worked his way to the Joker. It was as if Batman tried to cut in line to buy Springsteen tickets – and then had to take on everyone else in the line – before confronting the Boss himself.

“If you want to make a movie about Two-Face, go ahead and make one. But don’t graft it on to the Batman-Joker movie, like some weird Ray Milland/Roosevelt Grier clone. By the time Aaron Eckhart was burned into a special-effects nightmare worthy of early Sam Raimi, you mostly wished he’d just die and shut up. Or spin off to his own movie.

“Too much of this over-earnest outing was devoted to convincing people to take it seriously. It practically screamed, ‘This is literature! This is art, by God!’

“Meanwhile, writer-director Christopher Nolan left out a couple of key elements. Fun, for one. Excitement, for another. If I wanted to listen to Nolan’s dissertation on the nature of heroism in modern society, I would have gone to grad school with him.” 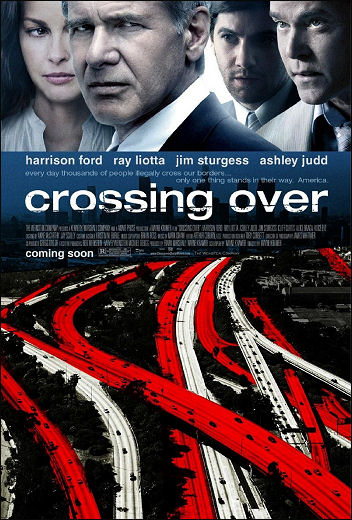