“I got quite a shock yesterday,” Mad About Movies author Shawn Levy wrote early this morning. “Browsing the movie pages in the Sunday Oregonian, I saw an ad for Francis Coppola‘s Tetro and thought, ‘This is opening on Friday [and] we haven’t seen it yet?’ And then I noticed the phrase “now playing” in the ad and I felt a little sick. The film had opened? And we had missed it?

“I checked Friday’s A&E and found a ‘now playing’ ad for the film, and then i went online and checked the showtimes for the theater in question (the Fox Tower, FYI) and learned that, indeed, Tetro had opened on Friday, July 3 in Portland without anyone involved with the film telling the region’s largest media outlet about it.

“I consulted the film pages in the Portland Mercury and Willamette Week — our alternative weeklies — and their film editors seemed not to have heard the news either. Tetro had been released into the wild with no warning, no previews, and, of course, next-to-no chance to make a nickel from Portland moviegoers.”

“I would really like us all to have a meeting about this so we can discuss and generate more ideas for the third weekend EVENT. Maybe we can have Optimus Prime host a day at the MTV Beach House? They still do that? Just spitballing, but that’s the kind of thing we should be kicking around together. Because I WILL NOT be beaten by the foreign gay with the lederhosen hot pants. — Thank you, Michael Bay” — from today’s debut Movieline entry by Mark “three times weekly” Lisanti, posted at 1:15 eastern.

8 Comments
All or Nothing

Mark Lisanti, the Defamer hotshot from ’04 to ’08, starts today as Movieline‘s new editor-at-large with three commentaries per week. And what if something really astonishing happens on a Tuesday or a Saturday or a Monday night? Lisanti is going to sit on his hands and wait for the next scheduled posting op? That’s not cool, man, if that’s the deal. If you’re in it, you’re in it.

“This is dialectics. It’s very simple dialectics. One through nine. No maybes, no supposes, no fractions. You can’t travel in space…you can’t go out in space, you know, without like, you know, with fractions. What are you gonna land on? One-quarter? Three-eighths? What are you gonna do when you go from here to Venus, or something? That’s dialectic physics, okay? Dialectic logic is, there’s only love and hate. You either write for a movie site full bore or you don’t. No chickenshit fractions.” — Dennis Hopper‘s photojournalist speaking in Francis Coppola‘s Apocalypse Now (1979).

I’m coughing as I write this because I don’t generally hold with Republican VFW guys, but I pretty much agree with what New York Congressman Peter King is saying in this video. I didn’t say exactly the same thing in my 7.2.09 “Jackson Virus” post, but it was in the same general ballpark.

It appears as if C. David Heymann‘s “Bobby and Jackie: A Love Story” (Atria, 7.14), which tells of a four-year affair between Robert Kennedy and Jackie not-yet-Onassis Kennedy from ’64 to ’68, may be legitimate and credible. Maybe, not sure.

Reading a N.Y. Post description of it got me, in any case, because of a description of a fascinating shared psychology that may have existed between the two — the eroticizing of a family relationship as a way of suppressing trauma and grief.

When I read this I was immediately reminded of the so-called “terror fucking” syndrome that caught on in Manhattan for two or three weeks following 9.11.

Heymann’s book, due in stores a week from Tuesday, reportedly includes recollections of the affair from such Kennedy family intimates as Pierre Salinger, Arthur Schlesinger, Jack Newfield, Gore Vidal, Truman Capote and Morton Downey Jr. Heymann reportedly “spent nearly two decades researching the tome, even digging through old FBI and Secret Service files about the clandestine couple. Tapes of his exhaustive interviews are available at the SUNY Stony Brook library.”

I’m still a little reluctant to buy into this lock, stock and barrel, but the following portion of Jeane MacIntosh‘s N.Y. Post piece put the hook in because it seemed emotionally and psychologically credible:

“By all accounts, the romance between Jackie and Bobby sprang from their shared grief over the assassination of John F. Kennedy. It was the coming together of a man and a woman as a result of his bereavement and her mental suffering at the hands of her late, lecherous husband,” according to Jackie confidant Truman Capote.

“It was passionate, [but] it was doomed.”

Update: The opening eIght minutes from The Hurt Locker appeared this morning on Trailer Addict. I for one thought it was a brilliant ploy on Summit’s part to help people understand what the film is like and get them into it. Then a columnist friend informed that the clip was “siphoned off the servers of either Summit or Hulu, where it was supposed to premiere. It’s straight-up scumbag piracy. I’m hoping you’ll take it down so that people stop giving that pirate site traffic.” And I was about to when I realized the footage itself had been removed. I still say that that eight-minute clip was enticing.

Jennifer’s Body will make a lot of money, of course, because of the exceptional Cody dialogue (“No, I mean actually evil, not high-school evil”) paired with Megan Fox‘s depiction of rabid vampire sexuality. Can’t miss. Here’s a video chat with Cody by the Dish Rag‘s Elizabeth Snead. 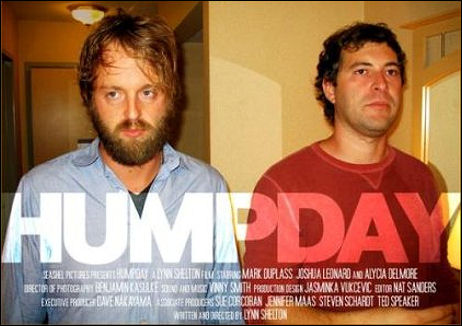 55 Comments
Roasting on a Spit

In the wake of Sarah Palin‘s resignation announcement last Friday — “I quit, this job involves too much difficulty and conflict, I want those lower-48 bucks while the getting is good” — she explained that her family was behind her four-square. “In response to asking, ‘Hey, you want me to make a positive difference and fight for all our children’s future from outside the governor’s office?’ It was four yeses and one ‘Hell, yeah!” And the ‘Hell, yeah’ sealed it,” she said.

In other words, no one in her family — not husband Todd and not children Track, Bristol, Willow and Piper (with one-year-old Trigg abstaining due to age and other issues) — said to her, “Get the contracts from Fox and the speaking engagements — hell yeah, go for it — but what about seeing your electoral responsibility through to the end of your term? Your approval ratings are down and everyone’s ganging up on you, but you don’t want to be called a quitter. This speaks to character. If you want to walk away, fine, but walk away clean.”

Nope — no one said this. Her kids all said, “Yeah, mom — pocket those Fox bucks! Get that nighttime talk show, grab those speaking fees, the hell with finishing your term and screw the responsibility.” This in itself exposes the ethical malignancy of the Palins (and Palinism) for all to see.

This also encapsulates the Great Spiritual Cancer of the Republican entrepenurial middle class in this country. Their lives are so completely geared to making money and cashing in that when the iron is hot, they can only see the iron. Rake it in and worry about ethics and character later on, if ever. 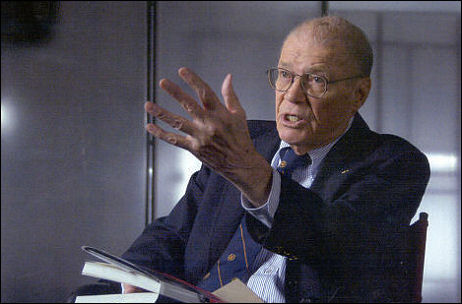 A week or so ago the Toronto Film Festival re-invited veteran journalists to sign up and get themselves squared away, so that’s what I did. I know that the whole show is moving south sooner or later to the Bell Lightbox, so I asked Toronto Star critic Peter Howell what’s doing. “They’re still building the Bell Lightbox,” he answered. “It may be ready for part of the 2010 fest, and supposedly will be ready for 2011. The press part of the festival this year will still mostly happen at the [Bay and Bloor] Manulife Centre.” 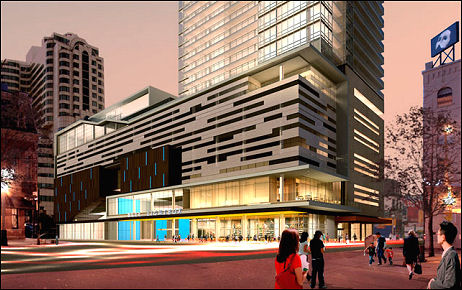