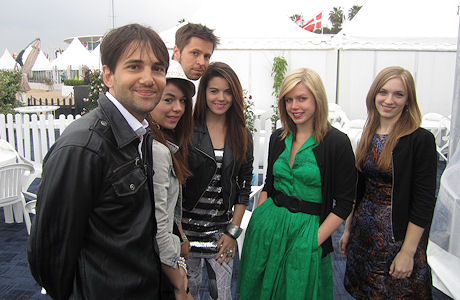 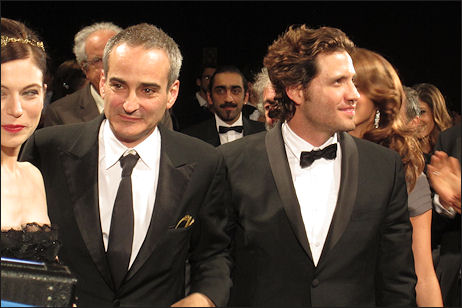 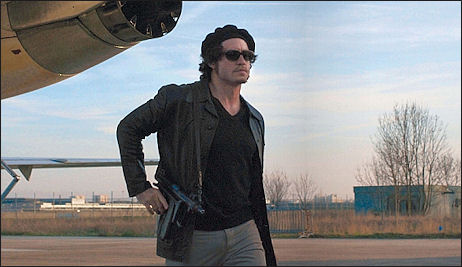 Excellent news about David Fincher‘s Se7en coming to Bluray on 9.14. I remember a couple of details about the Los Angeles all-media screening for this 1994 landmark film. I recall that it happened at the Mann Village, and that Don Murphy was there, and that after it ended a couple of guys on the street were imitating Brad Pitt yelling “what’s in the baahhx?”

The Weinstein Co. threw a rooftop party last night for Derek Cianfrance‘s Blue Valentine, the time-shifting relationship drama starring Ryan Gosling and Michelle Williams. It’s now seven minutes shorter than when it played Sundance 2010. Here’s a quote from my 1.26 Sundance Film Festival review: “[It’s] a pretty good film, or certainly one made by some undeniably talented folks who would rather shoot themselves than make another relationship movie in the same old way.” 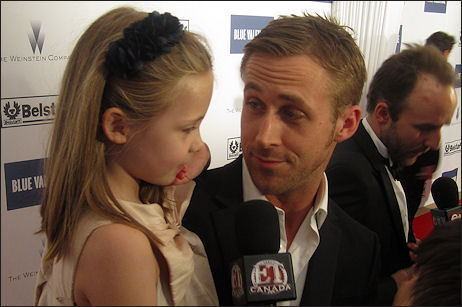 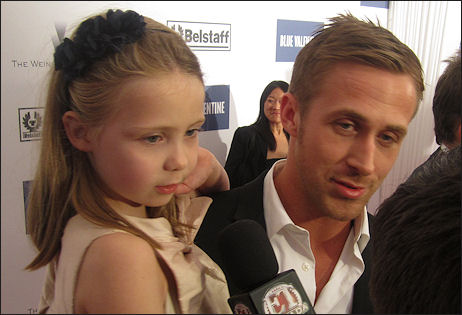 Last night The Wrap‘s Steve Pond posted an amusing summary about the recent Battle of Biutiful. “At the moment, Alejandro Gonzalez Inarritu‘s film stands as the second most divisive in the short history of indieWIRE’s criticWIRE poll,” he reported, “trailing only Harmony Korine‘s Trash Humpers.

“And Anne Thompson, who liked the film quite a bit, was left wondering what its commercial prospects could be: ‘This movie will be lucky to land a micro-distributor, much less Sony Pictures Classics or Focus…a movie like this needs a tsunami of critical praise to draw any audience at all. It will be lucky to pass the $1 million mark in the U.S.’

“In other words, reaction was all over the map. And that’s when things got ugly.”

Meanwhile, the L.A. Times Stephen Zeitchik reported that the Weinstein Company will probably make a deal to distribute Inarritu’s film.

16 Comments
T'was The Night Before Carlos

A nice breakfast and a lot of walking around pour moi before settling down with Olivier Assayas five-and-a-half-hour epic (including, I’ve heard, two intermissions) at noon. Backsides will be tested, but I’m told it’s the genuine shit.

After throwing an anger fit over the inexplicable Biutiful hate vented over the last 28 or 30 hours, I’ve come to accept that the naysayers are just too numerous and persistent to push back against. Just a feeling that began to sink in about an hour ago.

I’m finally watching David Robert Mitchell‘s Myth of the American Sleepover — about a half-hour in — and it’s clearly as sharply cut and well-observed as SXSW reviews have claimed. Nothing feels written or faked. Each and every scene has a natural ease and honesty.

But if I was under fire and taking cover in Afghanistan, I’m wondering which of these kids, if they were also there, would have the cojones to shoot back like Val Kilmer did in Heat? They all seem so passive, so low-energy whatever. They’re all about whim and instinct and going with dreamy feelings. That’s the realm and the psychology, of course, but what is life at any age without tests of character in hairy (or at least semi-hairy) situations? You know, like with Richard Dreyfuss and the Pharoahs?

Fair Game director Doug Liman, who arrived in Cannes last night, did an American Pavillion q & a about two hours ago with USA Today‘s Anthony Breznican. In the clip below he talks about his reasons for casting Naomi Watts as outed CIA spy Valerie Plame, above and beyond physical resemblance.

Factual and emotional truths were the things he adhered to above all, he said. He decided firmly against using any Oliver Stone-like speculation or invention. And he didn’t try to emulate the tone or pacing or mood of any previous Washington, D.C.-based fact thriller (i.e., All The President’s Men) as he began filming, he said, although he acknowledged that stylistic influences have a way of seeping in regardless.

He mentioned to me before the interview began that a hush-hush earlybird screening of Fair Game (i.e., an opportunity to let numerous journalists who will have flown the coop by the time of Thursday morning’s press screening to see it) was out due to festival rules about competition films.

Fatigue and whatnot prevented my seeing Lucy Walker‘s Countdown Zero on my flu-recovery day (i.e., Sunday, 5.16) . I’d try again if there was a makeup screening. For some reason the premise didn’t kick in personally until a director friend mentioned a few weeks ago that it’s all but certain that terrorists will one day get hold of a nuclear device. And all of a sudden that feeling was there.

I did a ten-minute chat late this morning with Inside Job director Charles Ferguson. It happened at the semi-outdoor (i.e., ceilinged) atelier on the Majestic Beach. Weak sound, so-so photography, decent questions (especially the one about whether some of his rich-banker subjects may have agreed to speak to him because Ferguson himself is a rich guy). Here’s my original review.