I can’t see not buying the British Bluray of Bernardo Bertolucci‘s The Conformist (’70). The gauzy, dreamy lighting that makes Vittorio Storaro‘s lensing of this ballroom scene so special is evident even in this YouTube clip. Imagine it looking “brighter, thicker, richer and [with] more grain,” as DVD Beaver’s Gary Tooze has written.

Armando Iannucci‘s Veep (HBO, sometime in April) stars Julia Louis-Dreyfus as a somewhat self-absorbed, slow-on-the-pickup U.S. Senator who becomes Vice-President…and is then literally a heartbeat away from assuming the Presidency when the Oval Office occupant complains of chest pains. The tone, manner and rhythm of Iannucci’s In The Loop are all flooding back into my memory.

Whitney Houston‘s sudden death on Feb. 11th “is expected to be officially ruled an accident, a source with knowledge of the ongoing investigation” has told E! News’ Ken Baker and Natalie Finn. In other words, the cause of Houston’s death wasn’t much different than her slipping on a banana peel and hitting her head. Everything was hunky-dory lifestyle and health-wise, but all of a sudden an “accident” happened and she was gone…phffft.

Paramount obviously doesn’t need to expend much energy to raise awareness about the forthcoming Titanic 3D (4.4). Diehards who saw and worshipped James Cameron‘s 1997 blockbuster 15 years ago will cough up for a somewhat darker stereoscopic version no matter what. There is, however, a second target audience — i.e., the wait-and-see crowd who aren’t sure how good the 3D conversion will be, and are waiting for buzz.

Well, guess what? They aren’t going to hear any buzz until the night before Titanic 3D opens (i.e., Tuesday, April 3rd) because Paramount apparently won’t be screening it anywhere for anyone — not for press, not for fans — for the next 33 or 34 days.

Or so it appears. Maybe they’re planing some private industry screenings I haven’t heard about. I’ve written Paramount to make sure that the 4.3 preview really will be the only peek-out between now and then, and to convey my surprise that they would go dark for this long a period.

A neutral observer would say that Paramount miscalculated by inviting Roger Ebert and David Poland to special Valentine’s Day screenings of Titanic 3D on Tuesday, 2.14, because Ebert and Poland both panned the 3D presentation, more or less. It appears that Paramount doesn’t want to attract any more “too dark and filtered” responses so they’ve parked the car and turned off the engine.

The Ebert-Poland reactions haven’t stopped writers like Cinema Blend‘s Kelly West from expressing optimism (“I’m hoping that the film will prove to be a fine example of how a movie can benefit from a 3D make-over,” she wrote earlier today), but Paramount has apparently decided they can only devalue the brand by sneaking Titanic 3D any further so that’s all she wrote for the month of March.

I’ve always liked Titanic, and I definitely love the last 25 to 30 minutes. I’ve said that for years. So it’s been my interest all along to savor Titanic 3D under the finest theatrical projection standards possible. The piece I posted yesterday suggested that a darker filtered image with a foot lambert range of roughly 4 or less is what the general public is going to see. I’d love to see something brighter and more satisfying than what Ebert and Poland said they saw, and maybe that’ll be the case when I see it on 4.3. Here’s hoping.

I spoke earlier today to Boston Light and Sound’s Chapin Cutler, who said he had no knowledge or insights about Titanic 3D‘s presentation. He did, however, repeat the basics: “3D in general is dark. The common specs are real dark and it is not uncommon for 3D to be run at 3 to 4 foot lamberts. Although there are [ways] to raise the illumination levels in cinemas, that is really hard on big screens given the 10 to 15% efficiency of 3D systems.”

Either way I would love to be able to see Titanic 3D under optimum conditions. Meaning that I’d love to be able to see it under better conditions than the general public will be paying to see. Is there going to be a screening at some high-end post-production facility between now and the 4.4. opening? A screening room that offers optimum conditions, I mean? Has any thought been given to the Panavision 3D option, an integrated image-enhancement system that works with all maor 3D projectors except Sony’s?

Update: N.Y. Post critic Lou Lumenick also saw Titanic 3D on 2.14, and posted a rave. He also tweeted the following in response to this piece: (a) “I saw Titanic 3-D on 2/14 at the AMC Loews 34th St. and it looks great, works wonderfully”; (b) “It wasn’t at all like Transformers 3, [in which] some of the daytime scenes looked like they were filmed at night”; (c) “I’ve been enormously critical of 3D, especially lousy post-conversions. But based on this, I’d like to see a 3D Wizard of Oz“; (d) “Based on the wild anticipation at the 2.14 screening, I’m not sure Paramount really needs to screen this for critics at all.”

All of this sounds great, but what, one wonders, were Roger Ebert and David Poland on about when they complained? Were they both unlucky in that the 3D projection they saw in Chicago and Burbank, respectively, wasn’t as good as what Lumenick saw in NYC? Weird.

Last year the Cannes Film Festival chose a 41-year-old mage of Faye Dunaway (taken from Jerry Schatzberg‘s Puzzle of a Downfall Child) for their official poster. This year they’ve chosen a mid-1950s shot of Marilyn Monroe blowing out a candle…whatever that implies. Me? I’ve always wanted to them to use this famous surfside shot of Robert Mitchum. There’s something sublime about his body language, and the shot was actually taken in Cannes, etc. 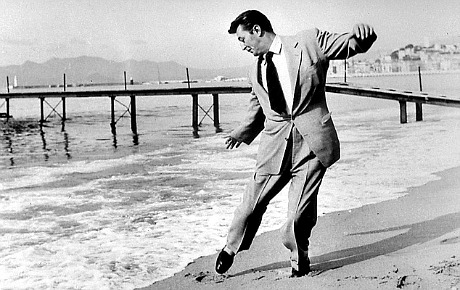 The Hobbit is out because Jackson has already snagged a Best Picture Oscar for the Lord of the Rings finale and that, trust me, is the very last Oscar Jackson is going to get for any film having anything to do with Tolkien or Middle Earth or dwarves with huge ugly feet. People are on to his game, and the days of knee-jerk Jackson kowtowing are over. The Hobbit may land a nomination, but it cannot, must not and will not win.

Django is out because it’ll just be another bullshit grindhouse B-movie wink-wanker — a neo-Italian spaghetti western (being shot in Lone Pine by way of Almeira, Spain) with everyone duded up in Sergio Leone ponchos and smoking smelly stogies and scratching matches on their six-shooters and wearing rotting-teeth dental implants and chicken-grease makeup, etc, It’ll be loads of “fun,” of course, and probably a big box-office hit but forget any level of serious Oscar consideration….out the window! Tarantino is mentally, emotionally, psychologically and physiologically incapable of delivering a film that comes from any kind of real place. He can only make films about other films, or more precisely whack off to them. He can only make movie versions of what Max Fischer did when he put on those “sampling” plays in Rushmore. He can only compose knock-off tributes to ’60s, ’70s and ’80s movies that he savored when young.

And World War Z is out because it’ll be a cold day in hell when a zombie movie becomes an Oscar contender. And because director Marc Forster, on-the-stick as he was when he made Monster’s Ball, has been seen as over or waylaid for a long while now.

Not to mention Alfonso Cuaron‘s Gravity, Wachowski/Tykwer’s Cloud Atlas and Terrence Malick‘s The Burial (or whatever he’s going to call it), Derek Cianfrance‘s The Place Beyond The Pines, Andrew Dominik‘s Cogan’s Trade, Martin McDonagh‘s Seven Psychopaths and Nicholas Winding Refn‘s Only God Forgives.

Judging by the design of the cigarette pack, I’d say these ads were created sometime between the late 1930s and early 1940s. Just a guesstimate. Mommy is stressed out because she’s working as a riveter at an aircraft construction plant near Long Beach while Daddy is off fighting the Japs and the Germans…something like that? 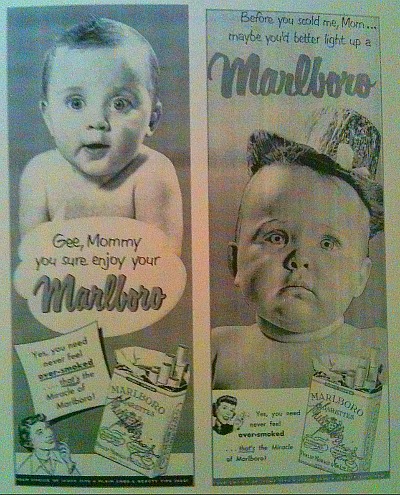 Sasha Stone, Boxoffice.com‘s Phil Contrino and I kicked it around pretty well this morning. The Oscars, Viola Davis‘s real hair (and the return of ‘fros), the box-office calamity that is John Carter, the hugeness of Hunger Games, etc. Here’s a stand-alone mp3 link. 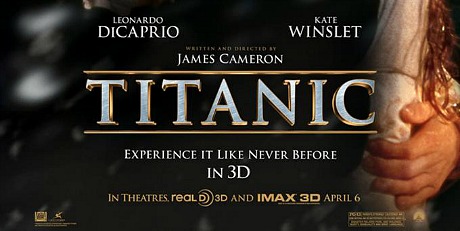