This morning the NRA’s chief propagandist Wayne LaPierre said that the best way to stop nutters like Adam Lanza would be to put armed guards in schools. “The only thing that stops a bad guy with a gun is a good guy with a gun,” LaPierre said. The only way to stop monsters like La Pierre is to ignore them and follow the lead of other countries that have passed sensible gun-control laws.

A 12.20 N.Y. Times editorial pointed out the following: (a) “The N.R.A. presents itself as a grass-roots organization, but it has become increasingly clear in recent years that it represents gun makers. Its chief aim has been to help their businesses by increasing the spread of firearms throughout American society”; (b) “The clearest beneficiary [of the N.R.A.’s political-legislative effort] has been the gun industry — sales of firearms and ammunition have grown 5.7 percent a year since 2007, to nearly $12 billion this year, according to IBISWorld, a market research firm”; (c) “The industry has, in turn, been a big supporter of the N.R.A. It has contributed between $14.7 million and $38.9 million to an N.R.A.-corporate-giving campaign since 2005, according to a report published last year by the Violence Policy Center, a nonprofit group that advocates greater gun control”; (d) “Officials from the N.R.A. have repeatedly said their main goal is to protect the Second Amendment rights of rank-and-file members who like to hunt or want guns for protection. But that claim is at odds with surveys that show a majority of N.R.A. members and a majority of American gun owners often support restrictions on gun sales and ownership that the N.R.A. has bitterly fought.”

It’s fine to riff about the Academy’s foreign language committee shortlist but the race is over. The 2012 Foreign Language Feature Oscar is going to go to Michael Haneke‘s Amour. Locked, forget about it. (Right?) The only thing that pops out is the wholly unwarranted exclusion of Christian Petzold‘s Barbara, which I saw and greatly admired at Telluride.

Leos Carax‘s Holy Motors wasn’t France’s official submission so that was that, but this is unquestionably one of the great 2012 films, foreign-made or not. Jacques Audiard‘s Rust and Bone suffered the same fate.

The Barbara snub isn’t on the level of the committee’s blow-off of 4 Months, 3 Weeks and 2 Days and/or Olivier Assayas‘s Carlos (can’t recall if it was shortlisted or not but it wasn’t nominated) but it’s a glaring omission all the same. It’s at least encouraging that the latest film from 4,3,2 helmer Cristian Mungiu, the somber and austere and entirely satisfying Beyond The Hills, did make the shortlist.

Nine films out of 71 entries were chosen. I’ve listed them in order of my own personal preference:

The shortlist will be pruned to five nominees during a marathon session lasting from Friday, 1.4 through Sunday, 1.6, during which the Academy’s foreign-branch voters will watch three of the shortlisted films each day, etc. Oscar nominations will be announced on Thursday, 1.10, in the early ayem. 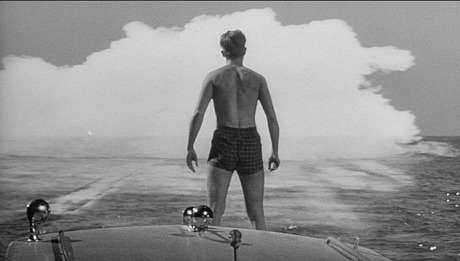 “A riveting documentary about Israel’s anti-terrorism organization, Shin Bet, told by former directors of the program over the last 40-odd years,” Jett Wells wrote on 9.3 from Telluride. “It’s amazing the kind of access director Dror Moreh got [as the doc] really sheds light on how even the biggest war hawks in Israel’s government feel how assassinations are ultimately pointless and/or self-defeating.” I concur, and am planning on watching my Gatekeepers screener this weekend.

This is a movie — that was my first thought. I’m half serious. Directed by Carlos Reygadas, Gus Van Sant, Harmony Korine or Seth McFarlane — I can’t decide which. It’s a film because the accused is in love and is fighting the charge on Constitutional grounds. If not in love he is at least in earnest. We all remember Gene Wilder falling for Daisy the lamb in Woody Allen‘s Everything You Always Wanted To Know About Sex (’72). 36 years later Zoo, a horse-sex documentary, played the 2008 Sundance Film Festival. 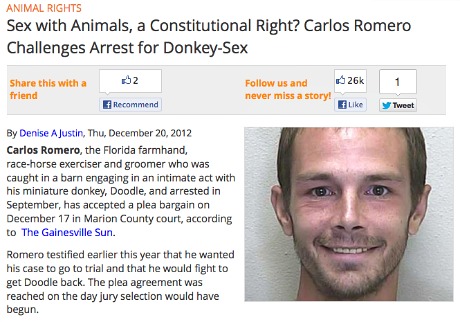 “I’ve watched a lot of movies, Paul…I know what I’m doing.” — Mark Wahlberg‘s Daniel Lugo to Dwayne Johnson‘s Paul Doyle in Michael’s Bay‘s Pain and Gain (4.26.13). Based on a 1999 series of Miami New Times articles by Pete Collins about “a couple of steroid-abusing knucklehead bodybuilders who become criminals involved in an extortion ring and a kidnapping plot that goes horribly awry.”

The Wiki page says that two members of the Sun Gym Gang, Daniel Lugo and Adrian Doorbal” — played by Hurt Locker‘s Anthony Mackie in the film — “received death sentences in Florida and sit on Florida’s death row.” If I know Bay….well, maybe I don’t know Bay. I was going to speculate that the Michael Bay I’ve known all these years is too commercial-minded to end the film with Wahlberg’s character awaiting execution. But maybe.

The best elements in the new Great Gatsby trailer, which went up last night, are the two glimpses of Times Square [after jump], and particularly the one showing marquees for two films — Rudolph Valentino‘s Blood and Sand and Douglas Fairbanks‘ Robin Hood. These films opened precisely within the period in which Gatsby occurs, from the spring to autumn of 1922. Blood and Sand opened on 8.5.22 and Robin Hood premiered on 10.18.22.

My second reaction was to wonder why director Baz Luhrman cast a 70 year-old Indian actor, Amitabh Bachchan, to play a Jewish gangster associate of Jay Gatsby‘s, Meyer Wolfsheim, whom F. Scott Fitzgerald based on Arnold Rothstein. Even if you mentally erase the fact that all big-time gangsters in the 1920s were either Italian, Irish or Jewish, the idea that an Indian guy could rise to the top of the big-time crime world of New York City in the early 1920s is, in itself, absurd.

So Luhrman gets it almost exactly right in terms of the movies playing in Times Square from the spring to fall of 1922, but he gets it wildly, flamboyantly wrong with the casting of an Indian actor pal as Wolfsheim. Whcih feels to me like two minds within the same person working at cross purposes, which indicates trouble for the film. But I’m strangely taken by his using “Happy Together,” the 1966 Turtles song, on the soundtrack. The really fruit-loopy pop elements are cool.

Looking north from the east side of Times Square in the vicinity of 44th Street.

Zero Dark Thirty opened in five LA or NY theatres yesterday, and pulled down a huge $124,848. The per-screen average of $24,969 makes it one of the biggest midweek openings in Hollywood history. Presumably some HE first-responders attended and have some responses at the ready? Please try to describe the atmosphere in the room during the screening and what people were saying in the lobby afterwards.

From Zero Dark Thirty collaborators Kathryn Bigelow and Mark Boal: “This was a 10-year intelligence operation brought to the screen in a two-and-a-half-hour film. We depicted a variety of controversial practices and intelligence methods” — like buying a Lamborgini in the dead of night — “that were used in the name of finding bin Laden. The film shows that no single method was necessarily responsible for solving the manhunt, nor can any single scene taken in isolation fairly capture the totality of efforts the film dramatizes.

“One thing is clear: the single greatest factor in finding the world’s most dangerous man was the hard work and dedication of the intelligence professionals who spent years working on this global effort. We encourage people to see the film before characterizing it.”

Thanks again for an exceptionally fast turnaround from HE artwork guy Mark Fenden. 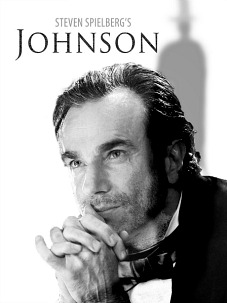 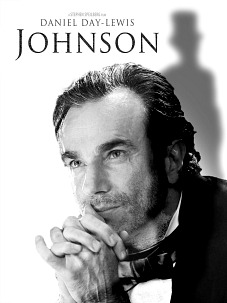 I went to Wednesday night’s Academy screening of Quentin Tarantino‘s Django Unchained, and stayed for the q & a between Tarantino (who really, really needs to hit the treadmill) and Elvis Mitchell. His movies are one thing; his interview patter another. Tarantino will always be a great conversationalist, story-teller, educator, what-have-you. 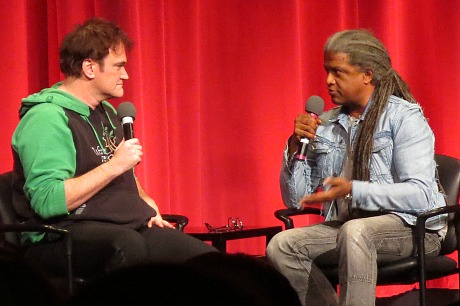 I actually don’t care who they quote. As long as Zero Dark Thirty gets its Best Picture due & as long as Lincoln doesn’t win. I don’t get the attacks about the film depicting torture. Obviously Al Qeada allies were tortured during the Bush admistration so what’s the problem? How do Diane Feinstein, Carl Levin and John McCain know for a fact that no good information resulted from torture? They believe this because they’ve been told this, but how do they really know? 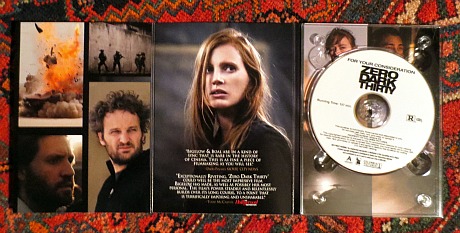