Due respect to Jean Marc Vallee‘s Demolition (Fox Searchlight, 4.8.16), which I saw at last September’s Toronto Film Festival, but I think it’s arrived just a little too late in the cycle of grief-recovery dramas. By the same token Kenneth Lonergan‘s Manchester-By-The Sea, which won’t open commercially for several months, is ahead of the curve in terms of dealing with grief-coping tropes. Also: The first time a major movie walloped audiences with a sudden CU car crash out of nowhere was Adaptation (’02), which was 14 years ago. I respectfully believe that this dramatic shock tactic no longer works — it’s been done too many times.

If Adam McKay wins the DGA Award on Saturday night, it’s over — The Big Short will definitely win Best Picture. But McKay won’t win the DGA award, you see. Mad Max: Fury Road‘s George Miller (a favorite of the “steak-eaters”) might win; ditto The Revenant‘s Alejandro G. Inarritu. Right at the top of this Tom O’Neil-hosted discussion Deadline‘s Pete Hammond suggests that Lenny Abrahamson‘s Room has a “conceivable” chance of winning the Best Picture Oscar. (Ya think so, Pete?) He also says that Saturday’s DGA ceremony “could be a Tom McCarthy win.” (As big a fan of Spotlight as I’ve been for the last five months, I’d be hugely surprised if this happens.) O’Neil doesn’t tip his hand, but Hammond seems to be personally pulling for McKay. 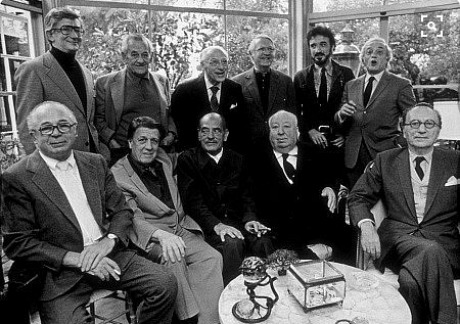 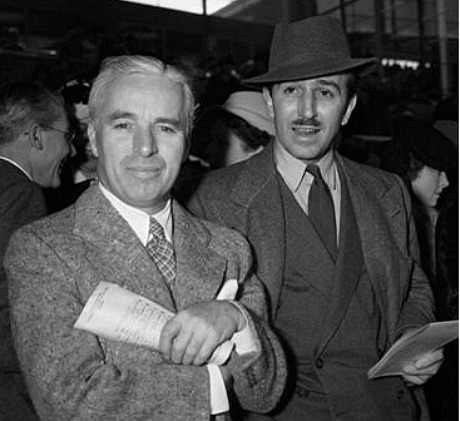 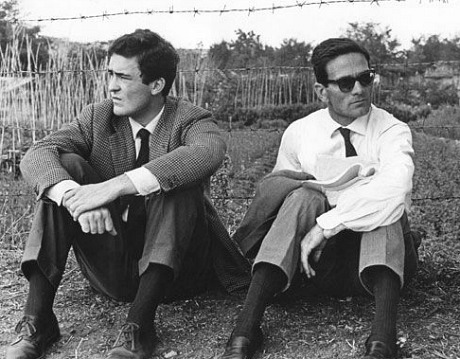 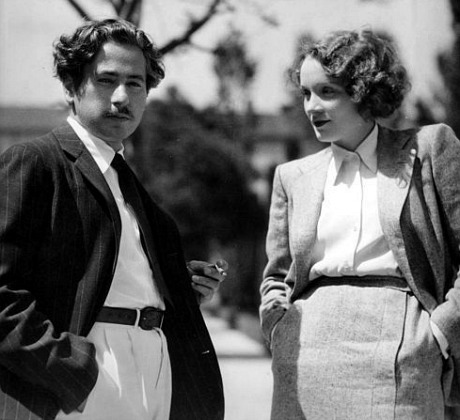 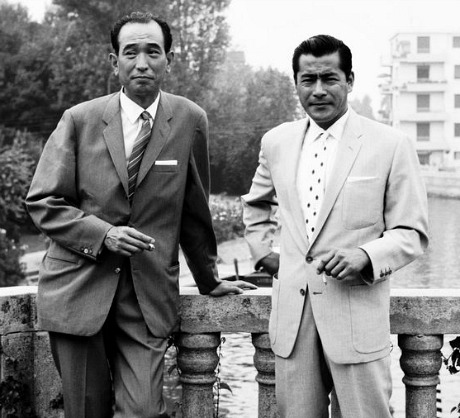 2 Comments
Had To Be There

It was a bit chilly in Santa Barbara last night. Just a bit. State Street was all but pedestrian-free. I didn’t arrive early enough to pick up my press pass so I decided against attending the SBIFF opening-night party. (I knew I’d be challenged and most likely shut down by the door goons.) Here are two dropbox videos from the opening-night screening of The Little Prince — one containing opening remarks of festival director Roger Durling and another of Prince voice-actor Jeff Bridges, looking like King Neptune with a huge, white beard, entering the Arlington theatre. 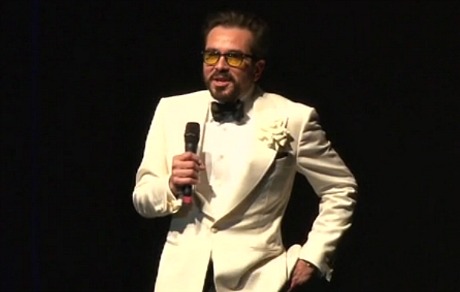 Last weekend The Daily Beast‘s Jen Yamato actually tried to hold Joel and Ethan Coen‘s feet to the fire over the lack of diversity in the casting of Hail, Caesar! Apparently Yamato was not doing a put-on interview; she apparently meant every word. Kudos to the Coens for shutting her down and calling her question “idiotic.” The exchange was posted in a 2.3 Daily Beast piece:

Way back in the mid to late ’50s, the gulf between upstanding, responsible-minded, martini-drinking World War II generation types and your basic big-city bebop/beatnik subterranean jazz musician types was all but insurmountable. This is a partly amusing summary of this disparity. I’d listened to this Shorty Petterstein interview before, but I hadn’t seen the animated version until last night.

Brian Oakes‘ Jim: The James Foley Story, which I felt conflicted about after catching it last week in Park City, will air on HBO on Saturday, 2.6.

My main complaint was that the doc felt “too worshipful.” Oakes presents Foley as “a great fellow, a ballsy adventurer, clever, resourceful, generous of heart,” I noted. “I’m sorry to say this but two hours of adoration can wear you down a bit. Was there anything about Foley that was lacking or imperfect? Most likely but the doc won’t go there.” Jim is not my idea of a wildly dishonest film, but Oakes clearly wanted to pay tribute to his childhood friend first and get to the bottom of things second.

But even with this understandable motive there’s a definite feeling of denial when you listen to Oakes speak with with The Frame‘s John Horn during a 2.2 broadcast.

Foley “loved people, telling their stories, the underdogs, the victims of war,” Oakes tells Horn. “[He] had the recipe of a war correspondent…a rare breed [requiring] physical courage, moral courage….you need to be calm under very stressful situations.”

Horn asks why Foley was a conflict journalist in Libya and Syria. Why in particular did he decide to cover Syria after being seized in Libya and held for over 40 days, knowing full well that Syria was, if anything, a scarier place than Libya?

Obviously Foley, like many journalists who’ve covered war zones, was a kind of war junkie — risk, danger, adrenaline. That famous Chris Hedges quote that was used at the beginning of The Hurt Locker surely applies: “The rush of battle is a potent and almost lethal addiction, for war is a drug.” Hedges, a seasoned conflict journalist himself, added that “war gives us purpose, meaning, a reason for living.”

Hollywood Elsewhere arrived in Santa Barbara around 5:30 pm, and is now residing in room #214 at the SB Holiday Inn. I can’t attend the opening-night screening of Mark Osborne‘s The Little Prince (sorry but I really can’t do animated) but I’ll be at the Arlington tomorrow night for the Modern Master Award presentation. The recipient will be Black Mass star Johnny Depp, who looks these days like Captain Jack’s slightly portly uncle. On Friday the American Riviera award will be presented to Spotlight‘s Micheal Keaton, Mark Ruffalo and Rachel McAdams. The SBIFF’s Virtuoso award will be presented in Saturday to Elizabeth Banks (Love & Mercy), Paul Dano (Love & Mercy, Youth, that Sundance dead-guy-farting movie called Swiss Army Man), Joel Edgerton (Black Mass), O’Shea Jackson Jr. (Straight Outta Compton), Géza Röhrig (Son of Saul), Jacob Tremblay (Room) and Alicia Vikander (Danish Girl, Ex Machina). Sunday affords an opportunity to see Terrence Malick‘s Knight of Cups on the big Arlington screen. And on Monday Room‘s Brie Larson and Brooklyn‘s Saoirse Ronan will be honored with a special dual presentation of the Performer of the Year award, which will be moderated by Deadline‘s Pete Hammond. More to come later that week (Sly Stallone, Oscar-nominated directors tribute with Scott Feinberg) but this’ll do for now.

February 3, 2016 7:51 pmby Jeffrey Wells
38 Comments
Japanese Bluray of Hawks’ The Thing? Never Bought A Japanese Bluray Before But What Could Go Wrong?

I don’t know what to do here. A Japanese Bluray of Howard Hawks and Christian Nyby‘s 1951 version of The Thing, one of my all-time default comfort films, pops on 2.26. From the RKO Collection, which is also issuing a Suspicion Bluray. I’ve never bought a Japanese Bluray before, but I’m sure the menu has an all-English option so what’s with the xenophobia? Exact same running time (87 minutes) as the 2005 Turner Home Entertainment DVD. 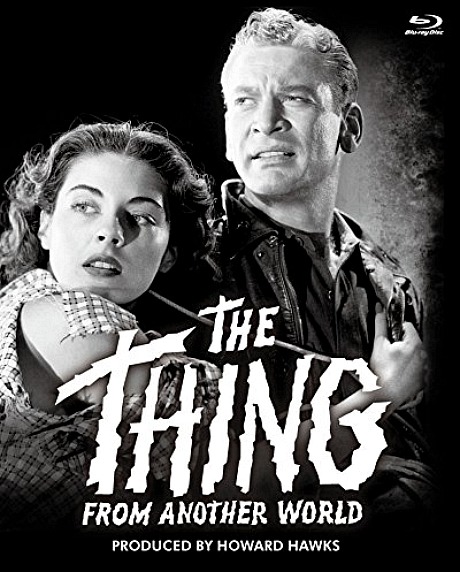 Comedy is tragedy that bends…right, Alan Alda? But something is telling me that an attempt to create humor out of the financial anxiety being endured by today’s 20somethings (which I’ve gotten a good taste of through my sons) with Miles “don’t be a pervert, man” Teller and Anna Kendrick…this feels like it may be a little short of Up In The Air when it comes to capturing the times.

Two days ago I praised FX’s The People vs. O.J. Simpson, which premiered last night, as one of the most arresting true-crime miniseries I’ve ever seen…bracing, crackerjack, really well acted, sharp writing, tightly cut,” etc. Yesterday N.Y. Times reviewer Danielle Henderson posted a response to last night’s debut episode that closely mirrors my own. What I’m looking for in particular are yea-nay reactions to Cuba Gooding‘s casting (i.e., not so much his performance) as O.J. Simpson. From my piece: “Cuba is too small. He looks older than O.J. did at the time. O.J. had relatively trim, clean features while Cuba looks weathered, saggy, baggy-eyed. Cuba has the wrong nose — OJ’s nose was straight, almost Romanesque. Cuba is whiny and raspy-voiced, his shoulders are too narrow and small, he’s too short and too wimpy. O.J. had a fairly deep and resonant voice plus largeness, presence, force. He was a formidable football guy. Cuba looks like his assistant, his trainer.”