A 1.20 Wrap story by Matt Pressberg about Megan Ellison‘s Annapurna Pictures launching a distribution arm contains a bit of a shocker, at least from my perspective. Kathryn Bigelow’s untitled drama about the 1967 Detroit riots, Pressberg reports, will be released by Annapurna on August 4th — the 50th anniversary of the riots. Which is well and good as far as acknowledging history goes, but an August release usually means no Oscar action, or none anticipated by the filmmakers and/or the distributor. I was naturally expecting Bigelow’s film, which was written and co-produced by Hurt Locker/Zero Dark Thirty collaborators  Mark Boal, to be in the Oscar conversation. Maybe it still will be, but an 8.4 release doesn’t encourage belief in that possibility.

I love this scene from Tony Gilroy‘s Michael Clayton…love it. Possibly the best piece of acting that Dennis O’Hare‘s ever delivered, and I love that look on George Clooney‘s face after the wine-glass-smash…cool, measured, not even faintly acknowledging what’s just happened.

Novitiate is basically about various repressions (mostly spiritual) visited on a group of young women who’ve committed to be nuns-in-training, or novitiates. It’s mostly set in 1964, which is when various Vatican-led reforms, known as the Second Vatican Council or Vatican II, were being implemented.

But don’t trust the The Sundance program notes, to wit: “This coming-of-age story is about a young girl’s first love. In this case, her first love is God.” The key term in this previous sentence isn’t “God” but “first love.”

Right off the top you’re going “hmmm, possibly an austere Robert Bresson-like film about the denials, devotions and disciplines of the life of a young would-be nun.”

The young protagonist is Cathleen (Margaret Qualley, 22 year-old daughter of Andie McDowell), and over the course of this 123-minute film “her faith is challenged by the harsh, often inhumane realities of being a nun,” etc. But sure enough, the old repressed-libido thing eventually kicks in and when it does, the axiom about “the stronger the constraints, the hotter the eroticism” comes to mind. I was sitting there watching a film about a nunnery, but the concept of “wood”…sorry.

I mentioned Bresson because Novitiate contains slight echoes of his passions and obsessions. He was not just a cinematic minimalist but a religious man of a conservative bent. He knew from austerity, spirituality and holding it in (i.e., Diary of a Country Priest). Except Bresson always cast his films with extremely good-looking, model-pretty actors and actresses. Sex never happened in his films, but it was certainly intimated in the features of his youthful players.

Here’s the thing — almost all the young women playing nuns in Novitiate are serious hotties. Qualley, Diana Agron, Liana Liberato, Morgan Saylor (White Girl), Maddie Hasson, Eline Powell — they’re all knockouts, and when was the last time you ran into even a half-hot nun or seen a picture of one?

Answer: Almost never. Retired actress Dolores Hart, who was quite attractive when young, is the only nun I’ve heard or read about who stands out in this regard. The actress who played a novitiate in Pawel Pawlikowski‘s Ida — Agata Trzebuchowska — was beautiful, of course, but that was a movie.

Novitiate is a reasonably well done thing, a little eccentric, a little Sundance-y but not half bad. The strongest supporting performances are from Melissa Leo as Reverend Mother (basically doing the same kind of thing that Meryl Streep did in Doubt, only with a heavier hand), Julianne Nicholson as Qualley’s skeptical, non-religious mom, and Denis O’Hare as an Archbishop pressuring Leo into adopting Vatican II’s more liberal “suggestions” about how to run things.

66 Comments
Long Knives Are Out Already?

Queerty‘s Dan Tracer reports that the White House page dedicated to LGBT rights has apparently been disappeared by the Trump administration. This happened…what, three or four hours after Trump was sworn in? “When the Obama administration created the page, it was used to showcase legislative and judicial achievements and policy updates affecting gay and transgender Americans,” Tracer recalls. “It also featured campaigns to combat suicide among young queer people, like ‘It Gets Better.’ Well, not anymore.”

A huge scary monster is a stand-in for Anne Hathaway‘s darker side…check. But why is the beast avatar wreaking havoc all the way over in Seoul, of all places? Why not Tuscon, Newark, Oakland or Portland? Why not a city in Spain, where the director, Nacho Vigalondo, hails from? I understand that Colossal half-blows, but even without the Toronto Film Festival reviews I kind of hate it instinctually. Costarring Dan Stevens, Jason Sudeikis, Austin Stowell, Tim Blake Nelson.

President Trump‘s inaugural address was just another pugnacious campaign stump speech — combative, simple-minded, egoistic, inelegant, no soaring oratory or vision to speak of — basically a declaration of an intention to right perceived wrongs, settle old scores, drain the swamp, lay waste the bureaucratic hordes, restore the lives of the hinterlanders who voted for him, etc. Thank you, God, for making it rain just as Trump took the oath. 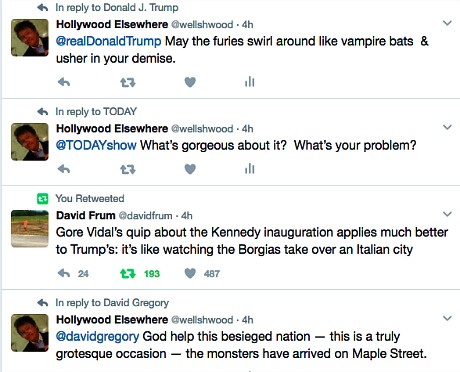 I’ve just returned from Sundance press headquarters with a pair of Eccles tickets for Sunday — a 3:15 pm screening of Craig Johnson‘s Wilson, which looks problematic, and a 6:15 pm of Luca Guadagnino‘s Call Me By Your Name. Right now I’m watching the Park Regency’s lobby flatscreens (two of them, both showing distorted taffy-pull images) with a mixture of numb resignation and paralyzing grief, but I’ve got three films on today’s slate — Margaret Betts‘ Novitiate at 12 noon (Eccles), Michael Showalter‘s The Big Sick at 6:15 pm and Charlie McDowell‘s The Discovery at 9:30 pm. If I want to be hardcore I could also catch a press screening of William Oldroyd‘s Lady Macbeth aT 2:30 pm. 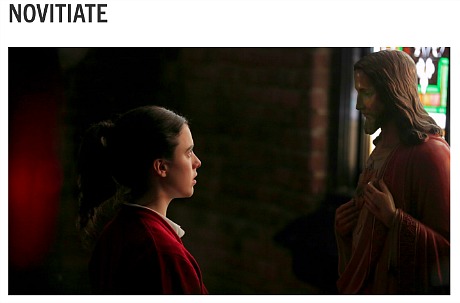 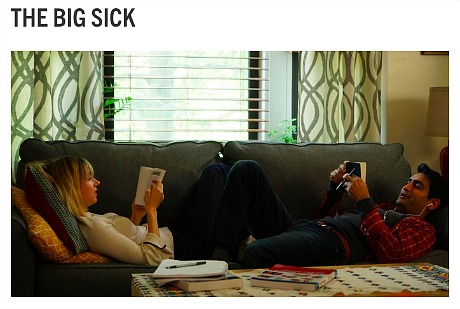 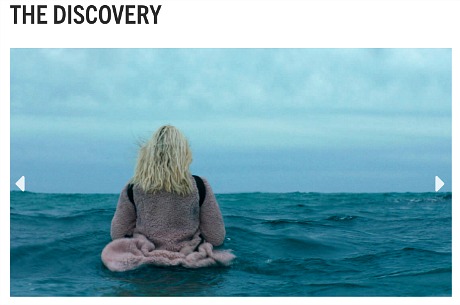 Note to snoring journo, sent at 5:43 am: “Your snoring woke me up at 4:30 am. Right through the closed door. I really, really don’t want you to share this place any longer. It’s awful to have to deal with this. I’m happy to return your money immediately.  Please vacate at your convenience. I’m sorry that I offered an invitation for you to stay here.”