I’m heading out to play badminton so this will have to be quick. It took me forever to see Geremy Jasper‘s Pattycake$ (Fox Searchlight, 8.18), but when I finally did a couple of weeks ago I was knocked over. Yes, it’s pure formula in the mode of Rocky, Hustle & Flow and 8 Mile. But Danielle McDonald is a revelation, or at the very least a superstar of the Jersey ‘burbs. (Even though she hails from Australia.) When someone like myself, a guy who’s repeatedly complained about the spread of burgeoning obesity in our culture and the increasing influence of fatty corporate foodstuffs…when someone like me does a double somersault for Patticake$ I think it means something. Yes, we’ve seen it before but it’s the singer, not the song. All hail Jasper, McDonald and costars Bridget Everett, Siddharth Dhananjay, Mamoudou Athie, the great Cathy Moriarty, McCaul Lombardi and Patrick Brana.

The below quote is from John Semley’s Globe & Mail pan of Kathryn Bigelow and Mark Boal‘s Detroit. I was more in a lamenting frame of mind when I wrote my reaction. Now the hour of reckoning is upon the HE community. It’s been playing since last Thursday night — what’s the verdict? 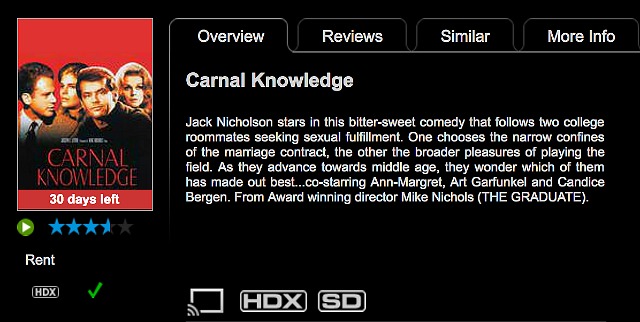 Marc Webb and Allan Loeb‘s The Only Living Boy in New York (Roadside/Amazon, 8.11) is pretty close to awful, I’m afraid. I despised each and every well-heeled, Manhattan-residing character, but that’s a roundabout way of saying I loathed Loeb’s screenplay, which struck me as grating and precious. Okay, I liked the line about Philadelphia being New York City’s most culturally vibrant neighborhood but that’s about it.

Loeb, remember, wrote the execrable Collateral Beauty, a Will Smith grief-recovery film which was also set in flush NYC environs. That touchy-feely ordeal was enough to condemn Loeb to a five-year sentence on a Southern chain gang, side by side with Paul Newman, George Kennedy and the others. Now he’s earned himself a life term on Devil’s Island with Steve McQueen and Dustin Hoffman. The man specializes in manipulative emotional goo.

Callum Turner is Thomas, a somewhat whiny, spectacle-wearing, 20something bore who’s attempting a career as a serious writer and who works as a Rizzoli-like book store to make ends meet. [News flash: No New Yorker can make ends meet in Manhattan on a retail-clerk salary. Try Philadelphia, asshole!] Thomas, who bears an extraordinary resemblance to a Northwestern timber wolf, is the son of a mildly imperious book publisher (Pierce Brosnan) and a jittery mom (Cynthia Nixon). Plus he’s in a not-quite-there relationship with Mimi (Kiersey Clemons) who’s pretty and wise but (be honest) chubby and destined for Queen Latifah-like proportions by the time she hits her mid 30s.

Early on a grizzled 60ish alcoholic writer (Jeff Bridges) appears in Thomas’ Lower East Side apartment building and quickly becomes the kid’s avuncular wisdom-dispenser. A scene or two later Thomas and Mimi happen to spot Ethan having a cozy romantic dinner with Johanna (Kate Beckinsale). Alarmed but also a tad aroused, Thomas begins stalking Johanna. They immediately start fencing and parrying, and before you know it Thomas is also putting the high, hard one to Johanna. Why is she open to going stereo with Brosnan’s son? It doesn’t seem to make sense but she goes there regardless, and without telling Brosnan, of course, and so it’s dick dick dick dick dick dick dick dick dick dick dick dick dick for this mama-san.

Until yesterday I’d never even heard of The Fastest Gun Alive (’56), a western programmer with Glenn Ford, Jeanne Crain and Broderick Crawford. But thanks to a YouTube clip of Russ Tamblyn‘s bravura dance sequence, I have now.  It seems to be from a musical but isn’t. A story about a guy related to a hot-shot gunslinger but lacking the skill himself, The Fastest Gun Alive was apparently a blend of Henry King‘s The Gunfighter (’50) and Don McGuire‘s Johnny Concho (’56). I always knew Tamblyn was a gifted hoofer, but until I saw this clip I didn’t realize he was just as good as Donald O’Connor was in Singin’ In The Rain. (Thanks to a Twitter heads-up from Amber Tamblyn.)

“That means every one of the nearly 65,000 frames in this near-lunatic labor of love (it took seven years to complete) was rendered by hand with oil paints, following a style intended to mimic that of the master. [It] has precisely the effect you might imagine, pulling audiences into the delirious, hyper-sensual world suggested by van Gogh’s oeuvre.

“As lovely as the animated-painting technique is to behold, the approach involves a kind of rotoscoping (where the frames are painted over live-action footage — a variation on the way Richard Linklater tackled Waking Life). Although this technique isn’t ‘cheating’ per se, it shackles the crew of 120-odd oil painters to what the camera sees, functioning as a kind of high-end PhotoShop filter as the individual artists are tasked with applying a van Gogh-like impasto to the underlying reference footage.

“With any luck, audiences won’t dwell on the particulars of how the effect was achieved, concentrating instead on the content of the story, which brings a poetic sense of tragedy to the last act of van Gogh’s life, and fresh insight into the kind of man he was.

“Loving Vincent may exist as a showcase for its technique, but it’s the sensitivity the film shows toward its subject that ultimately distinguishes this particular oeuvre from the countless bad copies that already litter the world’s flea markets. To the extent that van Gogh’s style permitted him to capture a deeper sense of truth, he makes a noble model for the filmmakers to follow.” 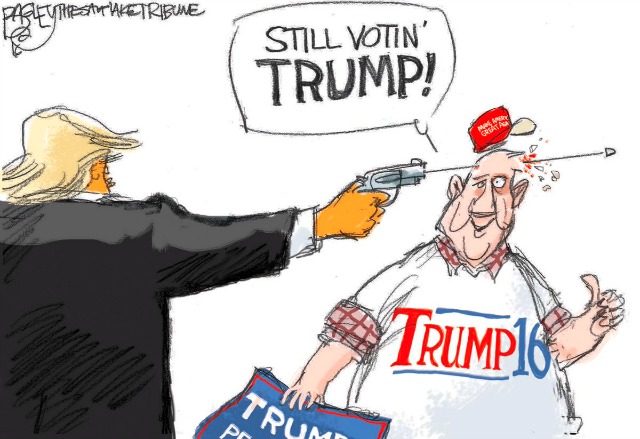