Stiller, For Sure, But Austin Abrams Is A Find 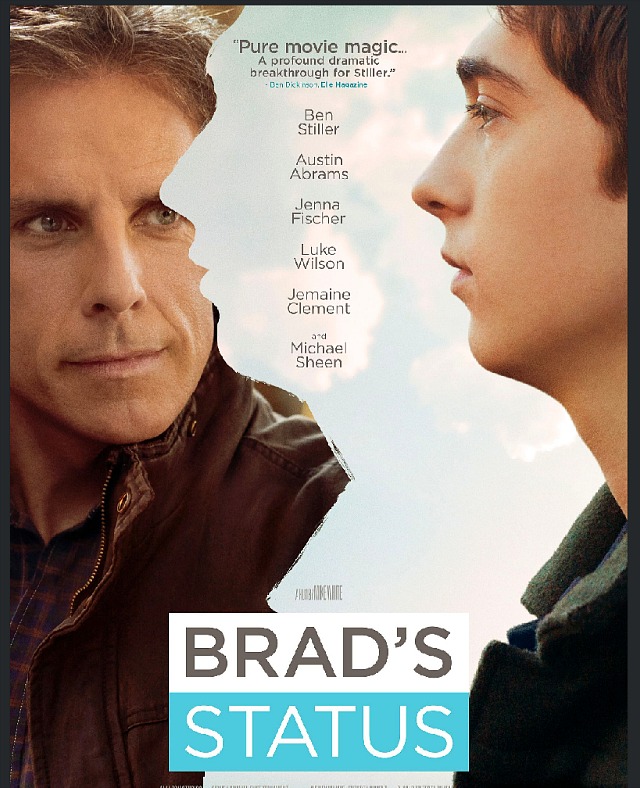 7.31 HE review excerpt: “Brad Sloan, the nonprofit counselor Stiller plays in White’s new film, is a Sacramento guy who’s constantly in the grip of suppressed envy and twitches of self-disappointment, but who never descends into foolery or self-mocking caricature. Far from rich and no one’s idea of assured, but an honest, moderately mannered fellow who can’t help….well, frowning at the mirror. At times. But doing his best to cover this up.

“Brad’s Status is basically a smallish dramedy about Brad taking son Troy (Abrams) to Boston to check out some colleges. It begins as another Stiller humiliation piece, but it turns into one of the best mid-level adult dramas of this type in a long, long time, and a truly exceptional (which is to say very wise) generation-gap flick.

“I wasn’t expecting much at first, but about a half-hour in I began to realize that White’s film is a winning meditation about self-worth, self-image, self-assessment, real vs. imagined happiness and empty envy. It’s honest and real and very, very well written. Fairly complex but evened out by the end — a character-inspection thing that cuts it right down the middle. On one hand it makes Stiller’s character seem overly envious or even a bit pathetic, and on the other gives him a certain degree of self-awareness and dignity and grace in the third act.

“It’s a quiet adult movie in the best sense of that term. It lets you sort it out, choose sides, figure the angles.”