Alice Rohrwacher‘s Happy as Lazzaro, which I saw this morning at the Salle Du Soixantieme, may win the Cannes Film Festival’s Palme d’Or next weekend. It’ll almost certainly win something big as it’s quite the spiritual film, and it delivers the kind of humanist current that can lift all boats.

In this stand-up-for-women moment on the Cote d’Azur, the deciding factor, I suspect, may simply be one of gender. I’m not saying Happy as Lazzaro is a woman’s film — the spiritual current is universal and gender-less — but it’s very much a “heart” film, and I’m sensing that this plus a “let’s give the big prize to a woman director if we can” factor will penetrate.

Set sometime in the late ’80s, Rohrwacher’s third film is about a late-teen or twentysomething farmworker named Lazzaro (Adriano Tardiolo), who at first resembles a cross between a pure-of-heart innocent or, if you want to brusque about it, a seemingly charmed simpleton. But that impression changes as the film develops, especially during the second half. 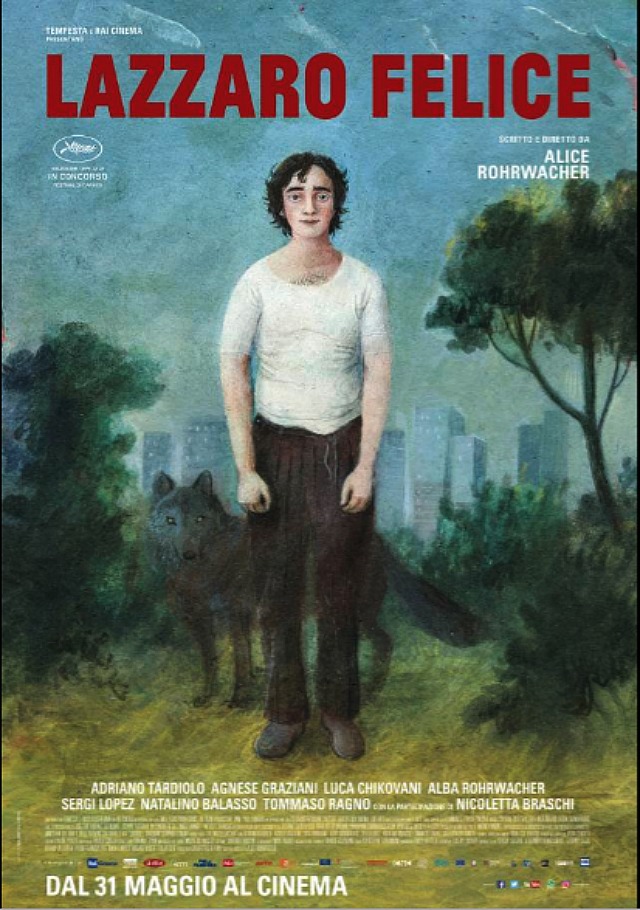 While Happy as Lazarro takes place in two distinctly different realms, they share a tone of exploitive cruelty and a look at the harsh plight of the hurting poor — a rural and almost medieval tobacco farm in central Italy in the first half and a large Italian city in the second half.

The dividing line between the two is a startling event that happens halfway through, and after this the true scheme of Happy as Lazzaro kicks in.

For this is basically the story of a kind of saint who refuses to respond with even a trace of guile or calculation. Lazzaro is very much a lamb-like (or donkey-like if you consider his resemblance to the Christ-like beast in Bresson’s Au Hasard, Balthazar) figure of faith and trust, and the resulting current of kindness and compassion becomes more and more affecting.

Happy as Lazzaro is my second favorite film of the festival so far, second only to Pawel Pawlikowski‘s Cold War. It’s quite the mixture of fabulism and a certain kind of grim, social-critique drama, shot in 16mm with a hand-held, rounded-edges aesthetic.

I’m not saying Rohrwacher is copying anyone, but I felt the influence of the Taviani brothers‘ Padre Padrone and Bernardo Bertolucci‘s 1900 in the first half, and then a whole different kettle of fish (urban poverty) in the second half. But it’s always about purity vs. venality and indifference, and it’s really quite magical.

Among the costars are Alba Rohrwacher (the director’s older sister) and Spanish actor Sergi Lopez (Pan’s Labyrinth), whom I didn’t even recognize at first.

The rural portion (i.e., the first half) was shot in Bagnoregio, a small commune in the Lazio section of Italy.

I have to leave for a screening of Spike Lee‘s BlacKkKlansman, but there’s something very special, trust me, about Happy as Lazzaro.