3 Comments
My Soul Is Howling

Remember the “torture” scene from Billy Wilder‘s One, Two, Three? East German security guys forcing Horst Buccholz‘s “Otto” to listen over and over to Brian Hyland’s “Itsy Bitsy Teenie Weenie Yellow Polkadot Bikini“, and Otto being so unable to stand it that he screams and pleads and is willing to sign any confession they put in front of him? An hour ago I was waiting to speak with Apple tech support (i.e., trying to authorize iTunes access for my 15-inch Macbook Pro). While I waited Apple was playing one of the most genuinely horrible glam-pop songs I’ve ever suffered through. Here’s a recording of what I was listening to. If and when authoritarian brutes ever want to break my spirit, all they’ll have to do is play this over and over and I will become putty in their hands. 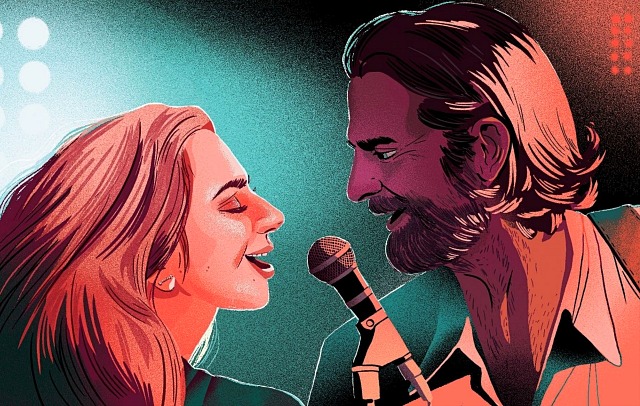 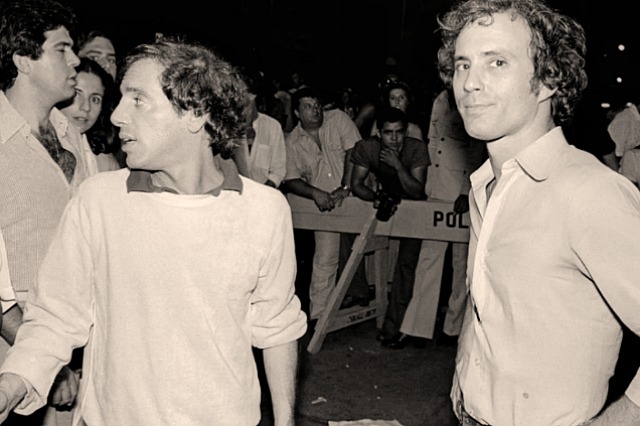 I’m sorry but I chose to avoid the recent Manhattan all-media screening of Venom — no offense. I could smell trouble from 45 miles away. If I were flying into Manhattan or Los Angeles right now I could smell trouble from inside the fuselage. The reviews (35% on Metacritic) are fairly damning. You know a movie blows when one of the most positive reviews calls it “a mess…a fun, fascinating mess.” If there’s any doubt about the quality of a fantasy flick, I always check the Twitter feed of Collider‘s Jeff Sneider. If the notoriously-easy-on-fanboy-flicks Sneider is mixed-positive then I’m 110% certain it’s dogshit.

If nothing else, Mimi Leder‘s On The Basis of Sex (Focus Features, 12.25) — the story of crusading Supreme Court Justice Ruth Bader Ginsberg — fits right smack dab into the emotional rage that everyone is feeling now in the wake of the Brett Kavanaugh Judicial Committee hearings (and, God forbid, his possible confirmation by the Senate later this week), and particularly how President Trump belittled Christine Blasey Ford yesterday in Mississippi. Incidentally: The Wikipage says RBG appears in Leder’s film. 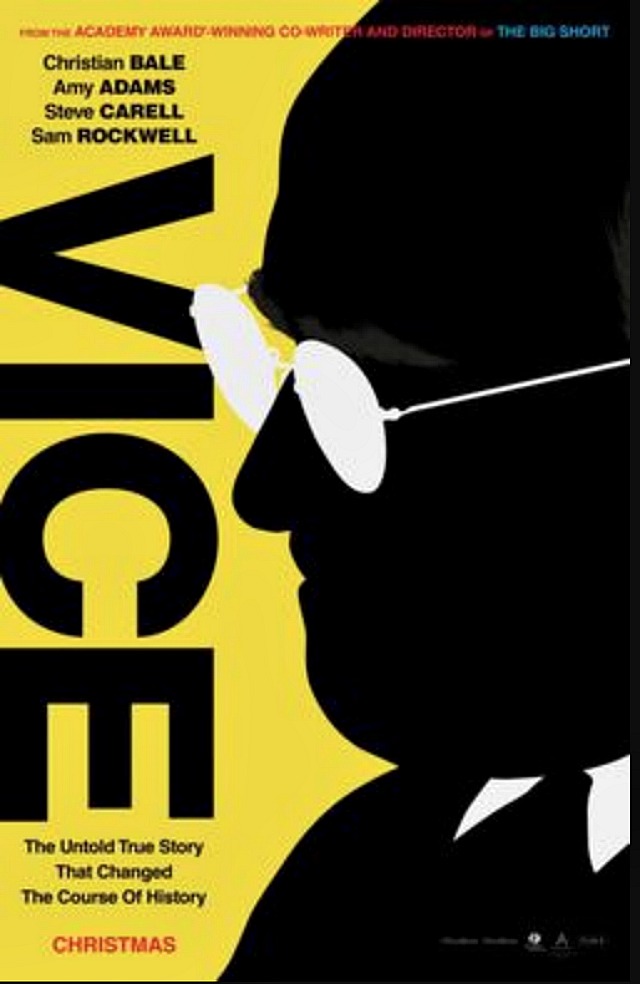 Late this afternoon a Reddit guy called “u/plowkiller” posted a reaction to a Bohemian Rhapsody screening. He didn’t say when or where it happened, if it did. He claims that Rami Malek attended and spoke before the screening. This apparently young guy could be a studio plant…who knows? But here’s what he said:

“It really was something else. Before the movie started, Rami Malek told us that this is a celebration of Queen and Freddie, and it 100% is. Although, with that said, it doesn’t do it entirely through rose-colored glasses. There’s so many exhilarating sequences, from tour montages to just recording the tracks. But well balanced with all the excitement [it’s a] good look at how Freddie Mercury dealt with his sexuality and other various problems in his life. 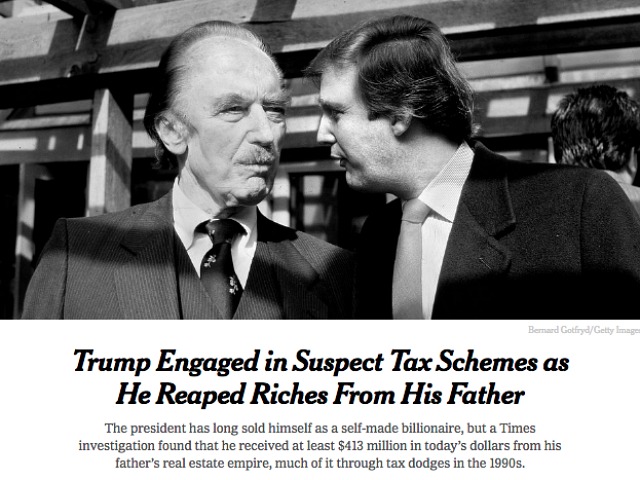 I’m not a clubber or a party animal — far from it. The idea of throwing down $17 for a drink at some over-priced, hard-to-get-into, Shallow Hal hotspot fills me with distaste. I’d rather watch a Bluray or walk the streets of Manhattan or hop on the Yamaha for a late-night spin. But Matt Tyrnauer‘s Studio 54 (Zeitgeist, 10.5), a brilliant chronicle of the greatest and coolest nightclub of all time (and I mean going back to the era of ancient Rome), is so intoxicating that after my first viewing in Park City I was telling myself, “Hmm, maybe I could hit some cool club when I get back to Los Angeles.”

Studio 54 wasn’t just an immersive alternate-reality trip on West 54th near 8th Avenue — it was Shangrila. Swirling sounds, dancing until 2 am, possible sex, cocaine, nocturnal delights, quaaludes, drinks and that pounding thump-thump-BUHMP-BUHMP. Okay, calm down — this is 2018 and you work hard for the money. But oh, to have been a young buck in the summer of ’78 and get waved through by Steve Rubell himself and then run into the levitational coolios (rock stars, journalists, models, authors, actors, producers, politicians) in that cellar-level salon…sniff, snort, stop it, you’re dreaming.

I’ve said this before and I’ll say it again: Studio 54 is a fascinating, well-told tale — exciting, sometimes hilarious, sometimes sad — that invites you to really sink into a mad Manhattan era (mid ’77 to early ’80) that was a real bacchanalian sweet spot — post-pill, pre-AIDS, sexual liberation and an abundance of cocaine and quaaludes (and the operational assistance of the beloved Edlich Pharmacy).

A few weeks ago it hit me why I’m so affected by Studio 54, above and beyond the nostalgia. It’s because it uses a brilliant up-and-down narrative strategy that works as a metaphor for how briefly youth lasts and how suddenly the best of times can end, and how two crafty fellows — Rubell and Ian Schrager — foresaw and caught hold of a special hedonism in the air, a certain what-the-fuckness that happened at just the right time and in just the right way, and all under the cultural auspices of a somewhat prudish and puritanical peanut-farmer president.

And for the first time ever, Schrager actually pokes his head out, sits down and talks to Tyrnauer about the whole saga, start to finish, no holds barred.

Tyrnauer’s strategy for the first hour is to give you a great contact high with the saga of Studio 54’s success — the cinematic equivalent of dropping a Lemmon 714 on an empty stomach. Then it shifts into wistful melancholy as he relates how Rubell and Schrager struck it enormously rich only to see the whole thing collapse less than three years later. Their version of Studio 54 (it re-opened in 1981 under Mark Fleischman and continued for five years) launched in April of ’77 and closed in February ’80, right after which Schrader and Rubell went to jail for tax evasion.

Schrager recovered and went on to great success as a boutique hotelier; Rubell died of AIDS in 1989 at age 45.

In a recent post about leading Best Actor contenders, I mentioned Christian Bale as Dick Cheney in Adam McKay‘s Vice. My only remark was that “you don’t get nominated for putting on weight and wearing great make up.” A fellow journalist and award-season handicapper replied, “Since WHEN? Don’t bet against him.” HE to handicapper: I only meant that appearance and make-up are icing on the cake, and that a noteworthy performance has to come from the innards of an actor or it be not at all.” 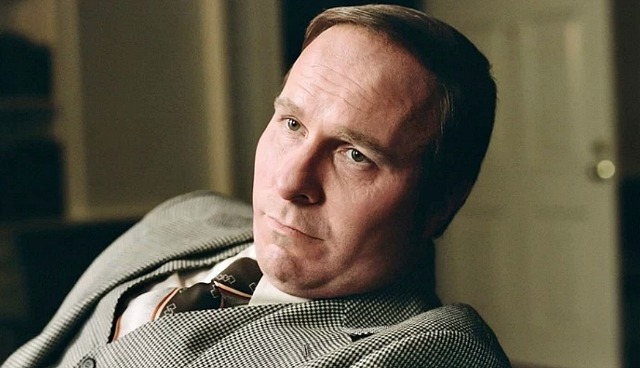 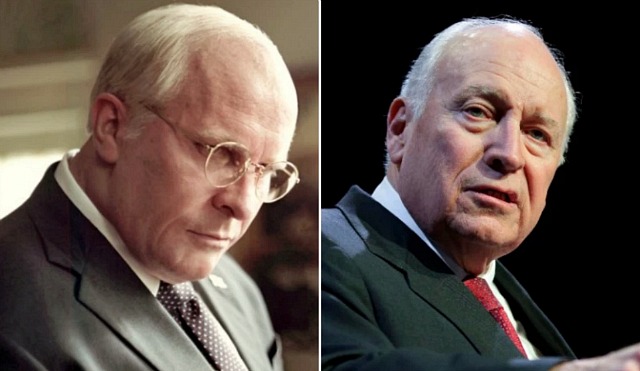 So far Matthew Weiner‘s The Romanoffs (Amazon Prime, 10.12) is getting pasted. The subhead of Ben Travers’ Indiewire review calls it “predictable and misguided,” and that the first two feature-length episodes “are so bad it’s almost unbelievable.” Collider‘s Allison Keene says that Weiner’s anthology series “ultimately makes a case for the Bolsheviks.” Variety‘s Caroline Framke tiptoes around what she basically thinks, which is that it’s not good enough.

I could smell trouble last July. As the series centers on separate stories about people who believe themselves to be descendants of the Russian royal family,” it seemed to be about characters “who (a) believe themselves to be hot shit in some primal, genetic way and (b) need the Russian royal blood association to augment a frail sense of self-worth.”

Remember laserdisc rot? Well, over the last year or two I’ve been noticing cases of Bluray rot. A scene will freeze and un-freeze and back again, etc. Removing the disc from the tray and wiping it down helps somewhat, but the syndrome usually returns. I don’t know why I thought Blurays would be somehow immune from the old laser rot syndrome, but I was wrong. It’s a little dispiriting to consider that all of my entire physical media library (yes, I know — an obsolete concept) will disintegrate sooner or later. Am I happy with high-def streaming? Sure, but I used to have this idea that Blurays deliver a better, denser image.