I was under an initial impression that Variety‘s Kris Tapley conducted the recently posted interview with Roma‘s Alfonso Cuaron. Maybe it wasn’t. But if it was, it was a wise decision on Tapley’s part to remove himself from the discussion and just let Cuaron have the floor. 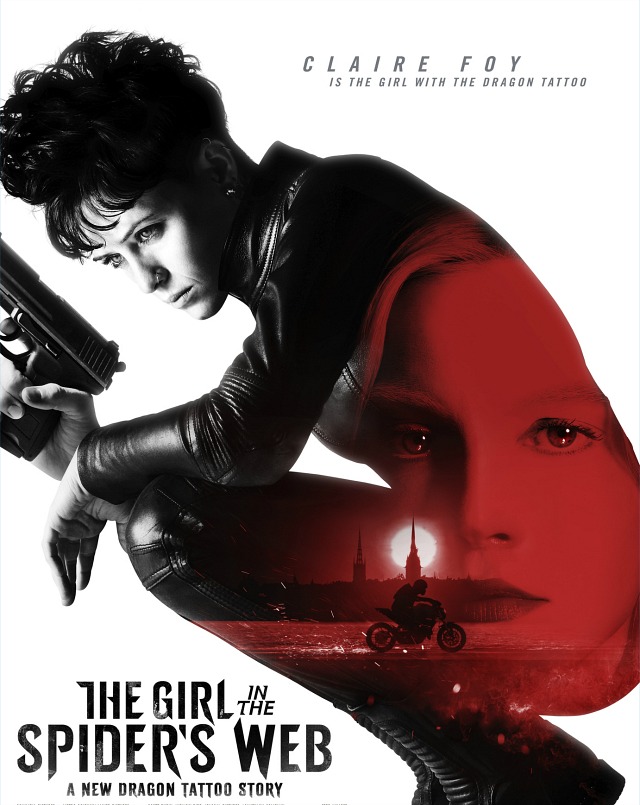 “This year, at least right now, it looks like we’re putting a failed hero (A Star Is Born‘s Bradley Cooper) up against a straight-up hero (Green Book‘s Viggo Mortensen) and an anti-hero (Vice‘s Dick Cheney).

“All three are beloved in town. Cooper appears to have many more friends than I’d realized until A Star is Born launched. He definitely has a cadre of supporters, which means he’s a nice guy to work with on set. People like him and are advocating for him. Viggo Mortensen is a legend in terms of his genuine kindness. And of course, Christian Bale is respected and well liked as one of the greatest actors of his generation.

Brilliant as Bale might be as Dick Cheney, nobody’s gonna vote for a Republican monster with an even worse variation living in the White House as we speak. So it’s probably between Cooper and Mortensen.

On the basis of character alone, would you rather vote for a somewhat crude if personable Sopranos-styled racist chauffeur who looks inside and grows out of that shit during a musical tour of 1962 rural America with a brilliant black pianist?

Or for a bearded, gravelly-voiced superstar alcoholic who falls in love with a gifted singer, gets drunker and drunker, pees on himself at an awards show (“Urine Trouble, Mister!”) and decides to bring things to a close in a garage?

I really liked Cooper’s performance in A Star Is Born, just as I admired his direction of the film as well as his singing voice and his pro-level guitar playing. Thumbs up, good job, no issues.

But I love Viggo’s goombah in Green Book. Remember when people said they liked Hillary but they loved Obama during the ’08 primaries? Same difference.

I’ll be joining Awards Daily‘s Sasha Stone at the 2018 Savannah Film Festival, which kicks off this Saturday. Sasha left Los Angeles by car a couple of days ago (she always chooses driving over flying) and is now making her way across Texas. As I’m typing this (1 pm eastern) she’s an hour or so outside of Dallas. Yesterday I urged her to visit Dealey Plaza, which she’s never seen. Being something of a JFK assassination buff, she was open to the idea. But right now it’s raining cats and dogs, she said. Go anyway, I said — the weather might ease up. Right now a Sixth Floor Dealey Plaza webcam indicates only mild sprinkling. 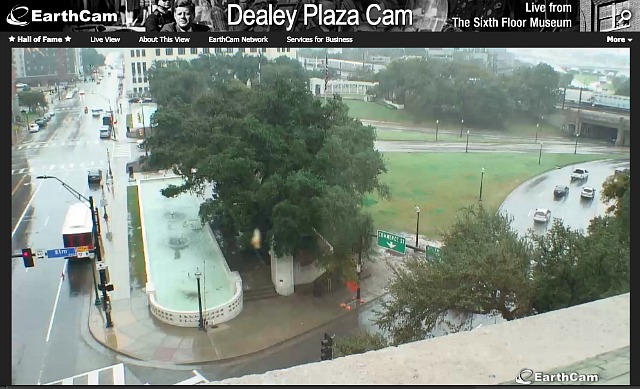 For my money, this Viola Davis vs. Meryl Streep scene in Doubt is one of the great Hollywood face-offs of all time. Easily on the level of that classic restaurant scene between Robert De Niro vs. Al Pacino in Heat, if not above and beyond it. You’ll notice that no film this year has delivered anything on this level. (Right?) Please name the other great one-on-one scenes. Not just between two actors, but between major-league, world-class talents. If Marlon Brando and Montgomery Clift had costarred in a well-directed film in the early to mid ’50s and gone eyeball to eyeball…that kind of thing.

6 Comments
Not So Long Ago

For the last 15 or 20 years critics have been lamenting the fact that amply-funded, carefully-composed, middle-class movies with toney, well-paid movie stars have become all but extinct. Especially the brainy, sophisticated dramas and dramedies. I’m mainly talking about Mike Nichols or James L. Brooks-level stuff. Or early Nora Ephron or pre-North Rob Reiner-styled films about faintly witty, educated, well-off urban white people and their problems. Broadcast News, As Good As It Gets, When Harry Met Sally, Groundhog Day, Heartburn, Sleepless in Seattle…that line of country.

Or something like Silver Linings Playbook, which felt to me like a vague descendant of the Nichols thing. Or polished white-soul romantic dramas like Bridges of Madison County.

Notice how the above paragraphs sound vaguely racist? These are the times in which we live. If you say you find something pleasing or agreeable about thoughtful, well-crafted films that happen to concern white characters, you’re automatically regarded as dicey or suspicious. Just ask…no, I won’t say his name.

Almost all of today’s adult-friendly quality fare has moved over to cable and streaming, of course. Minus the aid of a comprehensive survey I’m presuming that HBO, Showtime, Netflix, Amazon, Hulu and the others have taken a stab at some kind of facsimile of the above …smart, urbane, witty, perhaps even book-based.

But even if they are, the culture is no longer geared to pay attention to such films as it did 25 or 30 years ago. Our attention pulled in so many directions, many of us texting as we watch, etc. If and when one of these films were to be made for streaming, they wouldn’t settle into the conversation like they used to. Because everything gets consumed so quickly, and at increasing speeds.

I re-watched Heartburn six years ago, but I went there again last night with the excuse that I’d never seen it in HD on a 65-inch screen. Same modest satisfactions, same mixed reactions.

Posted on 5.12.12: “I was moved to give it another go, and it was intermittently entertaining once more. I miss this kind of well-funded, well-acted, sophisticated adult dramedy with that Nichols attitude and a fine commercial gloss. I didn’t even mind the Carly Simon songs. And Meryl Streep‘s portrayal of Rachel Samstadt (i.e., the stand-in for Heartburn screenwriter-novelist Nora Ephron) has many genuine moments, especially of vulnerability.

“But the film has a huge roadblock or two. Or three.

If you haven’t seen Michael Moore‘s Fahrenheit 11/9 and thereby contemplated the analogy between our present situation and 1930s Germany, please listen to a portion of this discussion between Moore and Channel 4’s Krishnan Guru-Murthy. It starts at 2:45.

Moore mentions the cultural similarities between the U.S. and Germany of 85 years ago (educated citizenry, similar values, same Democratic traditions) and how reasonable people in 1933 Germany assured each other that the barely-elected National Socialists wouldn’t go crazy and that everyone should dial it down and not worry so much. He explains that our modern civilized brains naturally downplay or rationalize threats and that “we don’t go to the place where we did in the caveman days,” meaning that in the Pleistocene era when our ancestors heard a growl or a roar they immediately said “danger!” Not so much now.

Bryan Singer‘s Bohemian Rhapsody is no masterpiece, but not my idea of a burn either. Roughly 70% of the film is composed of uninspired “this happened and then that happened” chapters, so much of the time you’re left with this feeling of being underwhelmed but not exactly bored. And yet Rami Malek‘s performance as Freddie Mercury is vivid and wild and a relishy contact high, at least from time to time, and there are portions of the film that really connect.

Don’t ask about the emotionally disastrous extra-marital affair that I fell into when I was an in-office freelancer at People magazine, and which continued until her husband found out. No relationship had ever delivered so much heartache, hurt or frustration. Graham Greene and Tom Stoppard had nothing on us. I was a man of almost constant sorrow. I mean I was so upset by one of our arguments that I made a reckless left turn on Pico Blvd. and got slammed by a speeding BMW, and for weeks I told myself it wasn’t really my fault — it was the married girlfriend’s.

The stupidest movie-plot development of 2018 happened in John Krasinski‘s A Quiet Place. The more I think about it the more I’m persuaded that it’s actually one of the stupidest plot developments of all time, and certainly of the 21st Century. Most people reading this know what I’m about to mention, but here goes anyway. 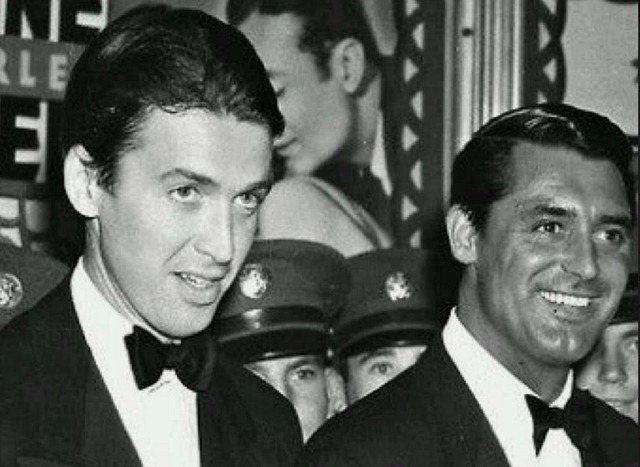 The same spirit that spoke to Gen. George Patton in 1945 had visited Cary Grant and James Stewart the night of the Philadelphia Story premiere. They were standing on the red carpet, and he swooped down and whispered to both at once: “Enjoy it while you can, fellas. I don’t wanna say what’s coming but you can guess. One of you will become an LSD pioneer, another will become a staunch Republican and an Air Force Colonel. Other than that, I’m sorry. I wish it could last forever, but nothing does.” 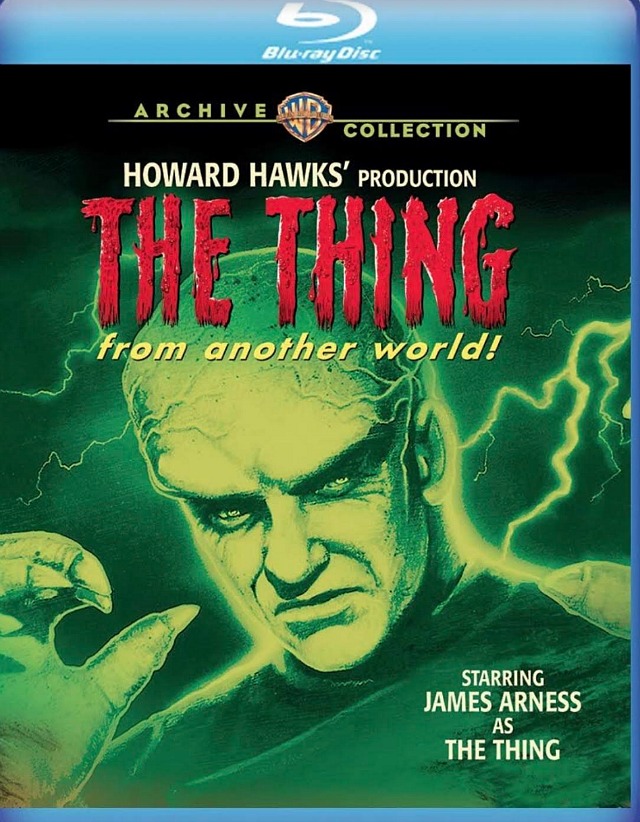 I’ve been waiting for many, many years for a first-rate Bluray of Howard Hawks’ The Thing to be issued, and now that’s finally going to happen, lo and behold — Warner Archives, 11.20.18. 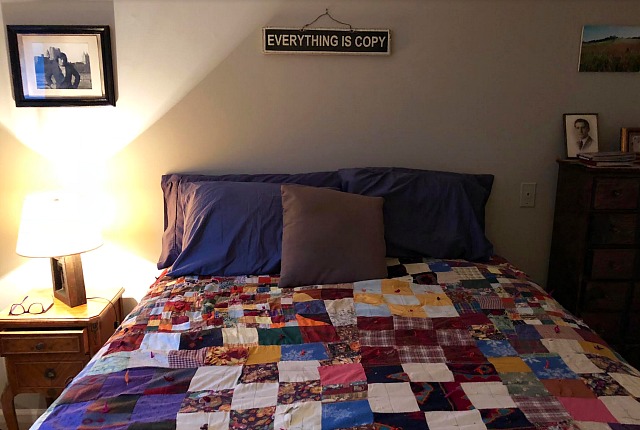 I’ve decided that it’s better to sleep on top of one of the quilts and then use other quilts (including the patchwork thing that my late sister wove) for warmth. I really don’t like sleeping on sheets — I never have. And if you ignore the sheets it’s easier to make the bed in the morning. 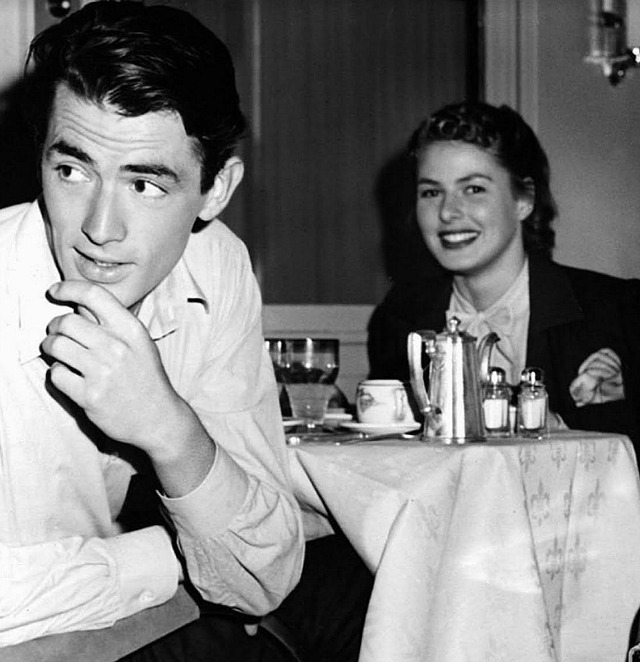 During the filming of Alfred Hitchcock’s Spellbound, Gregory Peck and Ingrid Bergman, both just shy of 30, were “doing” each other. It was one of those “what happens during a shoot stays on the sound stage” affairs.
October 23, 2018 1:03 pmby Jeffrey Wells