I wouldn’t feel very good about this, but Paramount stockholders would approve, I think. And gay culture would be in fine shape the morning after.

Guy Lodge sez: “Please tell me again how homophobia isn’t the default position for absolutely everything. Egerton and Madden should refuse to do any promo for the film if that scene is cut. Simple as that.”

Ștefan Iaonco sez: “The problem [always] arises if companies want to distribute films in places like China, Africa, the Middle East. They either go ‘true to the gay’ and accept it [as a] North America & Europe-only distribution [situation], or, if they want global sales, they straight-wash. It’s art vs. commerce.” 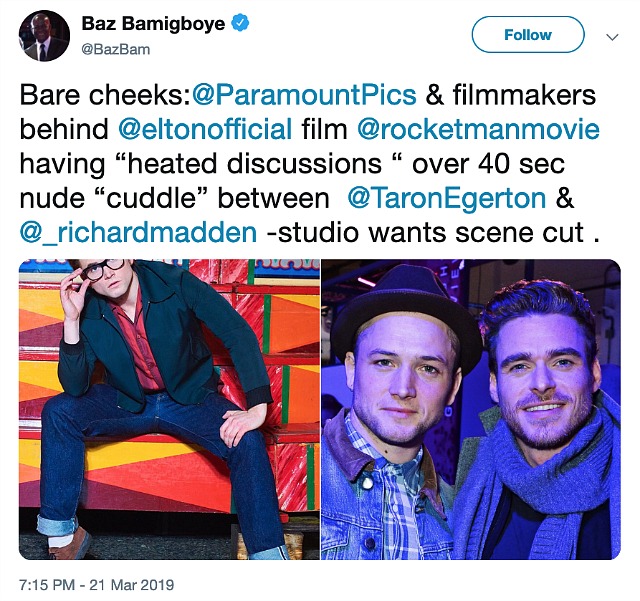 March 21, 2019by Jeffrey Wells30 Comments
« Previous post
When Criterion Channel Launches on 4.8…
Next post »
“I Eat Determination For Breakfast”