I humbly apologize for having been a Diao Yinan ignoramus until today. I’m sorry, I mean, for having failed to rent Diao’s Black Coal, Thin Ice, which won the Golden Bear prize at the 2014 Berlin Film Festival. But now, at least, I’ve seen his latest, The Wild Goose Lake, and I’m thinking it’s one of the most visually inventive, brilliantly choreographed noir thrillers I’ve ever seen. One of them surely.

I probably haven’t felt this knocked out, this on-the-floor, this “holy shit”-ified by sheer directorial audacity and musicality since Alfonso Cuaron‘s Children of Men.

I wasn’t even following the convoluted story all that closely and I didn’t care all that much — The Wild Goose Lake is so deliciously composed, such an audacious high-wire act that you can just watch it for the imaginative visual poetry and off-center creative strategies alone. 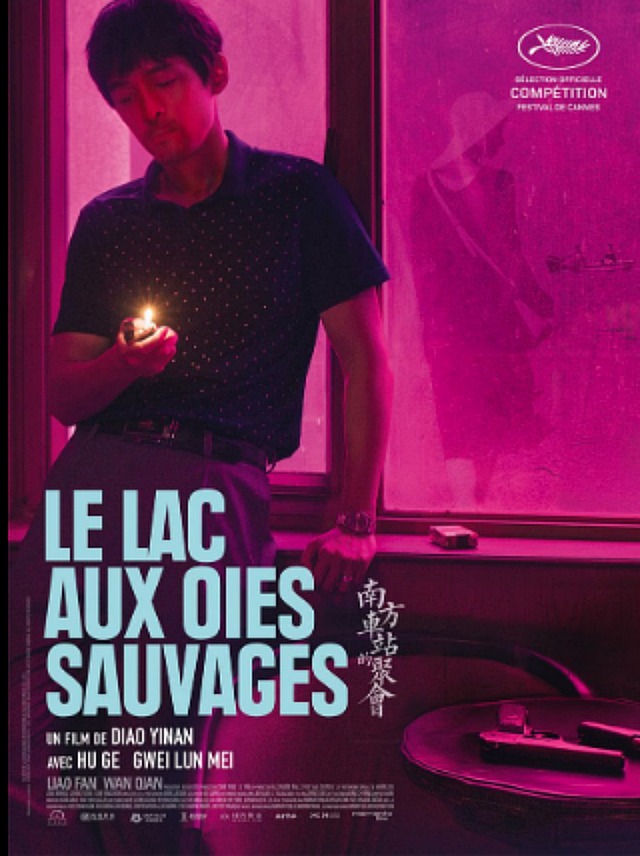 I always waved off that jive. A movie has to have compelling characters, a believable milieu and a strong emotional undercurrent. But now, for the first time, I understand that fervor, that giddy rationale.

The Wild Goose Lake isn’t all that great with the internals — everyone who’s seen Black Coal, Thin Ice says it’s a better film, and maybe they’re right, but I’m a Diao Yinan novice and I was effing blown away. So cut me a little slack — I’m new to this guy, and as far as I’m concerned The Wild Goose Lake and Les Miserables are the two best films of the festival so far.

There’s simply no question that Diao, 48, is a flat-out cooking genius — a master of atypical framing and selective cutting, ultra-inventive action choreography, imaginative use of shadows and silhouettes and a guy who knows how to end a sex scene with real style. He’s a major arthouse director working with the confines the action genre, and at the same time breaking out of the bonds of that genre and almost setting it free.

Quentin Tarantino attended today’s Grand Lumiere screening at 4:30 pm, and sat next to Diao. I was in the structure next door, catching a 5 pm screening in the Salle Bazin.