For What It Is, “Rocketman” Works

I went into Rocketman with an attitude, but I felt pleasantly turned around soon enough. I was more taken with the first 30 to 40 minutes (Elton John‘s childhood, taking piano lessons as a teen, teaming with young Bernie Taupin) and less with the remainder, which is basically about Elton becoming more and more of a booze-swigging, coke-sniffing party animal and his life downswirling into addiction and self-destruction.

The film isn’t biographically accurate in some respects (i.e., certain songs are played at the wrong time) and there’s a lot more interest in a glitter-and-glam aesthetic than any kind of semi-realistic presentation of how things really went down, but this is the film they chose to make.

It’s “cinematic”, yes, but I’m betting that down the road an ambitious director and a gifted choreographer will transform Rocketman into a Broadway stage musical.

My dissatisfaction with Egerton’s singing voice, which sounds only vaguely like John’s, remains. Now that I’ve seen the whole magillah, I can say definitively that Egerton’s singing moments are only mildly sufficient (they don’t stop the film in its tracks but they don’t quite knock you out either), and that I would have felt a lot more satisfied or soothed if he was capable of delivering a more Elton-like sound.

Egerton seems a little taller and more muscular that the Real McCoy (he’s 5′ 9″ compared to John’s 5′ 7″) but I wouldn’t call that an actual quibble. 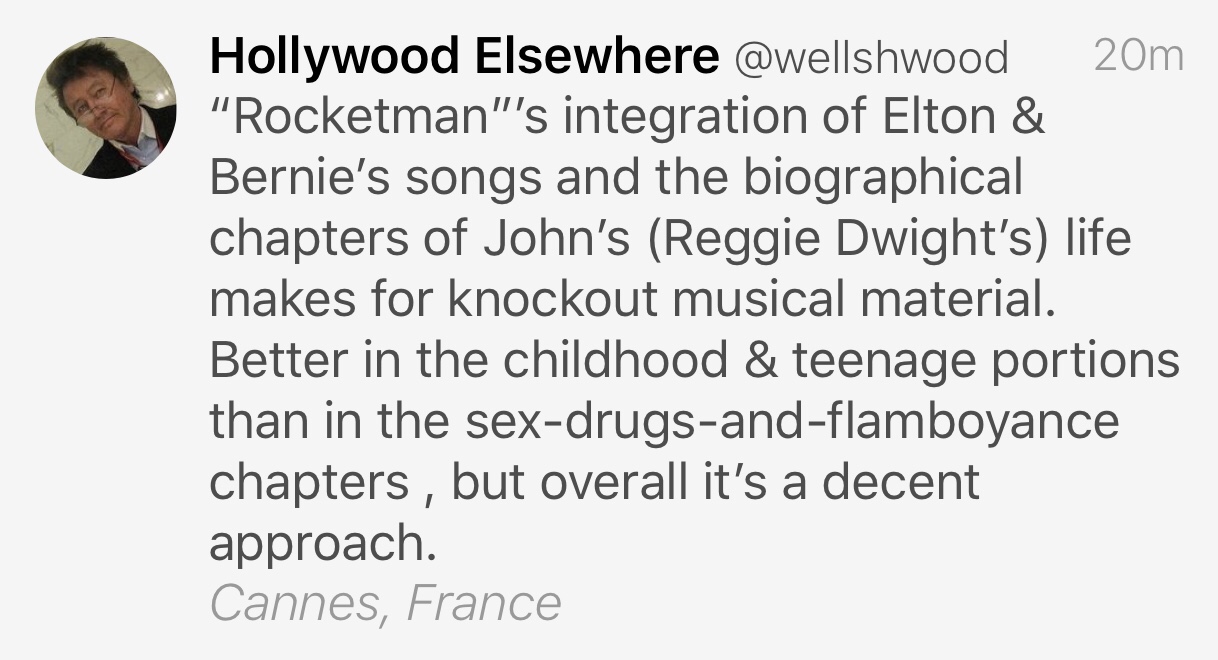 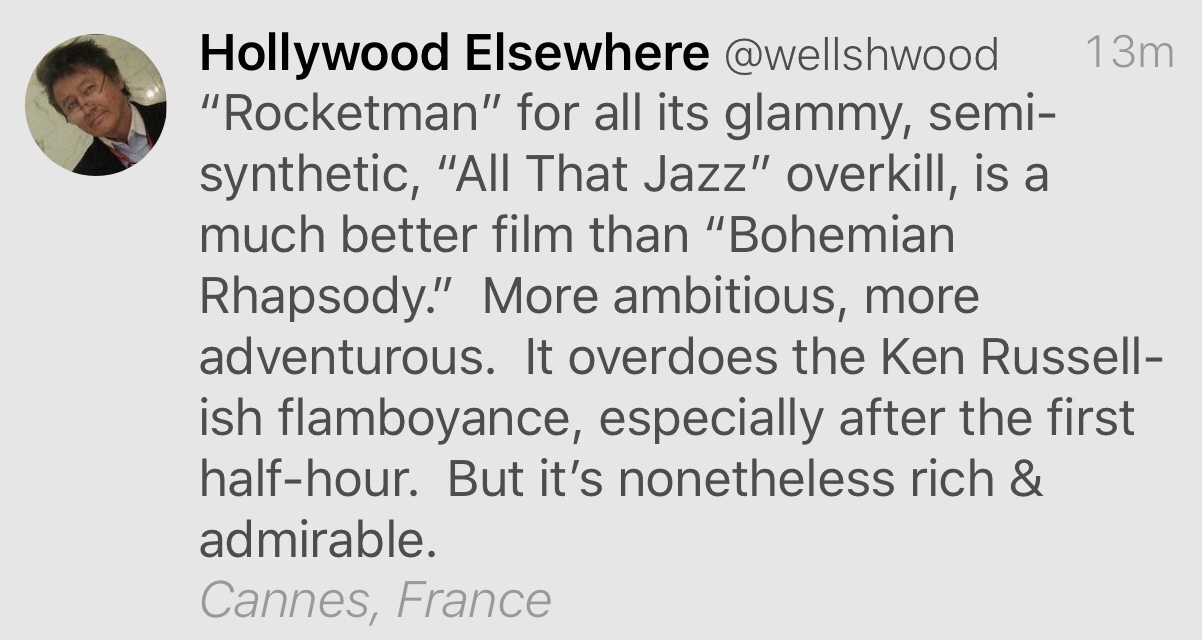 Taron Egerton reveals why he wept at the #Rocketman world premiere during the #CannesFilmFestival https://t.co/kRBjtL8rTR pic.twitter.com/WtJnTWHEnA