Son of Bring Back The Pup

Every five years or so I remind everyone that idiosyncratic home-grown commercial storefronts from the old days are as much a vital part of Los Angeles culture as any standard tourist attraction (Hollywood Bowl, movie-star homes in Beverly Hills and Bel Air, Santa Monica Pier, Venice Beach). And that it’s important to keep them alive and visible.

I’m speaking of the gone-but-not-forgotten Tail of The Pup, which disappeared from its last location (San Vicente and Beverly Blvd.) in 2005. As well as Tower Records, the shuttered Formosa Cafe, the long-defunct Tiny Naylor’s and the permanently closed Irv’s Burgers of West Hollywood.

Tail O’ the Pup was an iconic fast-food stand that was actually shaped like a hot dog. Built in 1946, the small, walk-up stand was noted as a prime example of “mimetic”-type novelty architecture. It was one of the very last surviving mid-20th century buildings that were built in the shapes of the products they sold. The kids and I laughingly agreed in the mid ’90s that Tail of the Pup’s representation of a mustard-lathered dog on a bun looked (I’m sorry) like a bowel movement in progress. 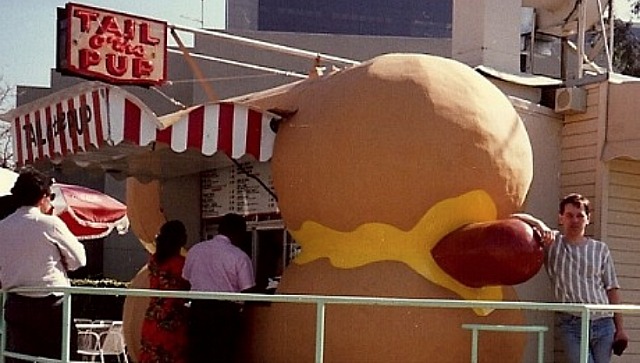 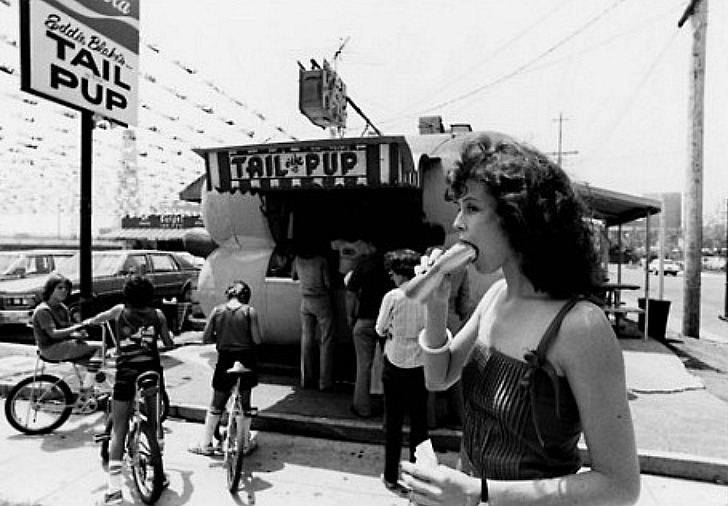