It was almost six years ago, but I’ll never forget LexG‘s confession in a comment thread (or on Twitter) that he loved The Wolf of Wall Street “for the wrong reasons.” He loved the debauch, in other words, and ignored the stringent social commentary aspect. Which wasn’t that different from the conservative Academy biddies (Hope Holiday and friends) who hated the debauch (“You ought to be ashamed of yourselves…talented men putting such junk on the screen and thinking it was funny!”) while failing to detect the social critique stuff.

Now that it’s a part of Hollywood history, can we finally admit that despite the film being a metaphorical lament about the nature of elite American capitalism, the reason WOWW grossed more than $392 million worldwide and became Scorsese’s highest earner was because most moviegoers embraced LexG’s attitude?

Could WOWW be funded or greenlighted in today’s punitive climate? I think we all know the answer. It would be seen as too lewd, too depraved, too Trumpian. 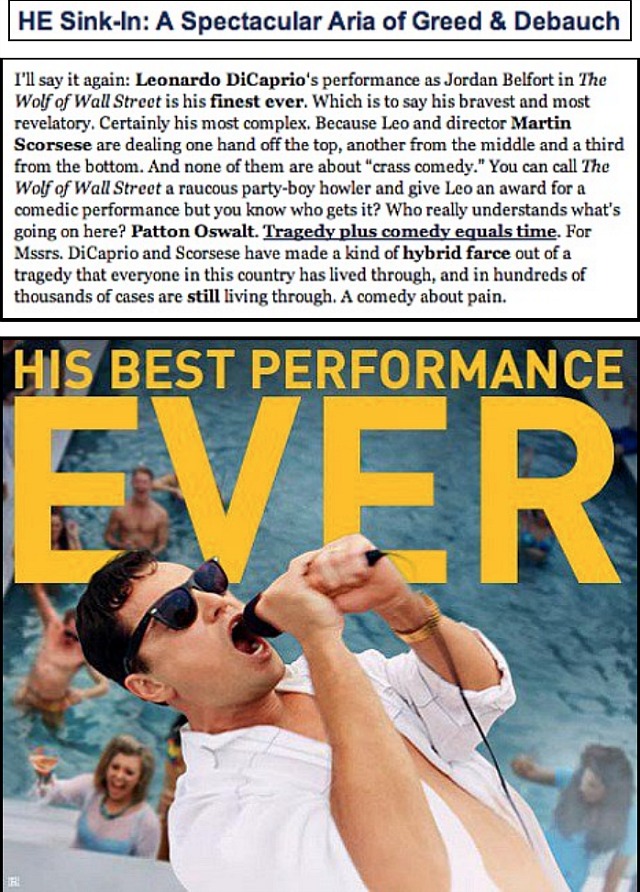