Meghan McCain, after saying there will be "violence" in America if the AR-15 is banned because it's "the most popular gun" in the country, then declares that she's "not living without guns." pic.twitter.com/YlDtQwkFr0

Marriage Story, agreed, is Kramer-like in some ways, and at the same time less so in others.

The key difference, I believe, is that Kramer delivers a stronger, more emotional gut punch in terms of primal family conflict, step-by-step character revelation and especially by way of a gripping courtroom climax, and all of it fortified by flawless, profoundly effective performances.

Baumbach’s lead characters, Charlie (Adam Driver) and Nicole (Scarlett Johansson), are sensible, perceptive and intelligent 30somethings with careers in the performing arts, and with a mild issue or two. Both are afflicted with somewhat selfish, competitive and headstrong attitudes, or at least in each other’s presence. But because of their self-knowledge and reasonableness there isn’t much in the way of character arcs or changes. Baumbach isn’t playing on that court.

But Benton is playing this game by way of Dustin Hoffman‘s Ted Kramer, a Manhattan ad agency creative who starts out as an aggressively nervous, insensitive, somewhat brittle alpha male and certainly no one’s idea of a good father. Meryl Streep is Ted’s wife Joanna, initially a woman suffering from depression and a floundering sense of identity.

But after Joanna leaves Ted is, for the first time in his life, the sole guardian and caretaker of his son (Justin Henry, who’s now pushing 50!) and grappling with each and every parental challenge on his own. Measure by measure he undergoes a gradual emotional growth arc — advanced dickishness to tolerably flawed to 100% devotional passion to his son.

Kramer may sound formulaic on paper but it’s believable and well-observed for the most part. It’s a movie about gradual, initially-fought-against changes for the better. And yet Benton’s script doesn’t oppressively spoon-feed.

Plus Kramer vs. Kramer is only 104 minutes long (it’s so skillfully assembled that you don’t notice the density as time flies by) while Marriage Story is 136 minutes, or roughly a half-hour longer.

This isn’t to suggest that Marriage Story doesn’t get you. It was the biggest hit of Telluride ’19, and for good reason. I felt completely at home and intimately involved every step of the way.

But side by side Kramer is, I feel, the slightly more poignant of the two. It has a way of seeping into your chest cavity, especially during Benton’s second and third acts. You can feel it coming together and gathering strength.

10 Comments
We Can Work It Out 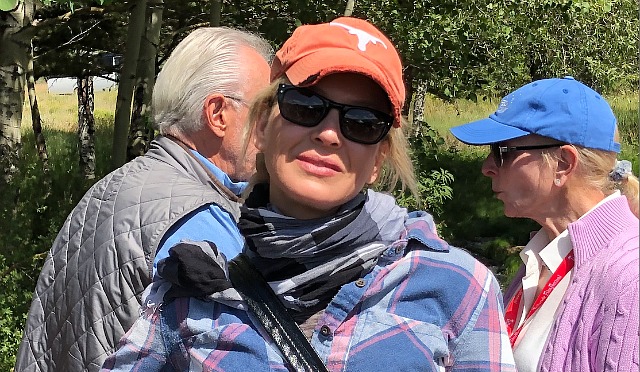 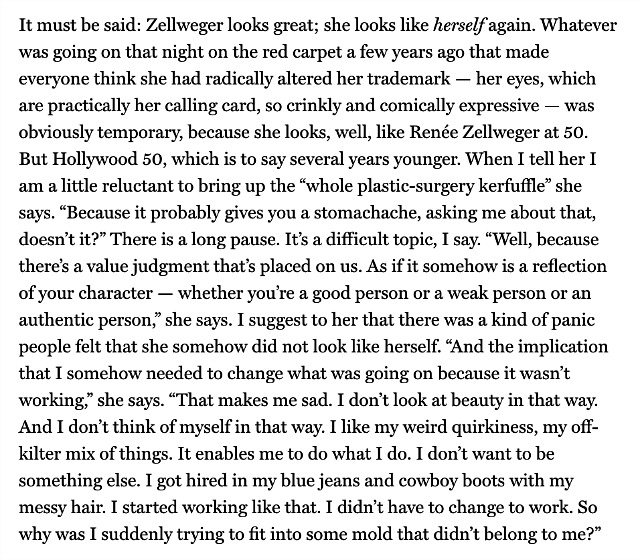 As noted previously, Martin Scorsese‘s The Irishman (debuting at the New York Film Festival on 9.27) runs in the vicinity of 209 minutes, give or take. This morning the NYFF’s press screening schedule stated that the Netflix release runs 210 minutes but that this is “approximate and subject to change.”

But of course. All directors like to fiddle around until the last minute. They usually stop editing under duress because distribution deadlines demand it. In Scorsese’s case this could mean some kind of last-minute subtraction or addition. No worries either way. Like any artist Scorsese is a constant searcher and rephraser, but always the master of his own house.

“I’m a white man and I’m straight, and I deserve it”…hah-hah.

In and of itself, behaving like an antagonistic asshole on purpose (i.e., inappropriate meta performance art) has never been “funny”, not to me and certainly not consistently, and therefore Between Two Ferns with Zack Galifianakis has, for myself and presumably others, always been a flatline experience.

Okay, every now and then this kind of material raises a smirk but that’s all. I half-chuckled when Brad Pitt spit at Zack five years ago.

The idea of myopic dickead-ism may be conceptually “funny” in a certain ironic light, but Galifianakis himself has never been funny, not really and not even in the first Hangover. I recognize this is a minority opinion as far as that 2009 film is concerned, but everyone was with me by the time the third Hangover film appeared.

Galafianakis managed to deliver a truly engaging performance exactly once, as Michael Keaton‘s agent in Birdman.

Almost everyone has appeared on the show as a way of asserting that they’re heh-heh-wink-wink cool and perceptive enough to get unfunny performance art and make fun of celebrityhood (and themselves) in the bargain, but theatrically or dramatically speaking it doesn’t make the slightest lick of sense that Matthew McConaughey, Benedict Cumberbatch, Peter Dinklage, Chrissy Teigen, David Letterman, Jason Schwartzman, Tiffany Haddish, Paul Rudd, Rashida Jones, John Legend, Adam Scott, Brie Larson, Jon Hamm, Awkwafina, Hailee Steinfeld, John Cho, Keanu Reeves, Chance the Rapper and Tessa Thompson would agree to sit with this meta-asshole.

And therefore Between Two Ferns: The Movie (Netflix, 9.20) is going to be, like, “seriously, c’mon…whatever.”