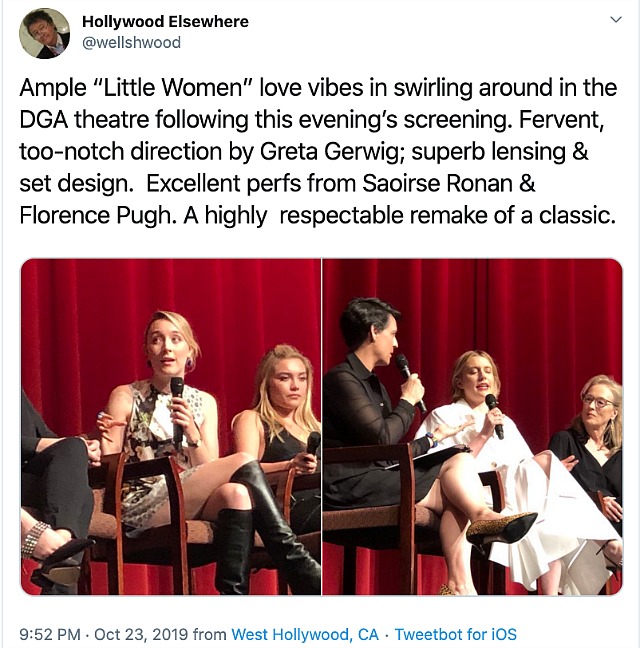 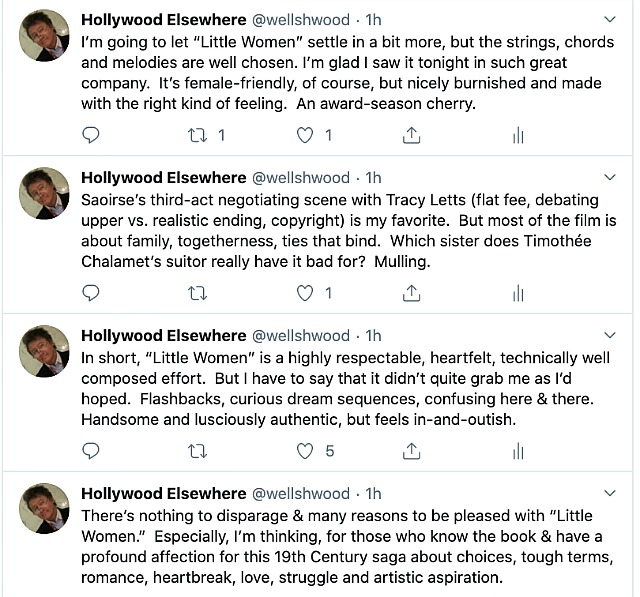 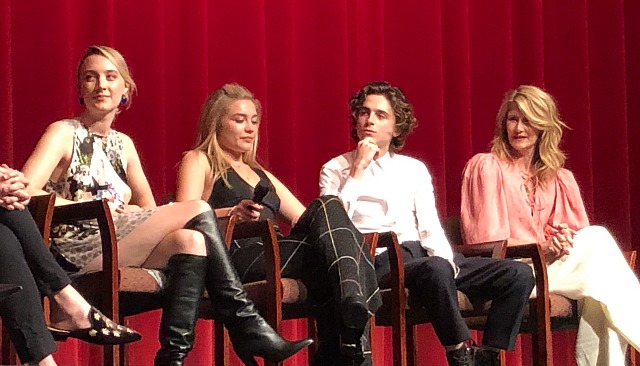 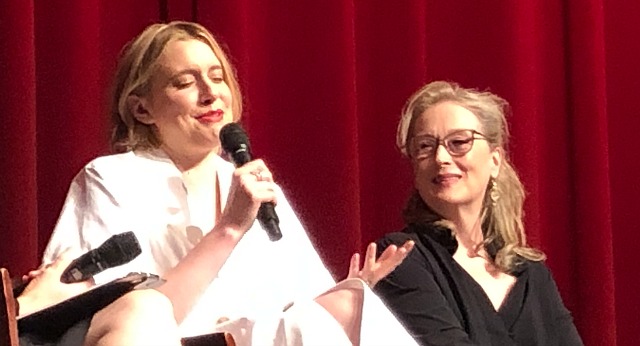 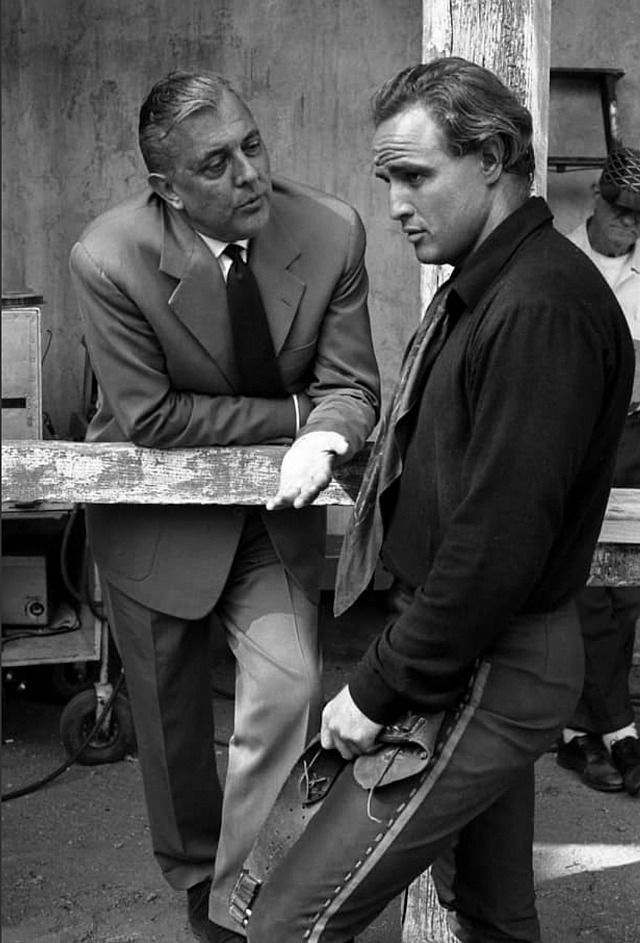 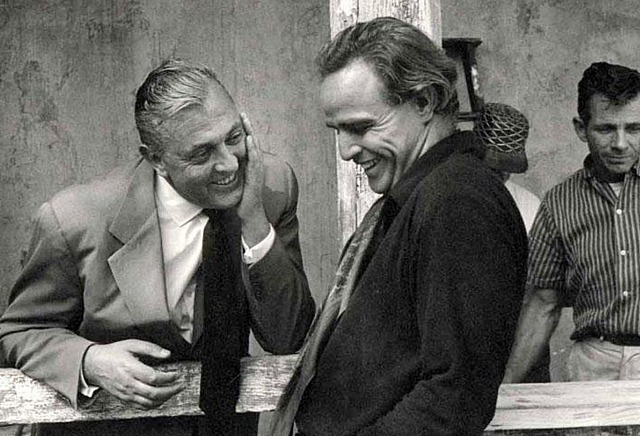 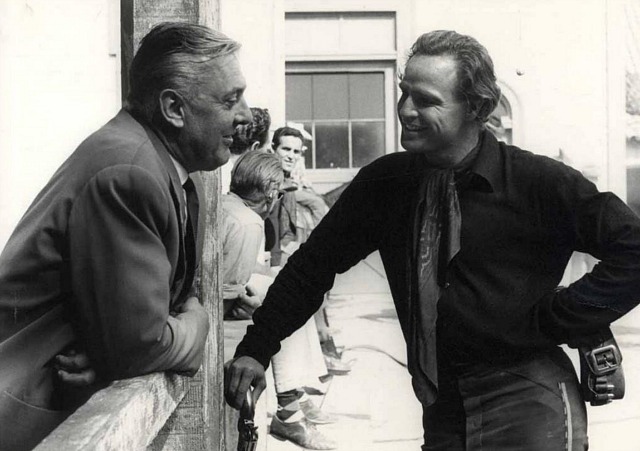 Trombone duet at the SE corner of M Street and Wisconsin Avenue on Monday, 10.21, around 9:30 pm, give or take. If anyone can identify the tune these guys are playing, please advise.

New York journo hotshots will get the very first peek at Sam Mendes‘ 1917 on Saturday, 11.23. Their Los Angeles brethren will see it the next day (Sunday, 11.24) via “multiple” screenings in the afternoon and evening. 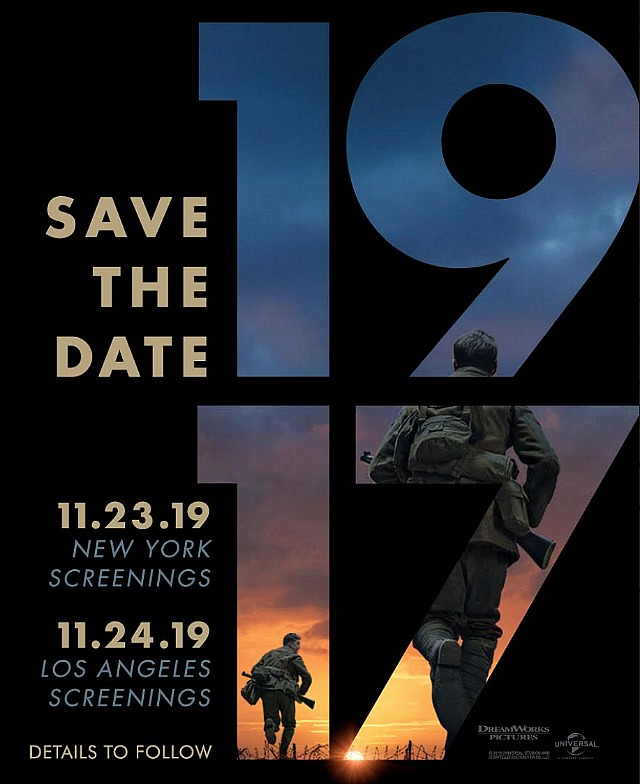 Here’s the original Ed Bradley 60 Minutes report (aired on 11.22.92) about the rash and wrongful imprisonment of Walter McMillian on a murder charge. Lasting 14 minutes, it covers most of the same material that you’ll find dramatized in Just Mercy (Warner Bros., 12.25).

One of the things that Bradley’s report mentioned but that Daniel Destin Cretton’s film doesn’t explore much is the fact that McMillian had been having an affair with a white woman, Karen Kelly, and that one of his sons had married a white woman.

Both McMillian and the attorney he had in 1987, J.L. Chestnut, “contended that Mr. McMillian’s relationships alone had made him a suspect.” In a N.Y. Times prison interview in 1993, McMillian said, “The only reason I’m here is because I had been messing around with a white lady and my son married a white lady.”

The McMillian-Kelly relationship was reported and discussed in Bryan Stevenson‘s “Just Mercy: A Story of Justice and Redemption,” the 2015 book that the film is based upon.

Why does Just Mercy mostly ignore the McMillian-Kelly backstory? Mainly, I’m guessing, because McMillan’s sexual history would have compromised the pure-of-heart aura that Cretton and co-screenwriter Andrew Lanham wanted to project. It might have also lessened the sympathy factor among POCs…who knows?

I’m not spoiling by stating that Destin Daniel Cretton‘s Just Mercy (Warner Bros., 12.25), a fact-based legal drama that I caught during last weekend’s Middleburg Film Festival, ends on a positive note. Due to the efforts of a good-guy lawyer (Michael B. Jordan‘s Bryan Stevenson), a falsely-convicted innocent man (Jamie Foxx‘s Walter McMillan) doesn’t rot in an Alabama jail for the rest of his life.

But McMillan’s climatic moment of salvation, which happens in the Alabama Court of Criminal Appeals, doesn’t entirely work. Because Joel P. West‘s score lays it on too thick — the emotional “Hallelujah” sauce by way of a church choir and an orchestra working its ass off. It’s the only moment in the film that feels like it’s pushing too hard — the rest of it feels suitably restrained and more or less on-target.

I’m not dropping the Just Mercy grade because of West’s “oh dear God” music — it still gets an A minus or at least a B plus. But composers have to be careful not to overplay their hand. Because the right or wrong kind of music at a key moment in a film can make or break, regardless of how good or expert the overall effort might be.

To further my point I’ve pasted Max Steiner‘s main title music for Mervyn LeRoy‘s The FBI Story (’59). On one hand it’s a decent but flat-footed saga of an FBI agent’s (James Stewart‘s Chip Hardesty) career with the bureau; on another it’s a J. Edgar Hoover-approved propaganda film that Hoover almost literally co-directed. It feels like a stodgy chest–beater.

But Steiner’s music, at least during the opening credits, makes you say “wow, okay…maybe this film had some good points that I missed.” It’s spirited and proud-sounding in a marching-band way.

The Austrian-born Steiner (1888-1971) was pushing 70 when he composed the FBI Story music. His best score was for the verging-on-discredited Gone With The Wind, which he composed in his early 50s. His second and third best were for Casablanca and King Kong.

Or, in the parlance of politics and mindful of the 50% or higher support for impeachment, they’re “doing calculations” and looking over their shoulders.