There was a whole world of negligible movies made in the early to mid ’50s that nobody’s ever seen or heard of. Silver Lode, The Rocket Man, The Westerner, She Couldn’t Say No, The Saracen Blade, The Secret Love Rites of Saadia…the list goes on. I’ve never seen Living It Up and probably never will. 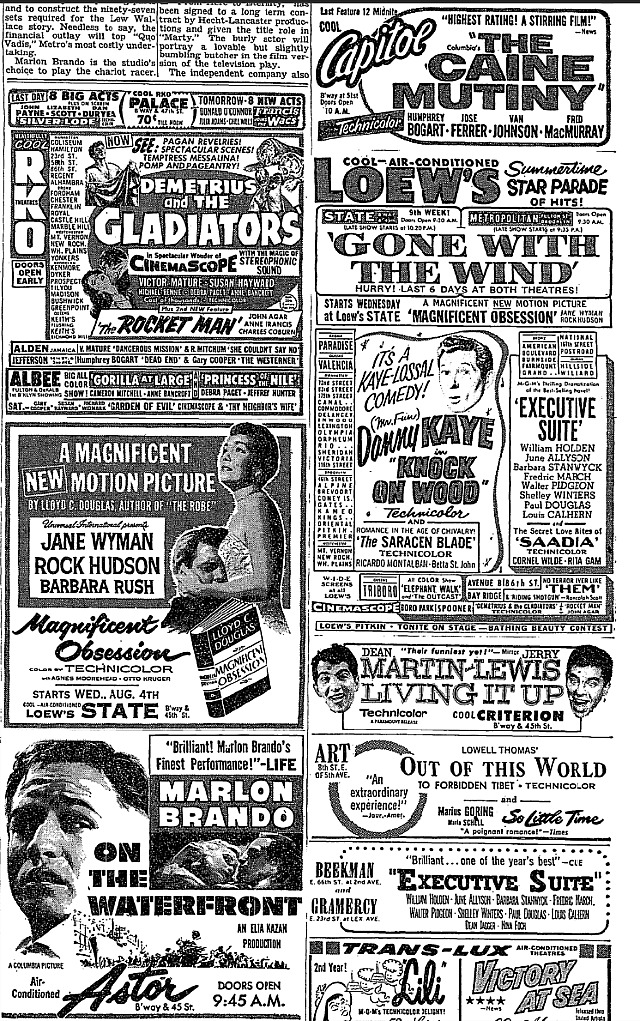 I’ll wager that 99% of those who consider themselves serious moviegoers have never seen a film before noon, much less in the early morning. There’s no need so why go there? I’m presuming that at least 85% to 90% of theatrical viewings happen in the early to mid evening, with the remainder covered by daytime showings for seniors and midnight shows for cultists.

But you haven’t lived until you’ve caught a theatrical screening at breakfast hour or before.

Hollywood Elsewhere caught James Mangold‘s Ford v. Ferrari during the Telluride Film Festival, and enjoyed it for the most part. Especially during the third act. No issues, no problems…approved.

Did I feel vaguely irritated by Christian Bale‘s twitchy performance as Ken Miles? Okay, a bit, and I hated Josh Lucas‘s’ one-note performance as the unctous Leo Beebe, senior exec vp of the Ford Motor Company who does nothing but make trouble for the innovative Miles and Carroll Shelby (Matt Damon). But I brushed these issues aside while deciding that for what it is, Ford v. Ferrari is smart, efficient and highly engaging.

Audiences and critics are on the same page, it seems. Domestically Ford vs. Ferrari made $31 million and change this weekend, and $52,537,000 worldwide. The Rotten Tomato and Metacritic ratings are 92% and 81% respectively, for an average of 86% of thereabouts.

So what’s the HE community verdict? The Rotten Tomatoes summary says it “delivers all the polished auto action audiences will expect — and balances it with enough gripping human drama to satisfy non-racing enthusiasts.” Is that true? And what kind of award action will it receive? 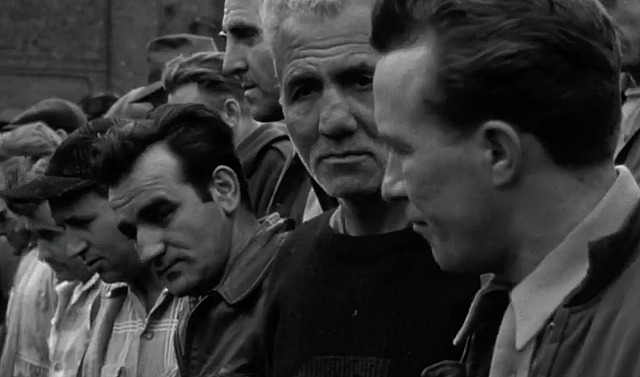 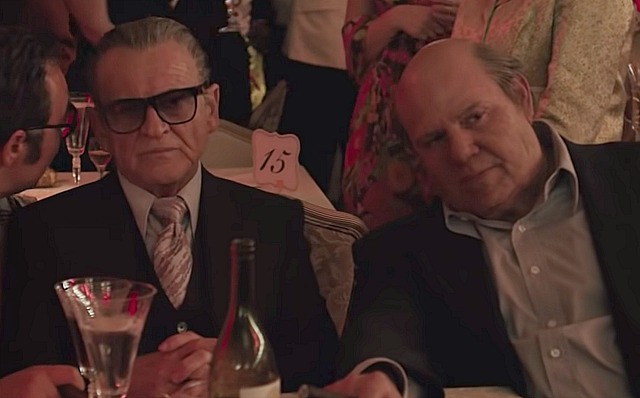 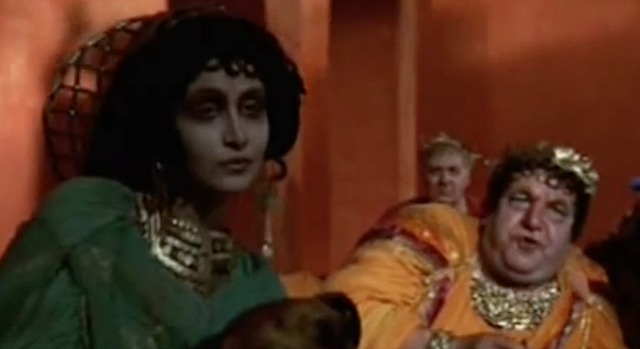 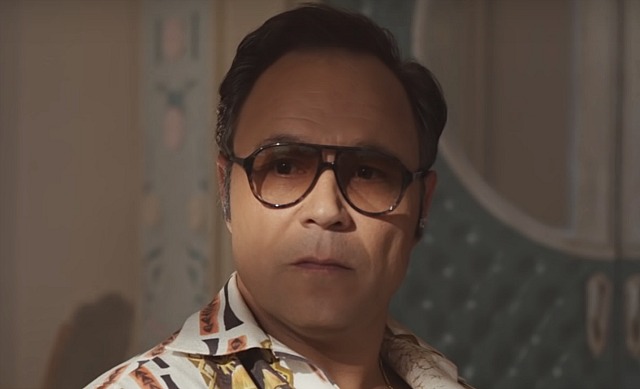 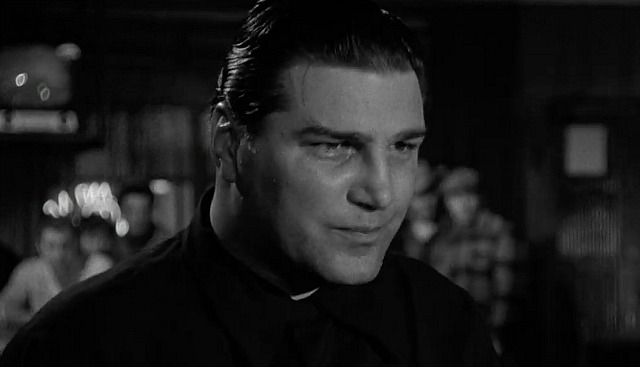 This may sound curious to some, but I’ve thought it over and honestly believe that Stephen Graham‘s intense performance as mobster Anthony Provenzano in The Irishman is more deserving of a Best Supporting Actor nomination than Tom Hanks for playing Fred Rogers in A Beautiful Day in the Neighborhood.

Yes, I know — how dare I bump the deeply loved Hanks? I love him as much as anyone else, and I’m not disrespecting his gentle kindly goodvibe. But his brand has been largely about this for years, and there’s nothing all that extra or surprising or head-turning involved here. His Rogers performance is perfect, agreed, but it’s exactly the kind of thing that Hanks could do in his sleep. Whereas Graham’s “Tony Pro” is a cherry bomb. Hard, defiant concentrated. Remember his Baby Face Nelson in Michael Mann‘s Public Enemies (’09)? He was a mad man in that role.

I can’t bump Al Pacino (The Irishman), Brad Pitt (Once Upon A Time in Hollywood), Sterling K. Brown (Waves) or Willem Dafoe (The Lighthouse) off my Gold Derby list, but I can bump Hanks. If there were six slots for Best Supporting Actor, I would naturally keep Hanks, but there’s only five. Sorry — not my rules.

Guess what? I just tried to put Graham on my Gold Derby list, and he’s not even listed as an option. HE to Tom O’Neil: Can you fix this?

Incidentally: When’s the last time I heard a British guy from a working-class background pronounce “book” in a way that rhymes with “mook” or “juke (box)”? I’m thinking of Ringo Starr in A Hard Day’s Night (’64).

At best, “Impeachment of Our Lives” was heh-heh funny a couple of times. Heh-heh this, heh-heh that. I kept waiting, waiting…fine, whatever.

For the first time ever, there seems to be at least a semi-realistic chance that lefty-moderate Pete Buttigieg will stand alone against The Beast in the 2020 presidential election. And thank God almighty for this possibility. If he snags the Democratic nomination, will Buttigieg win by a narrower hypothetical margin than if things had tipped, say, in the favor of Typewriter Joe? Yes, most likely, but honor, sanity and stability will still win the day. That or this country is self-destructively doomed beyond all measure.