Fair Play For Scruggs & Other Matters 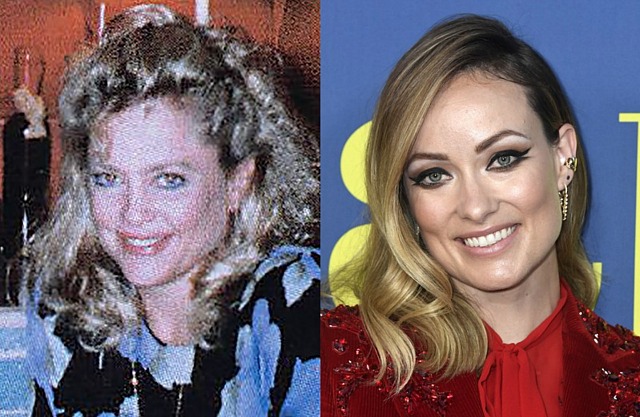 “I worry about Eastwood’s version of Kathy. It would be so easy to play Kathy as a love interest, as something less than the competent reporter she was. Movies often reduce complex people to types. This leaves little space for nuance.

“I’ve read a 2015 version of the script by Billy Ray, a respected screenwriter who I’ve met. Ray portrays Jewell as the hapless innocent hounded after the bombing by the venal FBI and incessant media.I know the film isn’t a documentary, yet the script gives me pause — one scene in particular.

“After the bombing, Kathy meets a police source in the bar of the Four Seasons Hotel. He’s had too much to drink. Predictably, she’s in a short skirt and barely buttoned blouse. ‘I hope you’re not driving,’ she says. ‘You wanna loosen me up or don’t you,’ he responds. ‘Actually, don’t answer that — your skirt tells the story.’

“While the media in general and AJC in particular are portrayed as a horde fueled by shoddy police work at the FBI, it ignores a key point: The press worked hard to expose the holes in the FBI’s theory.

“It was an AJC reporter, Bill Rankin, who first wrote that it would have been impossible for Jewell to have been in the park and simultaneously been at a payphone a few blocks away placing a 911 call to warn about the bomb.

“After the Olympics, I didn’t see much of Kathy. In 1999, I moved to England as the newspaper’s European correspondent. Kathy was plagued by illness, but stayed on the job. Some of her friends believe she was never the same after the Olympic ordeal. She died alone in 2001, just a few weeks from her 43rd birthday.

“Jewell was 44 when he died in 2007. He lived his dream of becoming a police officer, and at his death was a deputy sheriff in Meriwether County. Jewell’s name was cleared of any remaining hint of suspicion two years earlier when Eric Rudolph pleaded guilty to the bombing. The federal government apologized, and he was officially declared a hero by the state of Georgia. He made an appearance on Saturday Night Live and put in a couple of cameos. He lived the life of a hero.

“Maybe the worst offense of the script is a scene that has Kathy suggesting to Jewell’s lawyer that she had made a mistake. Kathy never doubted that she got the story right. The court’s decision came 15 years after Kathy called me with her tip. She and her reporting partner, Ron Martz, never revealed their sources, even though both were threatened with jail. The sources remain confidential to this day.

“When the movie debuts around the end of the year, the truth of Richard and Kathy will be replaced forever by Eastwood’s dramatic vision. I hope he takes his duty to them seriously. It is probably foolish for me to hope he will portray them as what they really were: two hard-working people who did their jobs forthrightly and did them very well.”

Three other Riley beefs and clarifications:

What we’ve been told: The film portrays the AJC’s initial story that Jewell was a suspect in the bombing as based on questionable sourcing.

What really happened: The Atlanta Journal-Constitution was the first to report that authorities considered Richard Jewell a suspect in the bombing. This came amidst the enormous pressure to find the bomber and assure the public that it was safe at the Games. Before publishing the story, the AJC delayed it for a day to obtain further independent confirmation of the story’s key facts that were provided by the original source. The decision to publish was influenced by several factors, including the AJC’s confirmation from law-enforcement sources that they were focusing on Jewell, and highly visible FBI activity at Jewell’s apartment — where agents were preparing to execute a search warrant. An AJC reporter read the entire story to an FBI spokesman to confirm its accuracy before it was published.

What we’ve been told: The film portrays the AJC’s decision-making as unthoughtful.

What really happened: By publishing the story, The Atlanta Journal-Constitution was the first to make the public, including Jewell’s own lawyer, aware of the government’s pursuit of Jewell as a suspect. The AJC’s leaders also recognized that law enforcement’s suspicions of Jewell were about to be made public whether or not the AJC published its story. The story placed law enforcement’s investigation in the public’s view and within its scrutiny.

What we’ve been told: The film portrays the AJC as clinging to its initial report without questioning law enforcement. And the film credits Jewell’s legal team with first undermining the FBI’s flawed initial theory on Jewell.

What really happened: The AJC stuck with the story and played a crucial role in digging out the information that led to Jewell’s exoneration. Two and a half months before the federal government cleared Jewell, our reporters demonstrated that the FBI’s theory was impossible. They showed that the 911 call made from a pay phone by the bomber could not have been made by Jewell; they simply paced off the time it took to walk from the phone to Jewell’s position in Centennial Olympic Park when he reported the finding the bomb. The newspaper published that story on its front page, and it changed the course of the investigation. Jewell’s lawyer made a similar walk with TV reporters in tow after the AJC reporters did.