10 Comments
The Quieter, The Better

There are three kinds of Robert Duvall performances. Many of us, I think, are most enthralled when he plays characters who say relatively little — sometimes just a few lines, sometimes nothing at all but always on the succinct side. When he turns it down and keeps most of it tucked inside.

Seriously, look at Rami Malek. He’s like something out of a late ’50s Hammer horror film mixed with a 14 year-old kid on Halloween night. 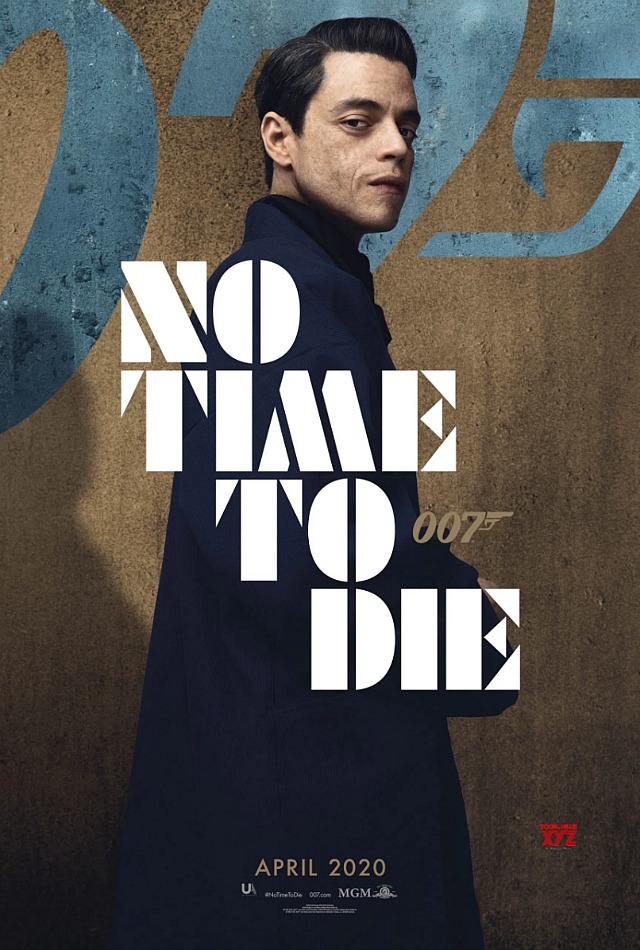 The way I see it, I at least have the location photography to look forward to — suburban England, rural Norway, Budapest, Morocco, etc. 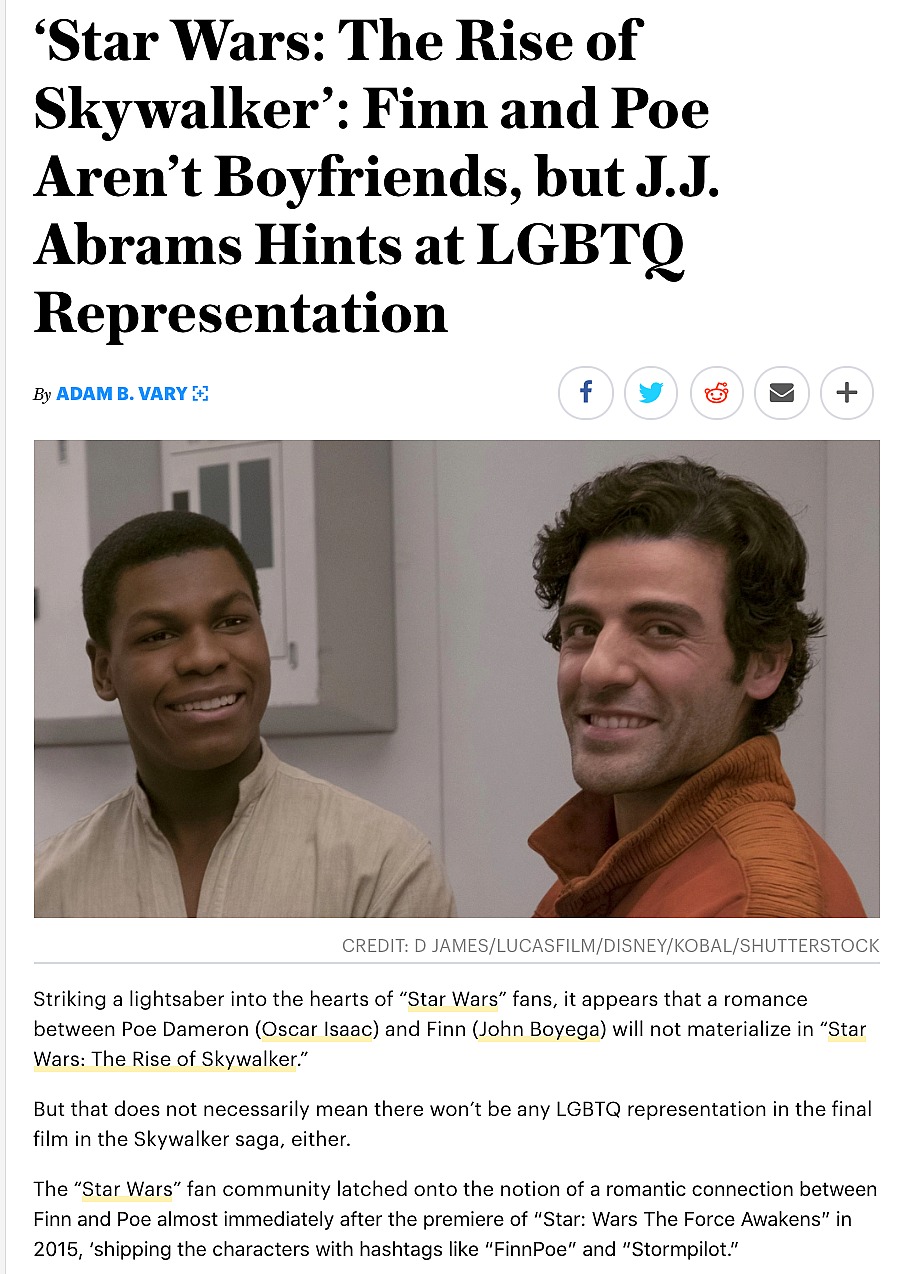 In other words, Malkin is a Little Women fanboy and is personally disappointed that it didn’t even make the top-ten cut. Not necessarily a bad sign for the Oscars, but not a good one either.

“And then there’s Adam Sandler,” Malkin goes on. “The funny man didn’t win the Gotham for best actor for Uncut Gems — that went to Adam Driver for Marriage Story — but NBR gave him the top actor honor.”

Anyone who calls Sandler a “funny man” after his performances in Punch-Drunk Love, Spanglish, Reign Over Me, Funny People and The Meyerowitz Stories is being dismissive. He’s suggesting that Sandler is a dramatic dabbler. That or Malkin is implying that he’s not an Uncut Gems fan. (Neither am I.) Either way it’s unfair.

A couple of nights ago I finally saw Chinonye Chukwu‘s Clemency. There’s a lot of support for Alfre Woodard‘s performance as a death row prison warden coping with guilt. Her acting is effective on its own terms, but I found myself disengaging almost immediately from the script, and to some extent from the direction.

In the very first scene Woodard’s Bernadine Williams, who presumably was hired because she didn’t seem like the excessively emotional type, is seized by emotion as she stares at an execution gurney. A youngish prison guard emerges from a nearby room and says “Warden?” No answer. “Warden?” Ditto. “Bernardine?” he says, and then finally Woodard acknowledges the guy.

Right away I was muttering “bullshit.” No way does a chief administrator of a prison ignore a colleague, or become so lost in thought that she doesn’t hear a question. Cheap theatrical device.

The first execution scene (intravenous) begins a few minutes later. A Latino male is strapped down and sweating his last few minutes of life. The dosing begins with some uniformed dude overseeing the injection of lethal drugs. A couple of guards stand at the ready. Oddly, Woodard’s warden is also in the room, standing right behind the doomed convict and staring at him intently, like a distraught wife or a mother would.

I’ve seen several execution scenes in my life, and I’ve never seen a single one in which a warden hovers over the condemned like a nurse. And I didn’t buy it. It irritated me, actually.

So I’m only a few minutes into Clemency and I’ve already had two dropout moments. I was thisclose to turning it off, but I stayed with it. But I never really “came back in,” so to speak. It’s an okay film in some respects. It’s not awful. I was affected — diverted — by Richard Schiff‘s performance as a bitter bleeding-heart attorney. Clemency will be released on 12.27.19.

15 Comments
Not Crazy Enough By ’19 Standards

In 1972, this Getaway shootout sequence (Steve McQueen vs. seven or eight cowboy-hatted Texas schloombahs) wasn’t intense enough even by Sam Peckinpah‘s own standards of violence, which had been burned into the cultural psyche with Straw Dogs and especially The Wild Bunch. In my book Roger Donaldson’s 1994 remake was better in almost every respect, save for the fact that Alec Baldwin couldn’t hope to measure up to McQueen.

And if someone were to remake The Getaway today, the standing order would be “out-gun the Donaldson version by a factor of ten-plus. And while you’re at it, come up with a flying motorcycle stunt that out-performs that stupid-ass one in that No Time To Die trailer.”

And the dialogue would have to be rewritten, of course. When Sally Struthers‘ distraught character (“Fran”) cries “have you seen Rudy?”, the anonymous Texas gunman would have to reply in a less dismissive way.

All hail Uncut Gems‘ Adam Sandler for having won the Best Actor trophy from the National Board of Review…Godz-approved. I’ve gone on record as an ardent non-fan of Uncut Gems, but Sandler’s crazy pinball performance as an uncontrollably insane gambling junkie is much better than the film — it becomes its own realm and testament.

Keep in mind that nine weeks ago Yahoo’s Kevin Polowy and I were the only two Gold Derby guys to include Sandler on our Best Actor lists. Currently there are five Sandler supporters — myself, Polowy, Blackfilm‘s Wilson Morales, Collider‘s Perri Nemiroff and USA Today‘s Andrea Mandell — out of 31 GD spitballers.

Otherwise Hollywood Elsewhere has no major arguments with the National Board of Review’s 2020 awards.

I’ve certainly no qualms about Martin Scorsese‘s The Irishman winning the Best Film award, or Once Upon A Time in America‘s Quentin Tarantino winning for Best Director — a basic split-the-vote approach. I understand and support the idea of Renée Zellweger winning the Best Actress trophy for Judy.

I’m of two minds about OUATIH‘s Brad Pitt winning for Best Supporting Actor — he totally deserves it but I also loved Al Pacino‘s Jimmy Hoffa in The Irishman.

And I agree with giving the Best Supporting Actress award to Richard Jewell‘s Kathy Bates, although I thought Marriage Story‘s Laura Dern had this one in the bag.

I strongly disagree with the NBR’s Best Original Screenplay award going to Josh Safdie, Benny Safdie and Ronald Bronstein for Uncut Gems. Calling the Gems screenplay superior to those for Marriage Story, Once Upon A Time in Hollywood or Pain and Glory is, to me, an insane call. Steve Zallian‘s Irishman screenplay (“It is what it is”) winning for Best Adapted Screenplay is completely deserved.

Sen. Kamala Harris, the only significant woman person of color in the race for the Democratic presidential nomination, is dropping out. If Cory Booker was a realist he would drop out also — ditto Andrew Yang, Julian Castro and Amy Klobuchar. They’re all finished, and they know it.

Next year’s Democratic presidential nominee is almost certainly going to be a stammering whitey-white male in his late ’70s, which means the vp pick could turn out to be…Harris? Although the smarter vp pick would be Buttigieg — running with a 37-year-old genius would offset the doddering factor.

Here we are in the pre-primary Democratic presidential home stretch and it’s an all-Anglo race now with three post-retirement-age poll champs — Droolin’ Joe Biden, Stubborn Old Goat Bernie and nagging schoolmarm Elizabeth — and a grand total of one sane, super-brilliant, sensible, catching-on candidate who’s under the age of 65 — Mayor Pete.

But of course, the South Bend Mayor is doomed to come up short because of the determination of African American voters to stick us with the 77 year-old Biden, who’s going to gaffe and stumble and brain-mulch his way through the primaries and during the campaign…can’t wait for that endless agony.

If anyone outside of the black community thinks Typewriter Joe is really and truly the man to lead the country into the 2020s…God help their synapses. If there’s really and truly no way out of nominating a septugenarian, I would much rather see Michael Bloomberg run against Trump.

Harris never broke out poll-wise. She was constantly in the lower single digits (in the same general realm with Yang, Booker, Castro and Klobuchar). She had that one surge following her busing contretemps with Biden during…what was it, the first or second debate?

Only now do I have the courage to admit that I always suspected Harris might not make it because she only stands 5’2″. Hillary Clinton stood (and probably still stands) 5’5″. James Madison was the shortest-ever president — 5’4″.

N.Y Times: “The California Senator has suspended her presidential campaign after months of slumping poll numbers, a dramatic comedown after her campaign began with significant promise.

“Ms. Harris has informed staff and Democratic officials of her intent to drop out the presidential race, according to sources familiar with the matter, which comes after a upheaval among staff and disarray among her own allies.

“The announcement is both dramatic and unexpected, perhaps the most sudden development to date in a Democratic presidential campaign where Ms. Harris began in the top tier.”