Criterion has apparently devised a new pricing and access strategy. Until recently there were only two ways to watch Criterion titles — buy the Bluray or DVD versions or stream the films on the Criterion Channel. Or so I’ve gathered.

Criterion physical media tends to be priced higher than average, of course. Their recently released Tunes of Glory Bluray, for example, costs $31.96 and the DVD sticker is $23.96.

But today I happened to notice that the same HD Criterion-stamped Tunes of Glory is available for purchase or rental on Amazon. You can buy permanent access for $14.99, or rent a limited viewing window for 3.99.

To my knowledge new Criterion titles being buyable or rentable on Amazon only days after the street date is a new thing. I tried double-checking this with Criterion p.r. rep Courtney Ott — zip.

A new Criterion gold-standard Bluray comes out, and you’re keen to see it. Do you shell out $32 (except during Barnes and Noble sale weekends) or pay $3.99 for an HD streaming version that probably won’t look substantially different than the physical media version? Or, if you want to watch it three or four times over the next few years, do you pay $14.99? 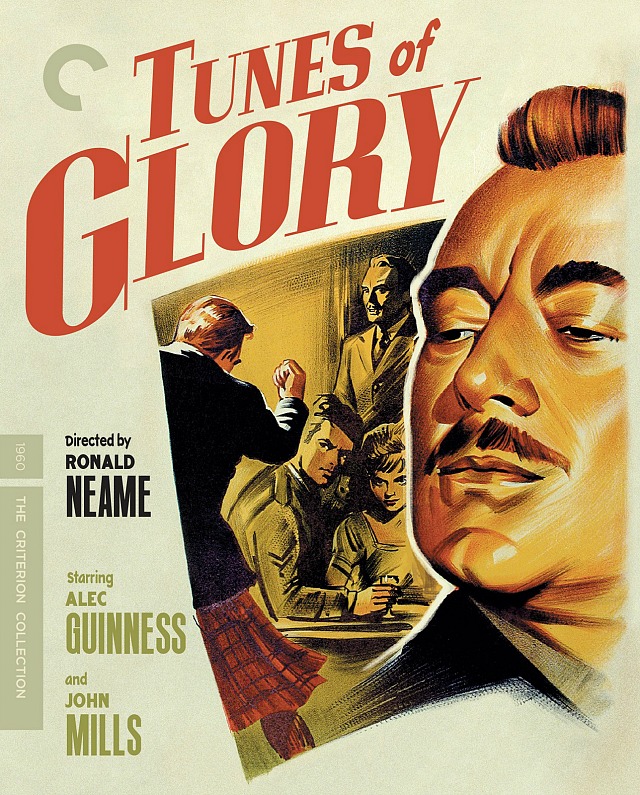 December 13, 2019 4:05 pmby Jeffrey Wells
27 Comments
Arguably The Most Ghastly Film Ever Made

On 2.4.20 Kino Lorber will issue a 4K restoration Bluray of Russell Rouse‘s The Oscar (’66). I tried watching it once, but A couldn’t get past the first hour. It’s basically a Joseph E. Levine horror flick about a ruthless actor (Stephen Boyd‘s Frankie Fane) who claws his way to the top, etc. The dialogue and especially the performances are drop-dead awful. Some enjoy watching bottom-of-the-barrel films, but not me. A director friend says the commentary track by Josh Olson and Patton Oswalt “promises to be one for the ages.” Howard S. Berger, Steve Mitchell and Nathaniel Thompson provide another commentary track. 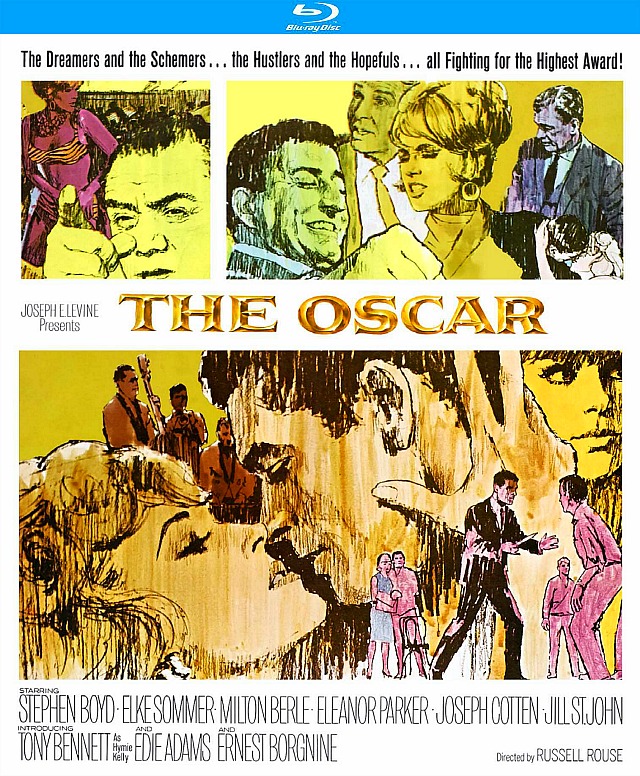 Ladj Ly‘s Les Miserables (Amazon, 1.10.20) is the official French nominee for the 2020 Best International Feature Oscar, having nudged aside Celine Sciamma‘s much-admired Portrait of a Lady on Fire. It was my favorite film at last May’s Cannes Film Festival, and the film I’d most like to see win the foreign Oscar on 2.9.20.

I know Parasite has it in the bag but Ladj Ly‘s film is just as socially incisive as Bong Joon-ho‘s, and it has no insane story-logic issues. And a much better ending. It would be a major miscarriage of artistic justice if Les Miserables doesn’t at least emerge as one of the Best International Feature Oscar nominees.

The other day I stopped by West Hollywood’s Sunset Marquis for a brief sit-down with Ladj Ly. Or rather with the non-English-speaking Ladj and his interpreter. Two on the couch, one (me) on a nearby chair. 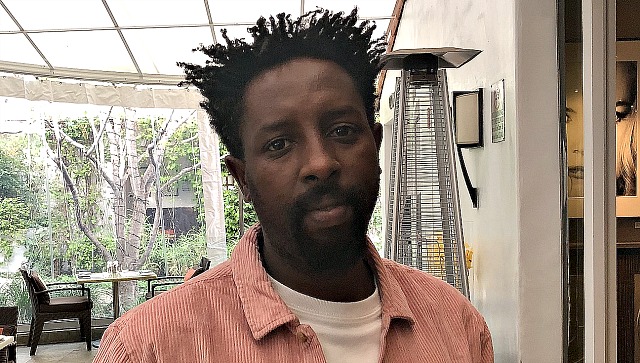 Ladj struck me as a sea of calm. Settled, unhurried, matter of fact, good eye contact. Reluctant to smile too quickly or easily, but when he smiles it counts. His English sucks as badly as my French, which naturally put me at ease.

So we had a nice, easygoing chat but I never got a quote as good as the one Ladj gave the N.Y. Times the other day, so here it is: “I was inspired by my own history. Everything in the film comes from my life, from beginning to end. It’s a sort of autobiography, and a witnessing. I tried to make a film that resembles [the community that I live in]. To live in these towers — it’s violent, it’s degrading.”

Set in the Parisian suburb of Montfermeil, a poor but tightly-knit African Muslim community (where Ladj grew up and still lives), it offers a jolting contemporary echo of the cruelty, harassment and oppression that ignited Victor Hugo’s classic 1862 novel, this time rooted in police brutality and racial animus.

Written by Giordano Gederlini and Alexis Manenti and brilliantly shot by Julien Poupard, Les Miserables feels like a rough-and-tumble Antoine Fuqua film, using the basic dynamic of Training Day (but with three cops instead of two) plus a Little Do The Right Thing plus a constant stream of anxious urban energy. And with an open-ended existential ending that resembles the finale of Danis Tanovic‘s No Man’s Land. Or, if you will, the last two or three minutes of Asghar Farhadi‘s A Separation. 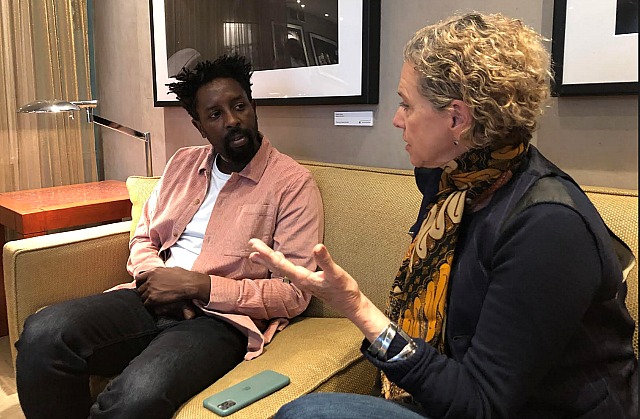 4K, 60 frames per second…watch this full screen or better yet mirrored on your 4K big-screen. I’ve been to this region of Switzerland twice and have driven this exact same road (Grundelwald to Lauterbrunnen and beyond) and have gotten misty-eyed both times. If you’re at all receptive to God’s architecture this video will put you into state of a meditative awe. I love that no one has narrated with the usual rambling blah-blah. 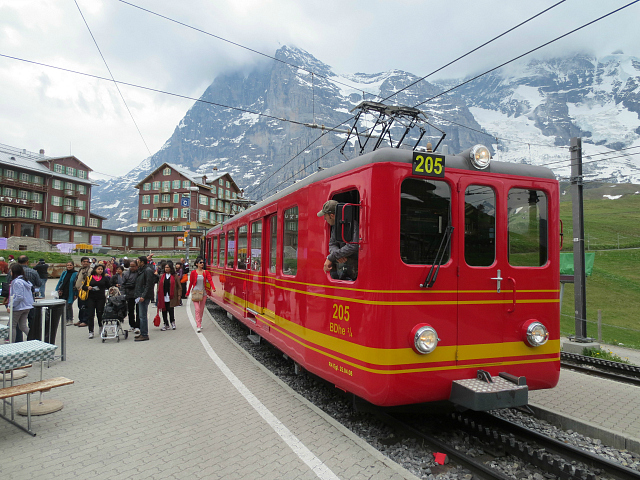 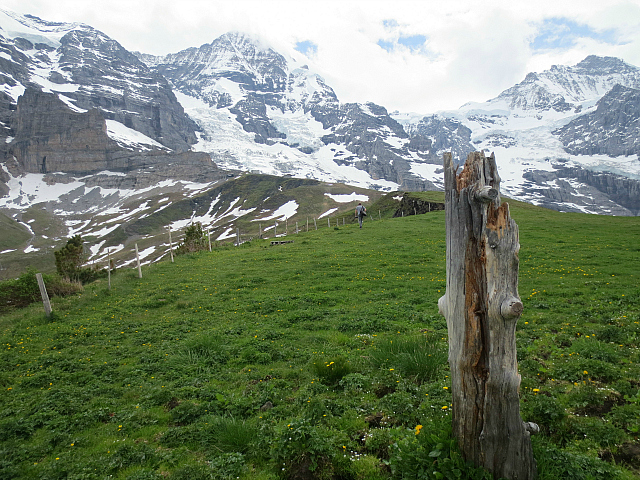 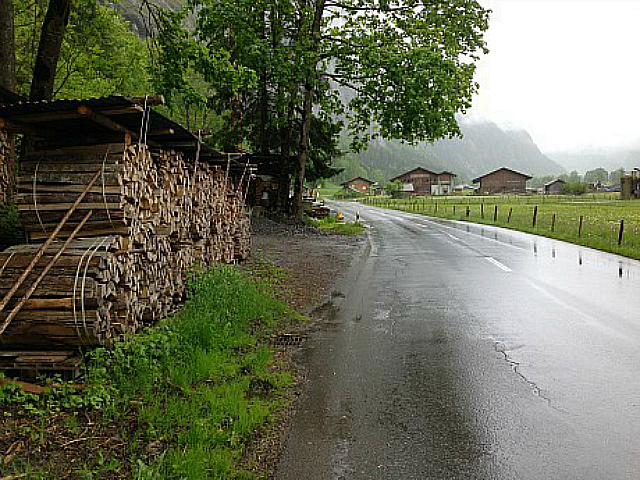 25 Comments
Aiello In The Clouds

Would it have killed Sal, the pizzeria owner in Do The Right Thing, to mount a few photos of African-American cultural heroes (Muhammud Ali, Malcolm X, etc.) alongside the usual portraits of Frank Sinatra, Enrico Caruso, Fiorello LaGuardia and Vito Corleone? It was Sal’s restaurant, sure, but his customers were mostly African-American and Fort Greene, at the time, was a mostly African-American neighborhood. Almost anyone would have realized that sharing the wall was a smart move.

But not Sal. Because he was a proud, mouthy, pugnacious, under-educated cannoli prole who tended to argue first and think about it later.

Which is why Spike Lee hired the late Danny Aiello to play him. Because Aiello exuded white, working-class Italian-American culture without saying a word. No matter who he played, Aiello always seemed earthy, a bit anxious, wary, unsettled and on the bulky side. His characters always had something to prove. He could have never played an effete university professor or a wealthy architect. Well, perhaps he could have but he never did.

The 86-year-old Aiello died today (or last night) at a hospital in northern New Jersey. He had a home in pricey Saddle River, but he came from a New York City background that was all pizza and meatballs and subway rides and snowcones. Born in Manhattan to a large family, raised in the Bronx…a New Yorker and a New Jerseyan through and through.

My favorite Aiello performance? One of the especially fucked-up guys in a 1984 (or ’85) N.Y. Broadway production of David Rabe‘s Hurlyburly.

HE’s favorite Aiello screen perfs: Moonstruck, The Purple Rose of Cairo, Ruby, Harlem Nights, Léon: The Professional, 2 Days in the Valley. I never ever saw his performance as Don Domenico Clericuzio in the miniseries The Last Don (’97).

I never understood why Aiello’s assassin said “Michael Corleone says hello!” just before he attempted to strangle Michael Gazzo‘s Frankie Pantangeli in The Godfather, Part II. The hit was ordered by the Rosato brothers, of course. Aiello’s assassin had every expectation that Pantangeli wouldn’t survive so what difference does it make if he believes during his final seconds of life that Corleone was behind it or not?