Early today I was reading Owen Gleiberman’s 11.30 essay about the late John Simon. An honest assessment, if on the unkind side. I was thinking how we’re not allowed to be kind to guys like Simon in death, lest we be cast into the pit and stoned to death ourselves. We’re not even allowed to be fair-minded, for the most part. Then again there’s a money quote in Gleiberman’s piece, and when I read it I thought “Jesus, Simon actually said that?” I’m sure he thought better of that remark the next day, but God, what a horrific aspect of his personality. An erudite, dapperly dressed, old-world Hungarian vampire with a certain taste for derision and at times dismissive cruelty. He could have done with less of that, obviously, but then again that was Simon, warts and all. His venom truly was his brand. Take that away, and you have a smart but rather stuffy middlebrow critic who we wouldn’t even be talking about today. 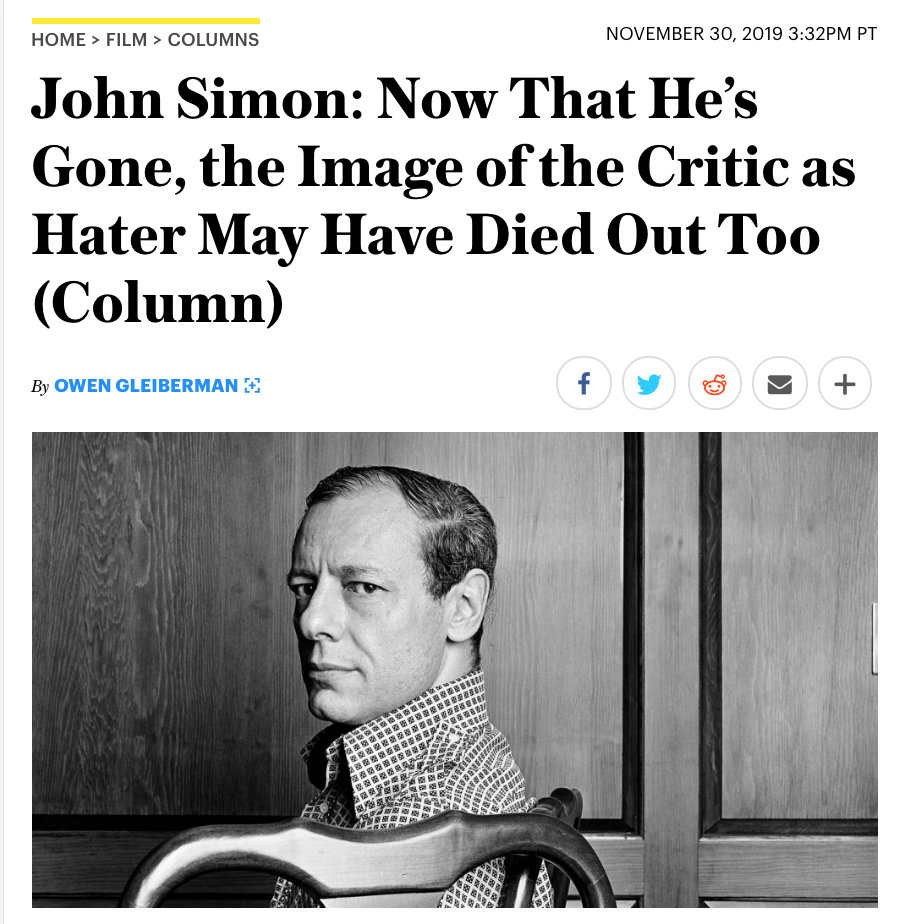