Race is the principal reason that your Fox News bumblefucks are so blindly loyal to The Beast.

The U.S. was generally a European-descendant white country during the 18th, 19th and most of the 20th Century, and it technically still is with 60.7% of the U.S population composed of non-Hispanic whites. But by 2050 whites will only represent 47% of the population. The country is basically tipping in a pluralistic, multicultural direction. For a half-century the Republican party, which adopted a kind of Anglo Saxon Maginot Line mentality (the “Southern strategy”) and which today is represented by guys like Donald Trump, Mitch McConnell, Kevin McCarthy and Jim Jordan, has been the party of white resistance.

And so lunatic righties see themselves as defending the Alamo, and they see Trump, for all his appalling ignorance, arrogance and self-destructive behavior, as a fat Jim Bowie or an orange-faced Davy Crockett mixed with a New York City crime boss. 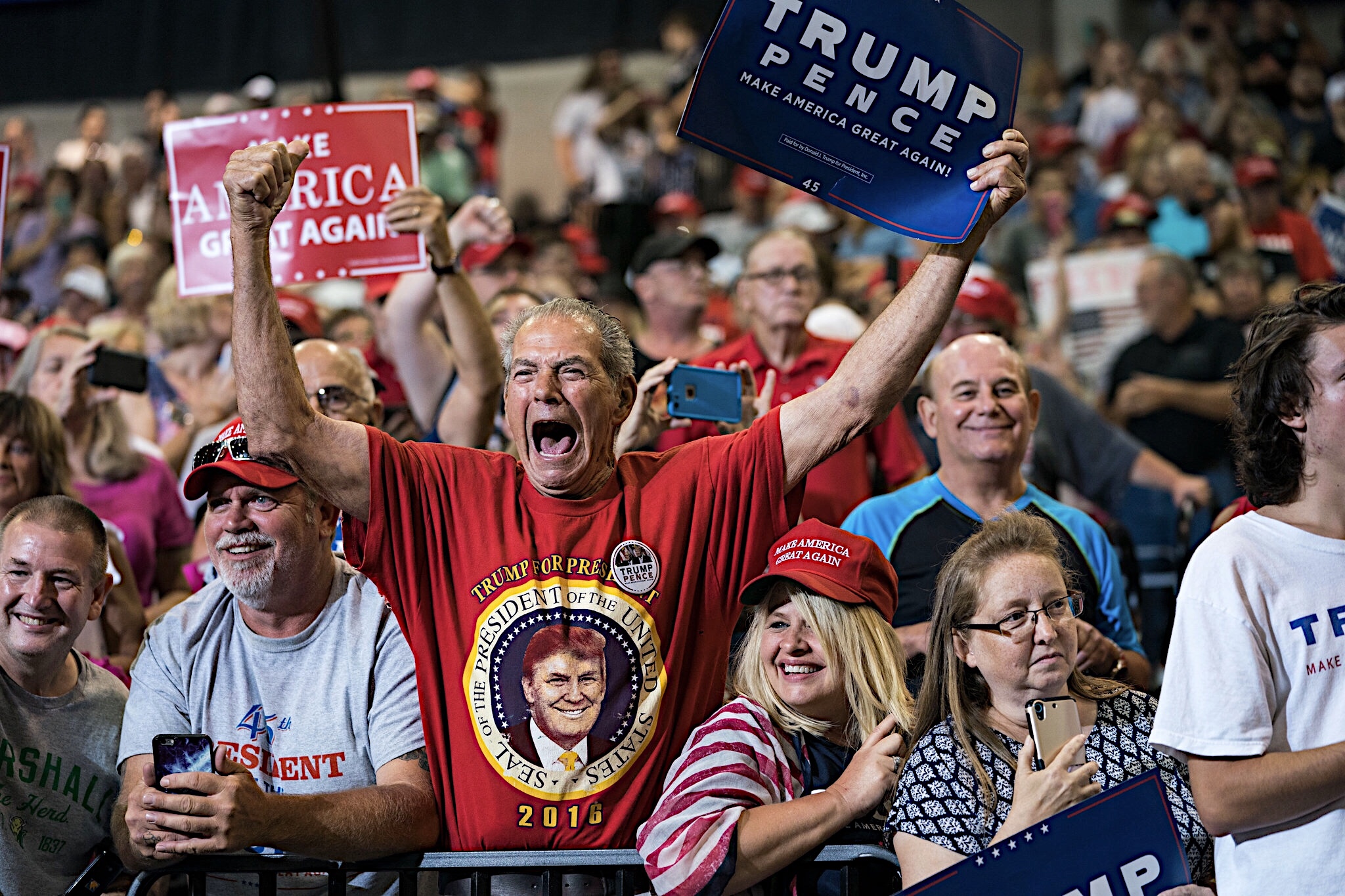 This is their last stand and they know it, and he’s all they’ve got. They know that sooner or later General Santa Anna‘s troops (multiculturals, LGBTQs) are going to scale the walls and bayonet them to death and ravage their daughters and mitigate the bloodline all to hell.

On top of which they know that urban liberals not only despise them for their Trump allegiance but because they embody what has become a full-on racial epithet — “crusty older white person.” (Just ask Rosanna Arquette.)

So they don’t care. They’re the Wild Bunch shooting it out with General Mapache‘s troops. They’re dead men, but at least they’ll know the dark satisfaction of causing as much chaos and destruction as possible before they fall to the floor, bleeding and cut to pieces.

White guys “settled” this country (i.e., stole, slaughtered, railroaded, plantationed, bulldozed, capitalized) fair and square. And now the non-elite, non-urban, under-educated sector of whitebread culture has been marginalized and discredited, and is on the verge of being finished.

This is why Michael Moore is saying that Trump, God help us, has a fighting chance of being reelected in 2020. Because they’ve latched onto an idea that they’re fighting for their very existence.

Bumblefuck despair and depression is the main reason that average life expectancy in the United States has been on a decline since 2014. The Center for Disease Control and Prevention cites three main reasons: a 72% increase in overdoses in the last decade (including a 30% increase in opioid overdoses from July 2016 to September 2017), a ten-year increase in alcoholic liver disease (men 25 to 34 increased by 8%; women by 11%), and a 33% increase in suicide rates since 1999. 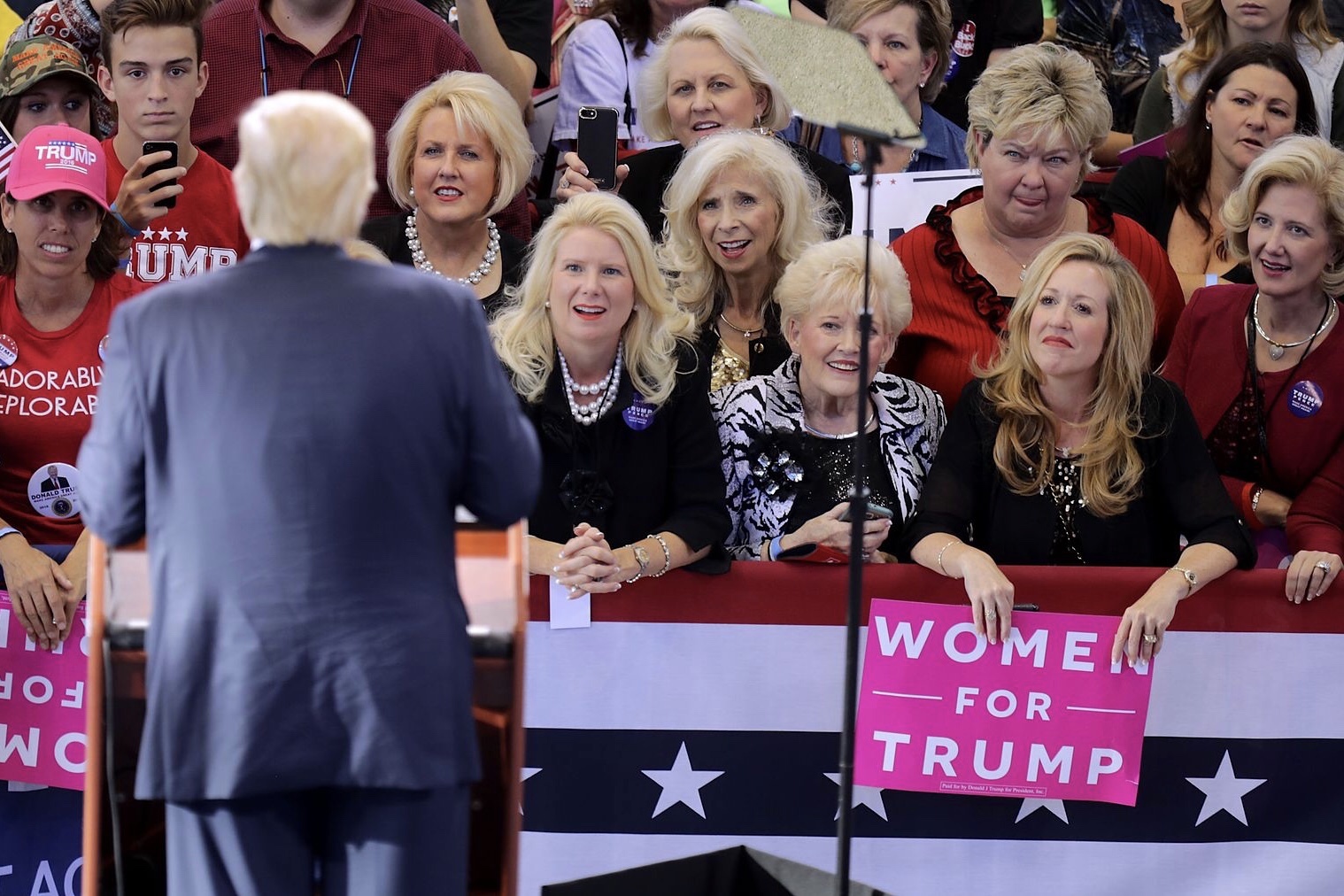 In short, if Scott Feinberg’s insect-antennae readings are correct, all the ardently woke film twittering and comintern-ing that repeatedly protested the award-nomination snubbing of Little Women…all of that has come to naught. If, to be clear, Greta Gerwig’s film turns out to be a “major threat.”

Cats is about as unpopular with Joe Popcorn as Uncut Gems. Once again critics are off on their own planet. A portion of the Rotten Tomatoes gang wants Cats to face prosecution in The Hague. Ticket buyers are just “ehh, doesn’t work, whatever…next!”

Until this morning, I had no idea Travis Bickle‘s apartment was located at 586 Columbus Ave., between 88th and 89th streets. I’d aways presumed his pad was in some ramshackle Hell’s Kitchen building, in the mid to upper 40s between 9th and 10th Avenue. 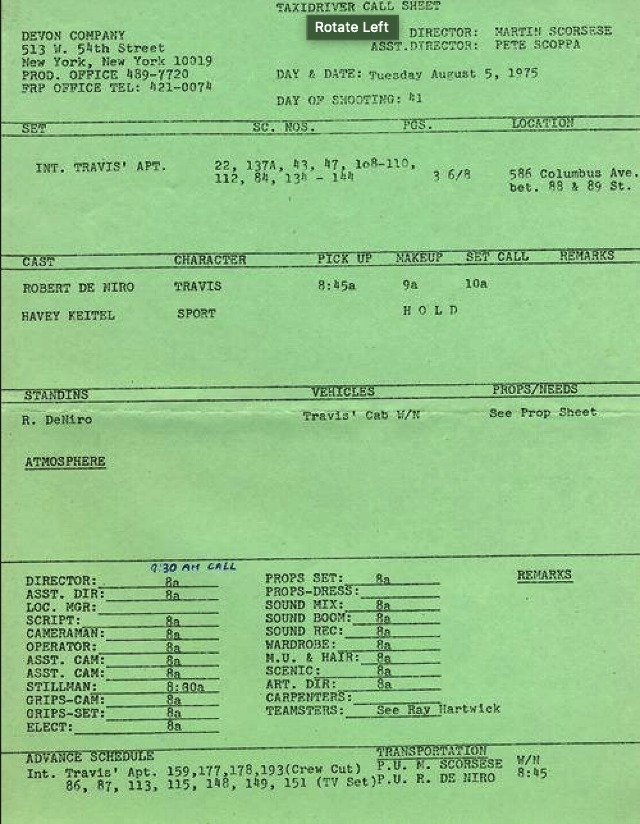 No Lighthouse or Les Miserables? I’ll cut Barack a break and presume he hasn’t gotten around to either. (Or he’s seen both and shied away because The Lighthouse has currents of madness and Les Miserables stokes unruly rebellion.) And he approves of Diane! 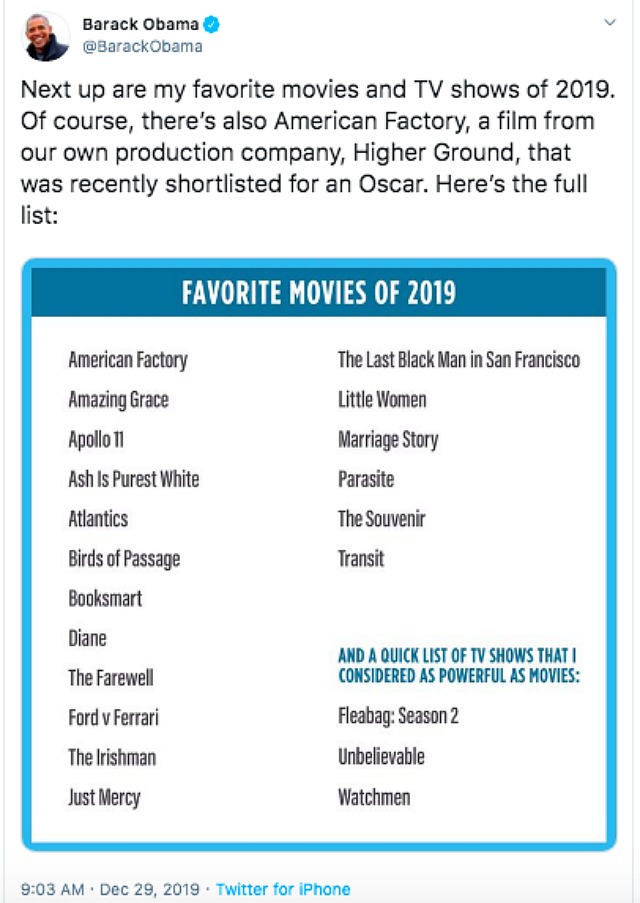 On one hand I’m in league with Joe Popcorn as far as WTF reactions to Uncut Gems are concerned. On the other I’m stunned by negative or “later” reactions to Robert Eggers‘ The Lighthouse, which is easily among 2019’s ten best if not the top four or five.

The sad truth is that 97% of ticket buyers can’t get beyond subject matter. “So what happens? Two lighthouse keepers go crazy on a rocky island in the 1890s”…no, much more than that. You can’t tell them “it’s the singer, not the song.” You can mention the visual atmospheric highs…black and white, 1.19 aspect ratio, King Triton, the demonic seagull, magnificent production design…and 19 out of 20 popcorn inhalers will reply “so?”

Tatyana wanted to visit Top of the Mark, the 19th story bar-restaurant on the penthouse level of the Mark Hopkins hotel. I hadn’t visited since the mid ‘80s so what the hell. It opened in ‘39 and became quite the essential stopover for WWII officers (slender, nattily uniformed, in the company of classy ladies in bright red lipstick) bound for combat in the Pacific or returning from same.

The cultural atmosphere at the Top of the Mark is a little different these days. A few nice-looking people, sure, but also a fair amount of overweight, horribly dressed proletariat commoners wearing baggy jeans, knitted skullcaps and whitesides. A time-traveling anthropologist comparing the differences between 20th and 21st Century clientele would be struggling for the right politely descriptive phrases while conveying an honest assessment, as I am now.

The truth is that over the last 60 or 70 years certain aspects of American culture have not only gone downhill but sunk into the swamp. We’re talking about the Decline and Fall of the Roman Empire here. Herb Caen would be in shock.

I could do Sundance ’20 without breaking a sweat. I could wangle tickets from publicists like I did last year, and without a single care about wearing a Camp Woke press pass around my neck. And I’d have a good time doing the usual social whirlygig and wearing my black cowboy hat and so on.

But you know what? Fuck Sundance. The films simply aren’t vital or necessary enough — they’re for people in the greater Sundance community who may or may not tell their friends to stream this or that festival favorite down the road, and that’s all.

Yes, they screened Lulu Wang‘s The Farewell last year and that was certainly a good thing, but the classic Sundance glory days are over. The era of debuting Oscar favorites like Manchester By The Sea and Call Me By Your Name is almost certainly drawing to a close. Because Sundance is no longer a launchpad — it’s become a self-absorbed instruction chamber for woke Stalinism and the perpetuation of Sundance movies that say the right p.c. things.

I’d like to go because I’ve been attending for 25 or 26 years straight and it’s in my January blood, but it’s just not worth the money and the hassle any more. The usual five or six standouts will screen and stream in good time. On top of which money is a little tight this year so maybe next year or maybe never again…who knows?

Or maybe not until independent film culture shifts into another mode and instructive representational wokesterism is no longer the dominant tune being played on the bagpipes. 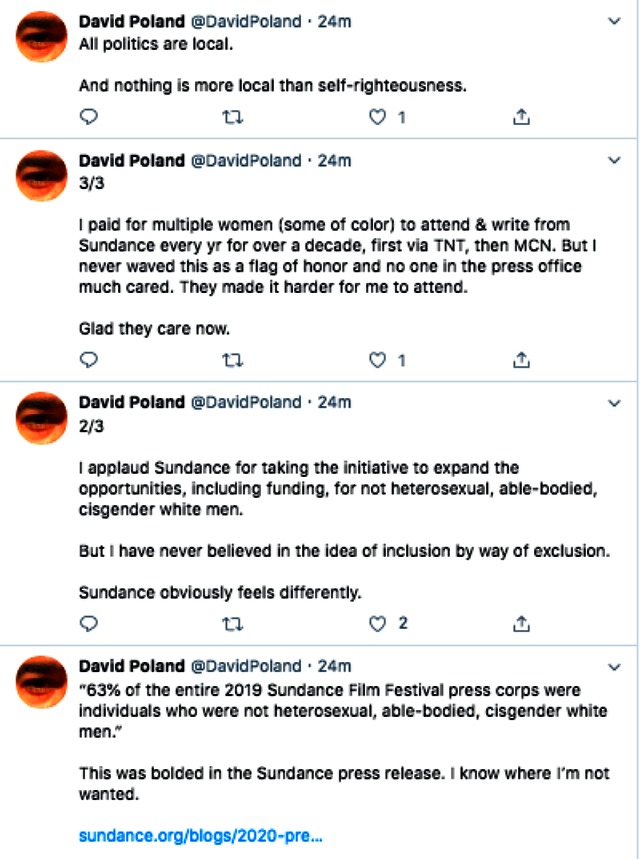 Say what you will about Hollywood Elsewhere, but let no man dispute that (a) I am a Reality Fortress, and (b) I’m almost never a go-alonger when the critical community loses its collective shit mind over an auteurist favorite of a dubious caste.

For when it comes to difficult films I am a slice-of-pepperoni-pizza kind of guy and an all-around “man of the people.” Not when it comes to masterpieces like Cold War or cop films like Les Miserables, but in the matter of irritating, eccentric, frenetic-style-for-its-own-sake films.

Case in point: Josh and Benny Safdie‘s Uncut Gems, which I was appalled by when I saw it at last September’s Telluride Film Festival, but which 93% of elite critics dropped to their knees for. Well, compare their Safdie worship with the current Uncut Gems situation: (a) 55% Rotten Tomatoes audience rating and (b) C+ CinemaScore rating.

It’s almost as if critics and Joe Popcorn saw two different films, no? Translation: Many if not most critics live on a secular planet that orbits around Betelguese.

And you know what? The Safdies are going to keep making “crazy Safdie” films. They’re not going to learn from this. Because they live in their own Manhattan echo chamber. And that’s par for the course. 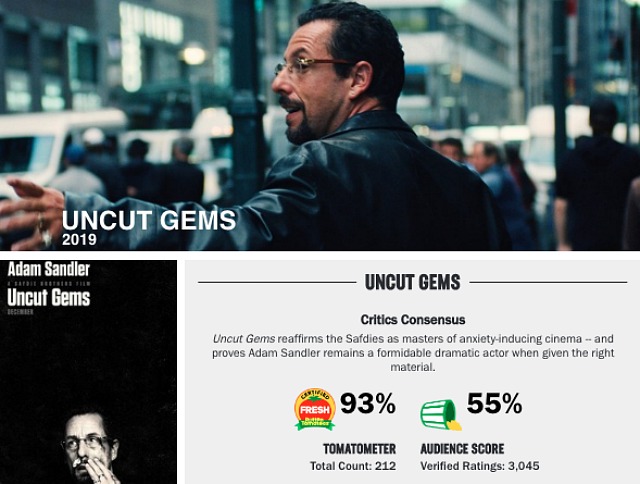 Fairly or unfairly, Paramount’s Clifford the Big Red Dog is generating Cats-type advance buzz. I don’t know why this would (allegedly) be. A dinosaur-size Irish setter living in an urban apartment building sounds like money…great fun for the whole family.

Near the peak of Marin County’s Mt. Tamalpais. My breathing is labored in a Wheezy Joe sort of way, and my heart is thumping and chugging like piston rods inside the engine of the RMS Titanic. Pike Bishop: “I wouldn’t have it any other way.”