Received this morning from HE friendo: “It bugs me that people are charging the Hollywood Foreign Press Assocation with sexism. Vulture tracked down their members, and at least 50% of the membership is female” [after the jump].

There are few things in modern life that I despise more than slow elevators. Okay, there are dozens if not hundreds of things I despise, but slow elevators are near the top of the list. Particularly those that take 20 or even 30 seconds to settle into position before opening the doors on a given floor.

Now that Cats has been seen by at least a portion of the HE community, is there anyone besides myself who feels a bit sorry for this poor film…this widely despised, universally-shat-upon Tom Hooper musical? It’s not awful, just miscalculated and therefore unsatisfying. I’ve had more painful times with many other films, and I got through it without dozing. And I didn’t walk out. This means something.

HE respects that casual, gum-chewing, faintly lewd quality she seemed to radiate under Kubrick’s guidance. Whatever it was or wasn’t, Lyon’s “Lo” had a certain poise or attitude (not “sexuality” exactly but a kind of ownership of that without seeming to care one way or the other) that I never got from Dominique Swain’s performance (no offense) in Adrian Lyne’s Lolita.

Will Lyon occupy a slot in the Oscar telecast death reel? She should. Kubrick’s Lolita was quite the thing in the Kennedy era, and Lyon’s teenaged take-it-or-leave-it aroma or otherness was more or less what that thing was about. 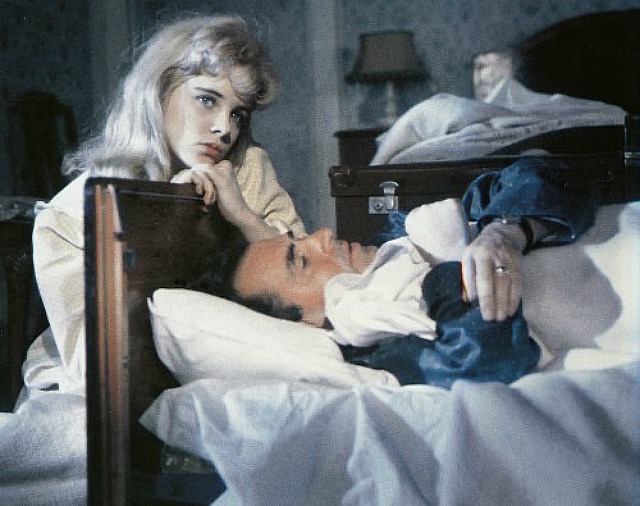 I’ve seen On Her Majesty’s Secret Service exactly once. Most of us think of this 1969 film as the George Lazenby one-off that made the most of its Swiss alps location shoot. I remember being moderately satisfied if less than floored. Meh, decent, not bad, passable.

But I didn’t think Lazenby was the right guy to succeed Sean Connery. Because there was something about his vaguely Asian eyes and extremely high cheekbones that said…well, Nanook of the North or something in that realm. Roger Moore, Timothy Dalton, Pierce Brosnan and Daniel Craig had the right kind of Britishness, but not Lazenby. He seemed good-natured as far as it went, but he looked like Cochise.

I’m mentioning this because of a 12.27 N.Y. Times piece about OHMSS, written by Thomas Vinciguerra and called “50 Years Later, This Bond Film Should Finally Get Its Due.”

Vinciguerra has half-convinced me to give On Her Majesty’s Secret Service another whirl. Maybe.

“What sets OHMSS apart,” the article claims, “is its faithfulness to the original Ian Fleming novel, virtual absence of Q Branch gizmos and, above all, its emotional depth. Bond falls in honest-to-goodness love and marries, only to see his bride, Teresa Draco (Diana Rigg), murdered by the supervillainous organization SPECTRE.

HE filing from 8:30 am to 12:30 pm. Left for Sonoma and parts surrounding around 1 pm. A brutal drive through clogged East Bay traffic…80 (Oakland Bay bridge) to 580 to 101, etc. Tatyana did some wine tasting ** at the Artesa Winery, which is located amid the usual greenish brown vineyard hills; the main structure overlooks everything in the region and even allows you to see San Francisco in the distance. Then over to Sonoma (I haven’t attended the Sonoma Film Festival for a good six or seven years) and the usual roaming around. Then over to Petaluma, down the 101 and back to the city. 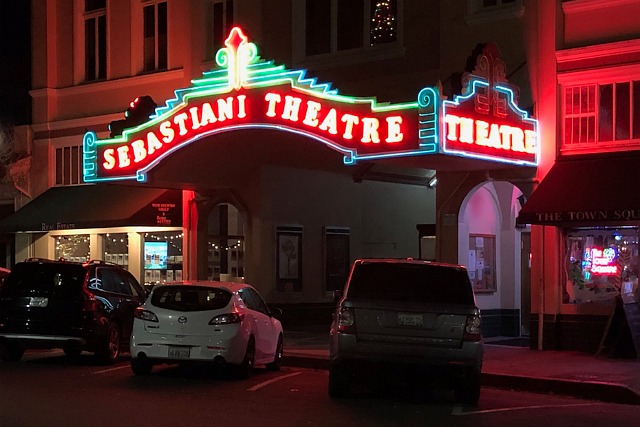 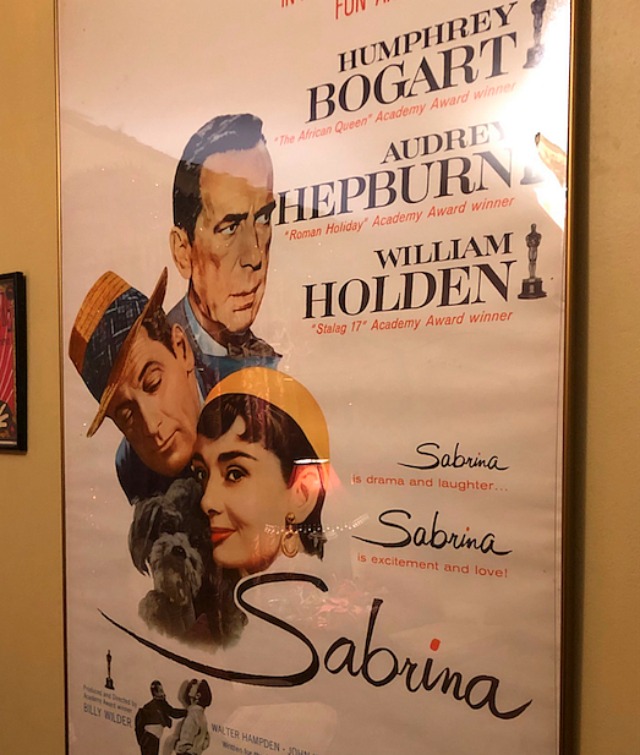 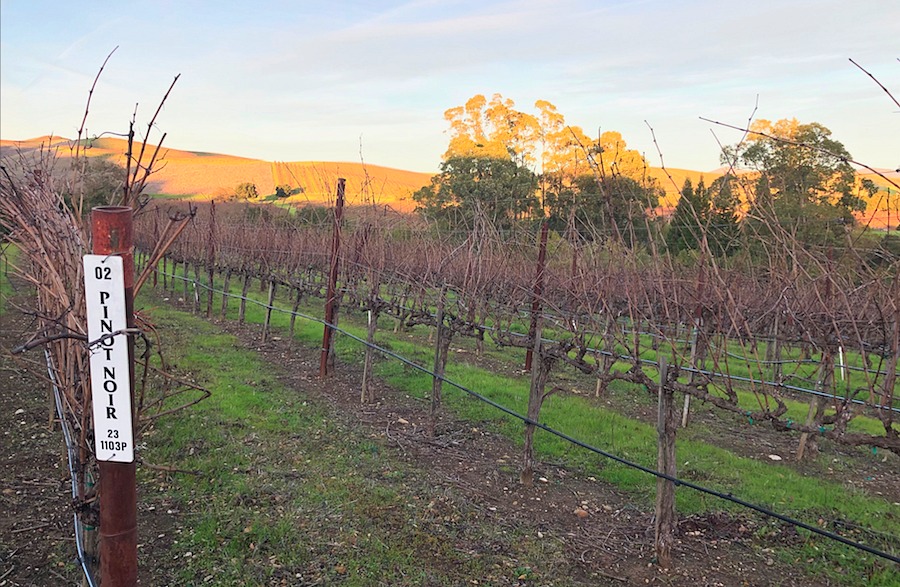 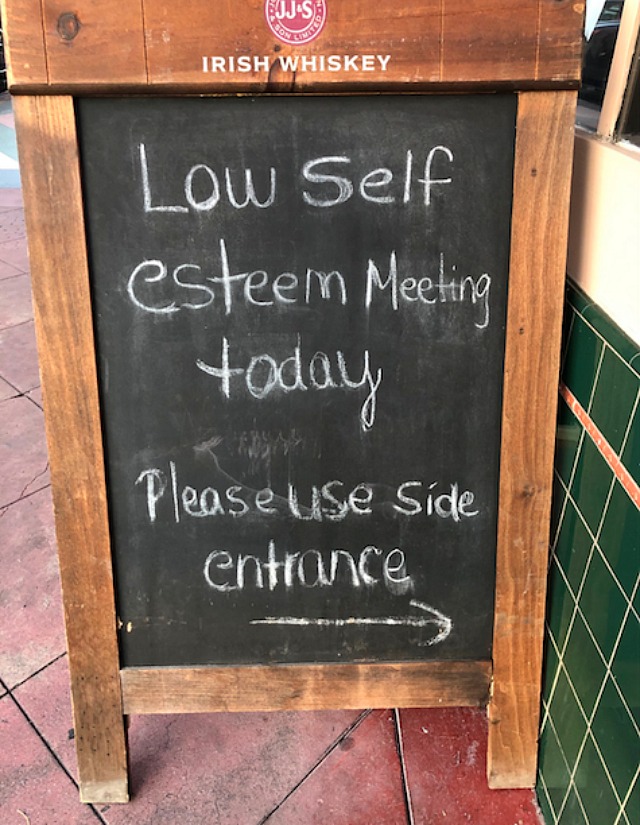 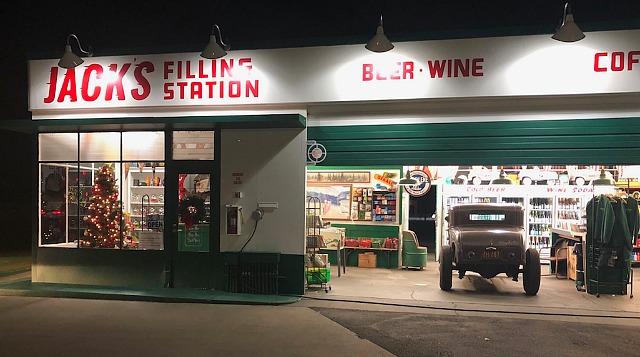 Eleven days after “Little Women Has a Little Man Problem,” a 12.17 Vanity Fair piece by Anthony Breznican, and six days after Janet Maslin tweeted that “the Little Women problem with men is very real” (on top of HE’s simultaneous posting of “Gender Instinct,” which addressed some of the ins and outs), another “stand up for Little Women” piece has appeared.

Today’s variation is in the wokester N.Y. Times and titled “Men Are Dismissing Little Women — What a Surprise.” The author is blogger-columnist Kristy Eldredge. 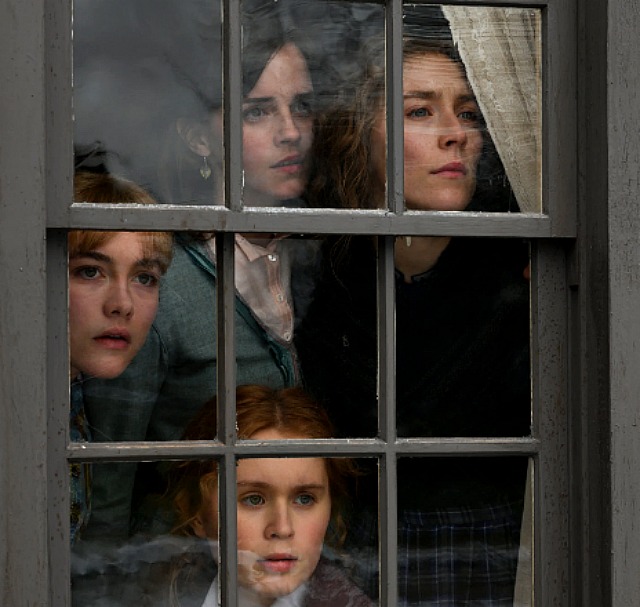 Couple this with the outraged pushback that followed the snubbing of Little Women by the Golden Globes as well as SAG and you have one of the most impassioned and sustained arguments for Oscar justice in award-season history, and the most ardent since…what, the foreign language committee snubbing of Four Months, Three Weeks, Two Days?

Maslin’s 12.21 tweet identified what she saw as a basic attitude blockage on the part of dudes towards Gerwig’s film. Which had manifested, she said, in a refusal or reluctance to see it, based on insect antennae vibrations they’d been picking up.

On the same day “El Friendo” sent a response to Maslin, attempting to explain that the insect antennae readings are based upon something real, and that guys are not the problem but the film is. Here it is again:

“So I’m the problem if I don’t include Little Women on my best-of-the-year list, per Maslin. Because I’m a guy?

“Per Maslin, I am not allowed to say the performances were fine but the William S. Burroughs cut-up approach to the narrative, and the decision to lay wall-to-wall music over every scene to make up for the emotional dissonance of the fractured narrative didn’t work for me.

“Yes, I’m to blame for not approving of and/or not being thrilled by these creative decisions. Because I’m a guy.

“Little Women flat-ass doesn’t work mostly because Amy Pascal indulged Greta Gerwig in a stupid idea. Had the exact same movie been produced at Disney, they would have said ‘No William Burroughs bullshit; and maybe even dialed the stupid music score mouthwash back from drowning every fucking scene.”

“This is not what God would want…”

In God We Trust pic.twitter.com/xbMCTDhgp4

Lesson #1: Outside of Robert De Niro‘s historic turn as Jake La Motta in Raging Bull and Christian Bale‘s Dick Cheney in Vice, name me one performance that gained in conviction or versimilitude because the actor gained weight for the part.

Okay, Russell Crowe in The Insider, Vincent D’Onofrio‘s “Gomer Pyle” in Full Metal Jacket and Charlize Theron in Monster. I’ll allow these. Five in all.

But how exactly was Bradley Cooper‘s Chris Kyle in American Sniper more convincing or persuasive because he gained 40 pounds? All through my first and only viewing all I could say to myself was “Jesus, Cooper’s less than five pasta dishes away from being a total fatass, albeit a muscular one.”

How was Charlie Sheen‘s Wall Street performance better because Sheen packed on 15 or 20? I could never figure this out.

Ditto Aaron Eckhart as the bad pot-bellied husband in Neil Labute‘s Your Friends and Neighbors (’98).

If I was a successful screen actor I would never pack it on for a role. If I was a much-in-demand director, I would always discourage actors from doing this.

Alfred Hitchcock to Cary Grant prior to filming North by Northwest in 1958: “Cary, Roger Thornhill is a very wealthy man who sets no limits on indulgence. He eats and drinks what he wants, and the world still beats a path to his doorstep. He has to look the part of the arrogant New Yorker. I want you to fly to Italy and eat nothing but pasta and gain 20 to 25 pounds before the start of principal photography.”

Grant to Hitchcock: “Get yourself another Thornhill…no offense.”

“Too much of today’s left is too busy pointing out the ugliness of the Trumpian right to notice its own ugliness: its censoriousness, nastiness and complacent self-righteousness.

“But millions of ordinary Americans see it, and they won’t vote for a candidate who emboldens and empowers woke culture. The Democrat who breaks with that culture, as Clinton did in 1992 over Sister Souljah and Obama did in October over ‘cancel culture,’ is the one likeliest to beat Trump.” — N.Y. Times columnist Bret Stephens in a 12.26 post titled “What Will It Take to Beat Donald Trump?”

In other words, if the Democrats nominate a strident, doctrinaire lefty who winks at the Robespierres, they’re toast.

Hmmmm, let’s see. Who among the top five Democratic presidential contenders is progressive but practical minded in a moderate sort of way, and is less than beholden to the concept of wokester beheadings and witch-dunkings, and has even conveyed an understanding of where conservative, Christian-minded voters are coming from?

“Joker, Irishman, Pain and Glory, Painted Bird all feel like top-tier titles that will be around a long time.

“Jojo Rabbit, Hustlers, Beautiful Day, Parasite, Farewell, Richard Jewell, The Souvenir, Uncut Gems, Marriage story, Dolomite, Honey Boy, 1917, Harriet, Official Secrets: all either very good or at least did what they set out to do.

“Didn’t work for me: Ford v Ferrari, Just Mercy, Little Women, Once Upon A Time, Two Popes, Bombshell, Judy, Knives Out, Rocketman, Late Night, The Report, Waves. Mostly because of dumb scripts or bad directors or both.

“When do you remember me liking 19 titles in one year???”

Incident on Geary Blvd. eastbound bus (12.26): Tatyana and I got on at Geary and Fillmore. The fare was $3 but we only had a fiver. I put the five into the machine, and at the same moment an eccentric man of color (skull cap, layers of clothing, two well-behaved yappy dogs in a stroller) told the bus driver he should let us slide rather than make us pay $5 for two. The driver, a 20something Asian dude, took umbrage and suggested that dog man should zip it. Dog man got angry right back and before you knew it they were off to the races…”big mouth,” “I have a police radio, man…I’ll kick your ass off,” “be quiet…shut your piehole,” “Don’t eat chips…not healthy for you,” “I’m a black animal…how ’bout that?” and so on. Great stuff. 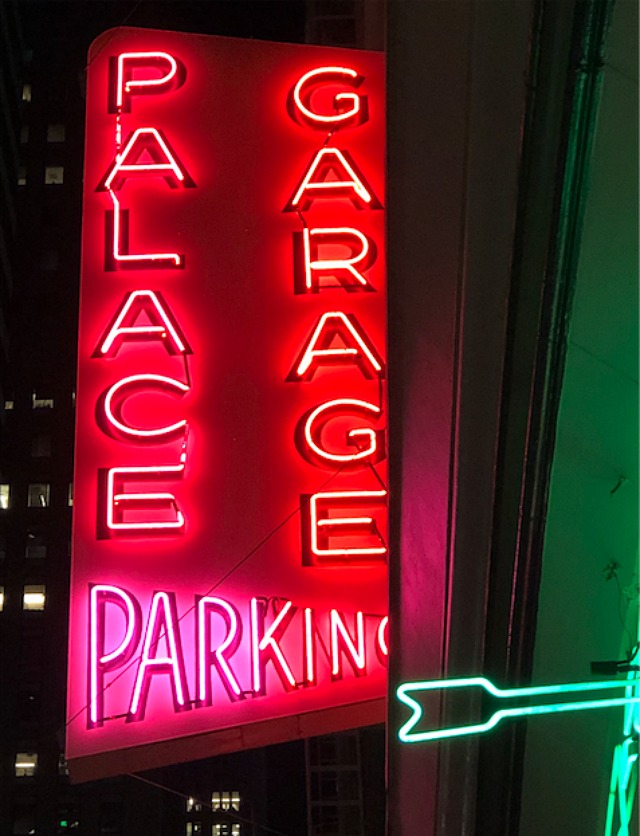 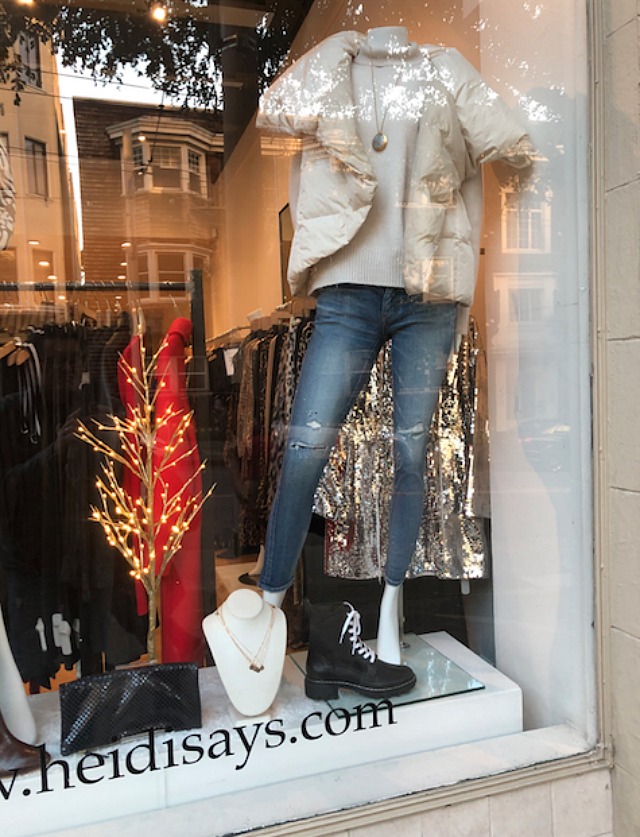 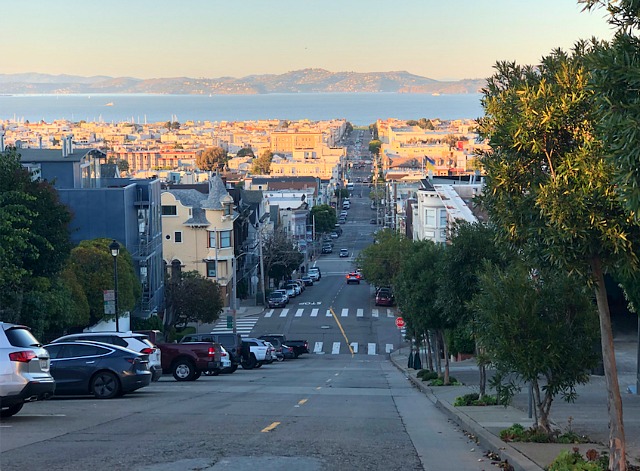 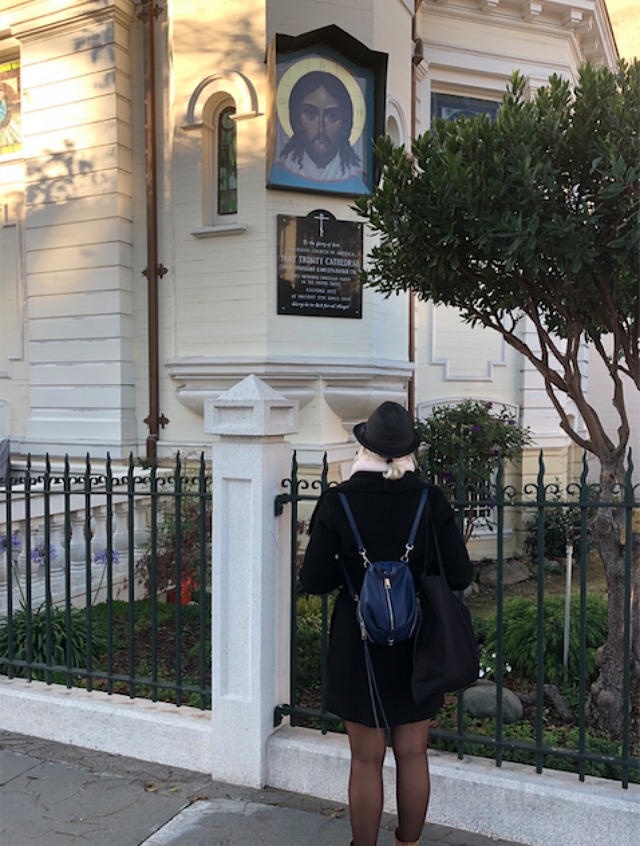 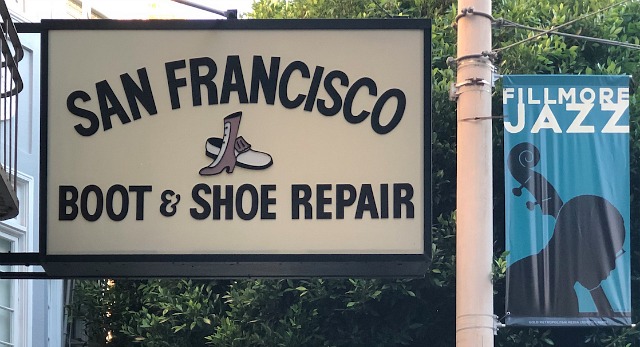 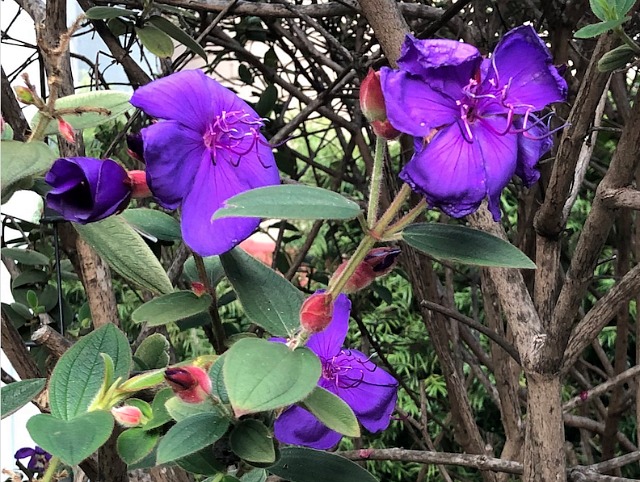