9 Comments
“…To Be Cheap Once In A While”

Wiki excerpt: Vincente Minnelli and John Houseman‘s The Bad and the Beautiful (’52) “was shot as Tribute to a Bad Man, but the studio (Dore Schary‘s MGM) began to worry it would be mistaken for a western.

“The title was changed to The Bad and the Beautiful at the suggestion of MGM’s head of publicity Howard Dietz, who took it from F. Scott Fitzgerald.

“Houseman called it a ‘dreadful title…a loathsome, cheap, vulgar title.’ But when the film became successful “it seemed like one of the greatest titles anyone had ever thought of,” he admitted. “It’s certainly been imitated enough: anytime anybody’s hard up for a title, they just take two adjectives and string them together with an ‘and’ in between.” 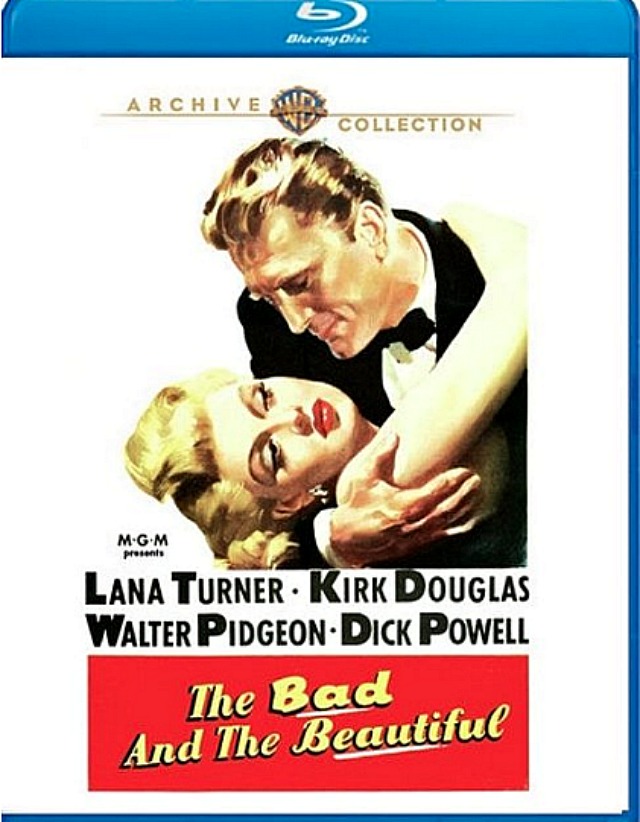 More wiki: “At the time of the film’s release, stories about its basis caused David O. Selznick — whose real life paralleled in some respects that of the ‘father-obsessed independent producer’ Jonathan Shields — to have his lawyer view the film and determine whether it contained any libelous material.

“Shields is thought to be a blend of Selznick, Orson Welles and Val Lewton. Schary said Shields was a combination of “David O. Selznick and as yet unknown David Merrick.”

“Lewton’s Cat People is clearly the inspiration behind the early Shields-Amiel film Doom of the Cat Men.

“[Lana Turner‘s] Georgia Lorrison character is the daughter of a ‘great profile’ actor like John Barrymore (Diana Barrymore’s career was in fact launched the same year as her father’s death), but it can also be argued that Lorrison includes elements of Minnelli’s ex-wife Judy Garland.

“Gilbert Roland‘s Gaucho may almost be seen as self-parody, as he had recently starred in a series of Cisco Kid pictures. The character’s name, Ribera, would also seem to give a nod also to famed Hollywood seducer Porfirio Rubirosa.

Jon Stewart‘s Irresistable (Focus Features, 5.29) is about a small-town mayoral election that is ramped up and complicated by big-city tactics and pricey consultants.

Right away I was reminded of Daniel Petrie‘s Welcome to Mooseport (’04), a political satire that costarred Ray Romano and (in his last screen role) Gene Hackman.

In Stewart’s film a hotshot campaign strategist (Steve Carell) decides to assist a retired ex-Marine colonel/farmer (Chris Cooper) in a run for mayor. Things turn brutal and scrappy with the emergence of a carniverous Republican rival (Rose Byrne). 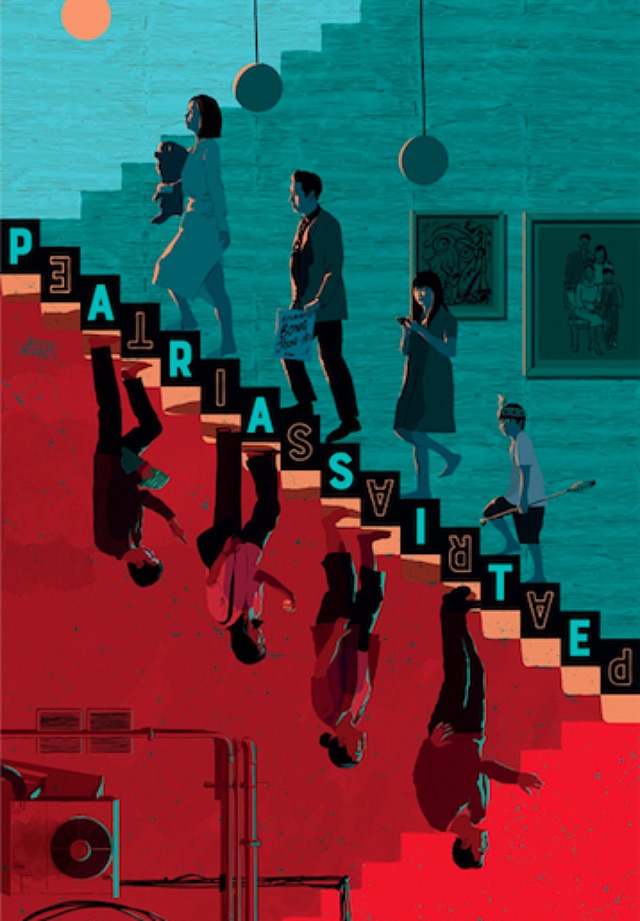 As I listen to this and that Southern Republican Senator or Congressperson talk about the impeachment trial on CNN, I’m reminded of their tendency to speak with flamboyant hick accents (think Andy Griffith in No Time For Sergeants) as a way of emphasizing their front-porch, common-man attitudes. Because a pronounced down-home accent will resonate with conservative, low-income voters.

I’m listening to these actors and muttering “you contemptible phonies…nobody talks like this except for shotgun-toting, overall-wearing Homer & Jethro types living in the rural-est regions of Alabama, Mississippi, Louisiana and Arkansas.”

“Disappearing Ink,” posted on 10.31.11: “Way back when people from Georgia used to speak with delicate Georgian accents. I remember hearing them at gas stations and diners when I drove through Georgia on my way to Florida. Vivien Leigh‘s Scarlett O’Hara spoke like a Georgian. Jimmy Carter still does, pronouncing ‘oil’ as ‘awwl’ and so on.

“But I heard no Georgian dialects during my three and a half days in Savannah. Okay, one or two but just about everyone sounded like they came from Connecticut or Maryland.

“Atlanta has always been an uptown burgh, but I’ve always thought of Savannah as some kind of genteel hamlet where you could hear elegant, well-bred Southerners talk like elegant, well-bred Southerners. Remember Kevin Spacey‘s mint-julep patois in Midnight in the Garden of Good and Evil? Nobody talked like that in my presence last weekend. I guess you have to hang with the hicks in rural Mississippi or Alabama or Louisiana to hear people talk with any kind of drawl.

“The South used to be an exotic place. A realm apart, different aromas and assumptions, definitely not the North. It was a fabled territory that created literate, cultivated folk like William Faulkner and Harper Lee and Erskine Caldwell and characters like Boo Radley and Valentine Xavier and Blanche Dubois.

HE aside: Did you know that if you don’t eat much (i.e., “not eating” but actually nibbling with discipline) you’re in the grip of an eating disorder? I didn’t know that. I fall off the cockatoo wagon all the time, but I get right back on it. Not eating much is freedom, power, liberation. At the same time, eating Hostess cupcakes at 12:30 am in a 7-11 is arguably just as thrilling as watching a new Taylor Swift doc.

“Private without being invasive, Miss Americana (Netflix, 1.31) follows Swift almost everywhere she goes. Wilson walks Swift backstage, waits for her in her armored black Suburban, and sits across from her on the superstar’s private jet. Fans will lose their minds over the studio footage of Swift fumbling through rough drafts of their favorite songs.

“But certain things are off limits: actor boyfriend Joe Alwyn never shows his face to the camera, despite Swift giving a long soliloquy about her soul-completing need to call someone at the end of the night. And her mother’s breast cancer — which Swift explicitly sings about in the heartbreaking ‘Soon You’ll Get Better’ — is only mentioned in passing.

“Sometimes those redacted areas leave too much blank space for Wilson to paper over, but at other times they help narrow the movie down to the raw (and all too relatable) story of a girl who’s on the brink of 30 and still trying to find a sustainable measure of serenity.

“At one point Swift asks the camera, ‘Do you really care if the internet doesn’t like you today if your mom is sick from chemo?’ And in lesser hands, that moment would have settled as a rhetorical question from a beautiful and ridiculously powerful multi-millionaire who’s learning to delineate between the things she can control and the things she can’t.

“In the broader context of Wilson’s film however, that question doesn’t seem rhetorical at all. The answer is yes. You do always care. Selling out Madison Square Garden doesn’t stop you from feeling alone. (HE aside: poor baby.) “Singing like you have nothing to lose doesn’t protect you from an eating disorder. The threat of losing your closest friend doesn’t inure you from the kindness of strangers.

“The power of Miss Americana is in watching someone who stands astride the world gradually realize that her art is the only thing that she can control. If she can only hear the boos, it doesn’t matter how loudly the rest of the world is clapping, and so she might as well do what makes her feel good.

Breathtaking Ehrlich: “Woke Swift, who rises like a phoenix from the ashes of the singer’s sexual assault trial, is an astonishing thing to see.”