89 Comments
Out and About

The L.A. Coronavirus Lockdown was called off today (Friday, 4.3) on account of beautiful blue-sky weather. Certainly among people in West Hollywood and Beverly Hills. Nearly everyone wore masks and gloves and strict distancing was being maintained, but there were an awful lot of cars on the roads and a whole lot of people were taking the air, riding bikes, sitting on park benches, etc. Everyone seemed to be more or less saying “goddammit, we’re sick of this crap…there’s nothing wrong with walking outdoors as long as you’re careful” and words to that effect. It was Tatayana’s first time outside in roughly three weeks. The Franklin Canyon hiking trail was closed, and that was fine. 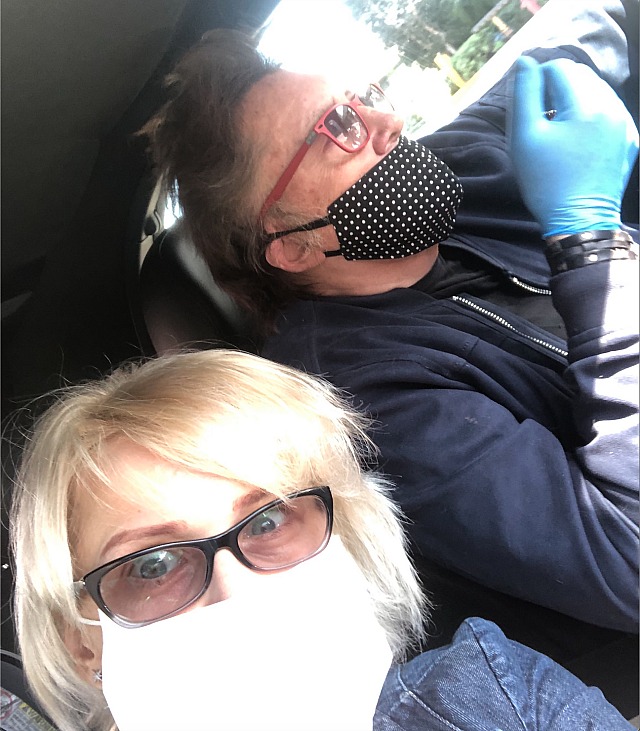 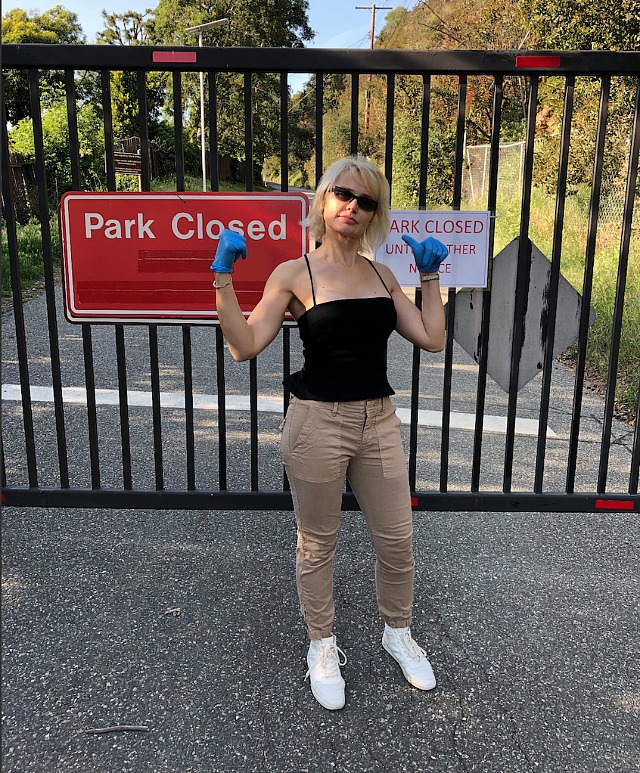 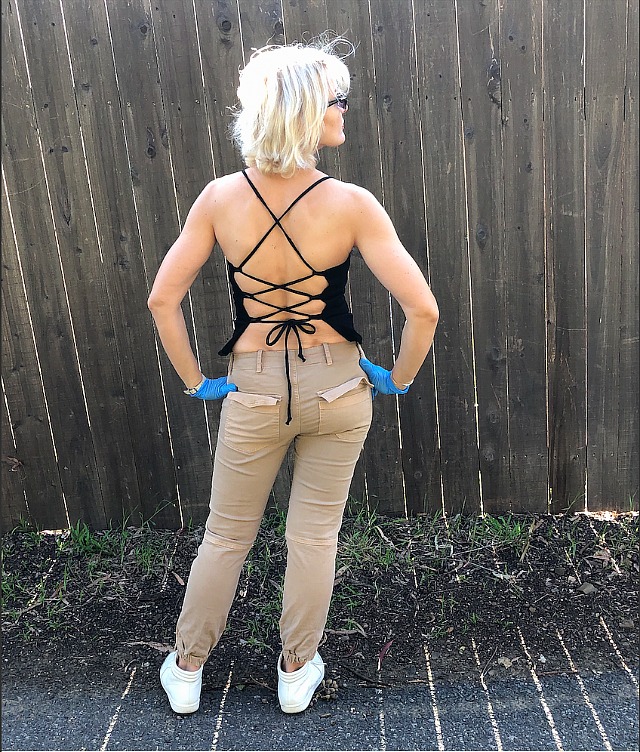 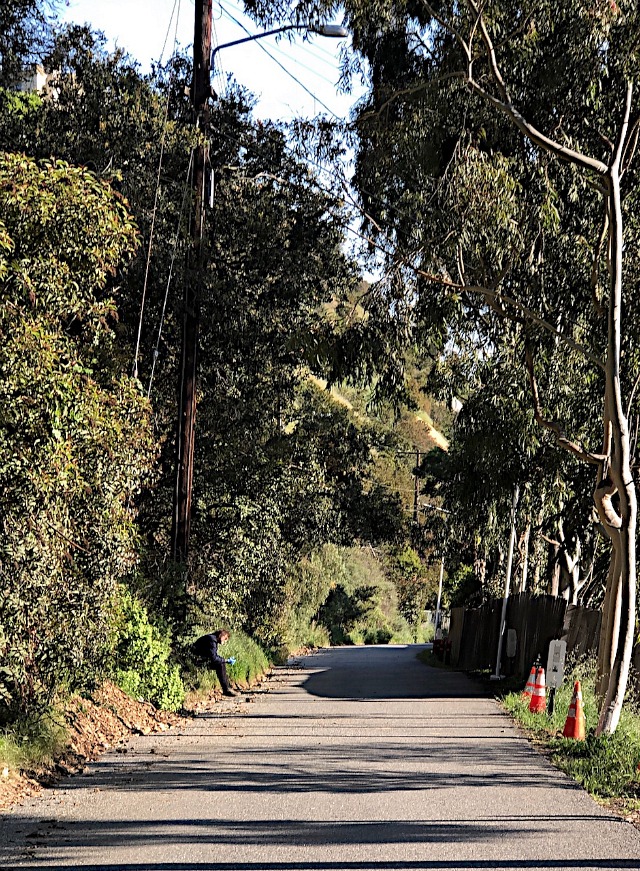 Somebody on Facebook has asked for votes on the five Best Supporting Actor nominees of 1964. I can settle this right fucking now.

The guy who should have won, hands down, was Lee Tracy for his performance as ex-president Art Hockstader (a character roughly based upon Harry Truman) in Franklin J. Schaffner and Gore Vidal‘s The Best Man.

The winner was Peter Ustinov for his amusing but lightweight performance as the bumbling Arthur Simpson in Jules Dassin‘s Topkapi. Ustinov’s Oscar was more about charm and likability than anything else.

The second most deserving was Edmond O’Brien‘s portrayal of an alcoholic southern Senator in John Frankenheimer‘s Seven Days in May.

John Gielgud‘s King Louis VII of France in Peter Glenville‘s Becket was more of a cameo than a supporting performance — a pleasing but minor thing.

Nominating Stanley Holloway‘s performance in My Fair Lady was (a) a joke and (b) an insult to the other four contenders.

I saw a tweet a day or two ago that mentioned the social distancing element in Michelangelo Antonioni‘s L’Eclisse (’62). I was strolling around the neighborhood last night — empty streets, silence, desolation — and realizing that we’re all living in an L’Eclisse-like world.

The gnawing sense of isolation that we’re all feeling is about prudence and caution, of course, whereas the atmosphere of existential stillness and solitude in L’Eclisse is a portrait of angst and alienation. The 1962 classic is the climax of Antonioni’s alienation trilogy, the first two films being L’Avventura and La Notte.

I watched my Criterion L’Eclisse Bluray last night, and was struck by how well it fits into our current realm. Shot mostly in Rome, some 58 or 59 years ago. Consider this excellent assessment of the film and the Bluray by The Dissolve‘s Scott Tobias.

DeNiro couldn’t wing it? He had to read the copy in front of him, and sound like he’s reading it?

One thing he could’ve said is that Dr. Strangelove isn’t a traditional “comedy” as much as a brainy suspense thriller that’s angled toward apocalyptic, ultra-dry satire and flavored with eccentric performances.

Oh, and “gentlemen, you can’t fight in here, this is the war room!” was never that great of a line.

A much better one: “I first became aware of flouridation, Mandrake, during the physical act of love. A profound sense of fatigue, a feeling of emptiness followed. Luckily I was able to interpret these feelings correctly. Loss of essence. I can assure you it has not recurred. Women sense my power, and they seek the life essence. I do not avoid women, Mandrake, but I do deny them my essence.”

Please notice the rustic woodwork in DeNiro’s office. Recorded inside a nice home in some rural area. Decor-wise it could’ve been shot inside DeNiro’s Greenwich hotel, which I’ve visited two or three times.

And what’s with the beard? Isn’t DeNiro currently portraying cattleman and convicted murderer William Hale in Martin Scorsese‘s 1920s-era Killers of the Flower Moon? (Pic may or may not be on hiatus due to the coronavirus lockdown but still.) Hale was clean shaven.

I read Patrica Bosworth‘s “Montgomery Clift: A Biography” just as I was settling into my first Manhattan apartment (a creaky, roach-infested hovel on Sullivan Street, just south of Houston) in ’78. It moved and impressed me, and I thereafter regarded Bosworth as one the most refined and perceptive biographers around. She was and always will be a very smooth writer, each and every sentence sculpted and finessed with the greatest care.

I also read and mostly admired her Marlon Brando biography (’00), although it felt a little bit skimpy. I never read her Diane Arbus and Jane Fonda bios. Bosworth was also a significant talking head in Robert Clift and Hillary Demmon‘s Making Montgomery Clift, a first-rate doc that I wrote about last October.

Bosworth has succumbed to the coronavirus. She was 86. I’m very sorry. 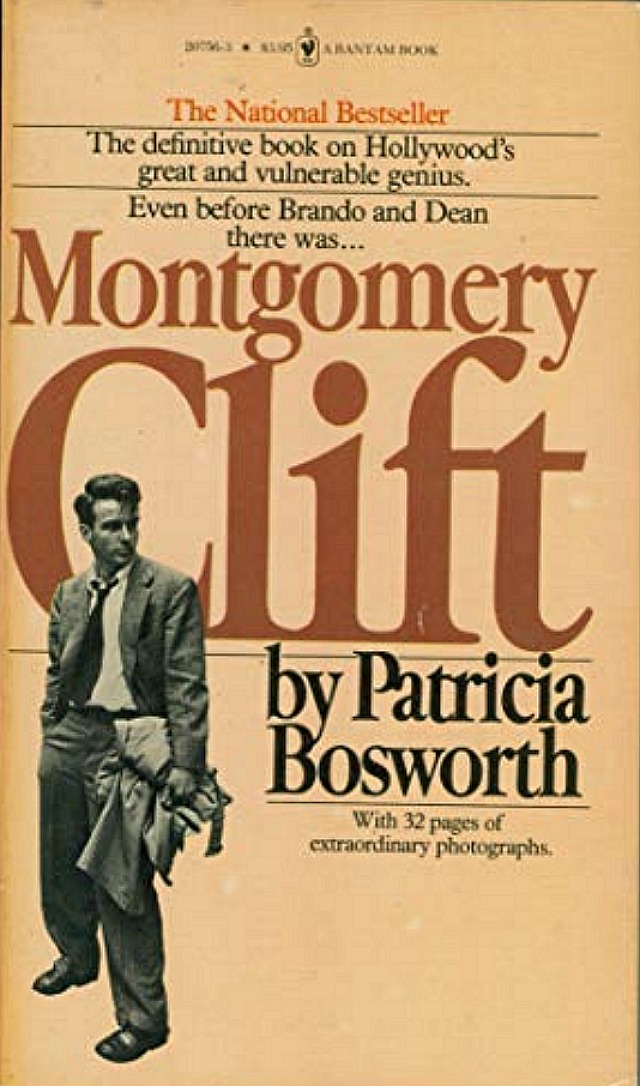 The bad guy in the Captain Brett Crozier termination episode is acting Navy Secretary Thomas Modly, who is naturally (what else?) a Trump appointee. Crozier was dismissed yesterday (Thursday, 4.2) “due to a loss of confidence in his ability to command and for not using his chain of command to make service leaders aware of his concerns about the coronavirus outbreak that had infected more than 100 sailors on the ship.” Translation: Crozier was canned for allowing a letter of concern to leak to the press. 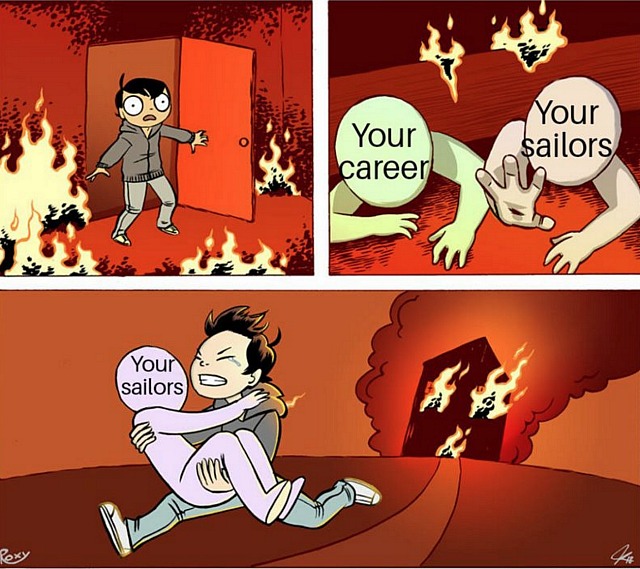