Joe Rogan and Jon Stewart talking easily to each other, and with each other. A lot of fundamental social justice stuff. But Rogan…how to say this?…doesn’t quite sound like his real self. He seems to be leaning in Stewart’s direction out of good manners, an instinct to accommodate, etc. Around the 21 minute mark he even sounds like a Bernie Sanders tax-and-spend social democrat. Is that who he is?

Alden Ehrenreich was riding high after his amusing performance as Hobie Doyle in Joel and Ethan Coen‘s Hail Caesar (’16). But his next three films delivered a triple-whammy effect, and the godz turned on him.

Ehrenreich’s amiable performance as Howard Hughes‘ chauffeur in Warren Beatty‘s Rules Don’t Apply (late ’16) did him no favors after the film bombed. He was wounded again when The Yellow Birds, in which Ehrenreich played the lead role, opened at Sundance ’17 and flatlined. Then came the final hammer blow with his underwhelming performance as young Han Solo in Solo: A Star Wars Story (’18), which opened roughly two years ago.

Ehrenreich dropped out of sight to lick his wounds and reassess the landscape. I was no fan of Solo or Yellow Birds, but I felt sorry for the guy.

Now AE is back as the lead in Brave New World (7.15, Peacock), a dystopian sci-fi drama (vague shades of THX-1138) based on the 1932 Aldous Huxley novel. Exec produced by David Wiener, co-written by Wiener, Grant Morrison and Brian Taylor. Gut reactions?

Aldous Huxley picked the wrong day to die from cancer — 11.22.63. He was tripping his brains out on LSD when he passed into eternity.

From “The Week It Went South For Trump,” a 6.25 Peggy Noonan essay in the Wall Street Journal:

James Carville: “It’s evident to everybody what’s going to happen…”

I don’t know how these Wells and Antropova photos fit together. Maybe they don’t. But Tatiana’s photo at age 18 (actually a photo of a mangled photo) was snapped two or three years after the Wells family shot [i.e., bottom of the jump]. Or so I’m telling myself. 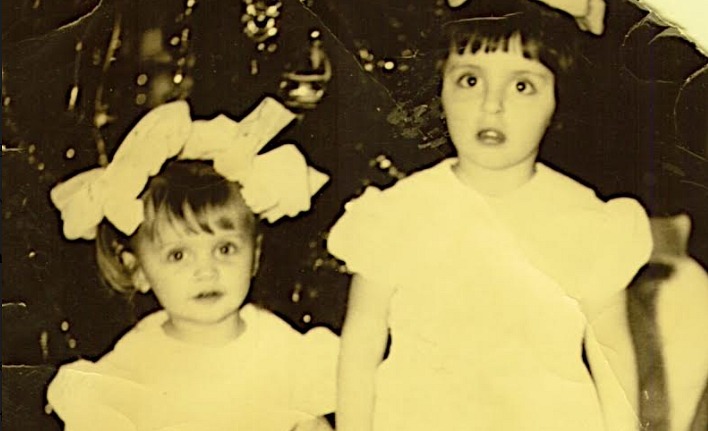 Tatiana and Svetlana Martsinyuk, sometime in ’76 or thereabouts, residing in the Moldavian Soviet Socialist Republic. 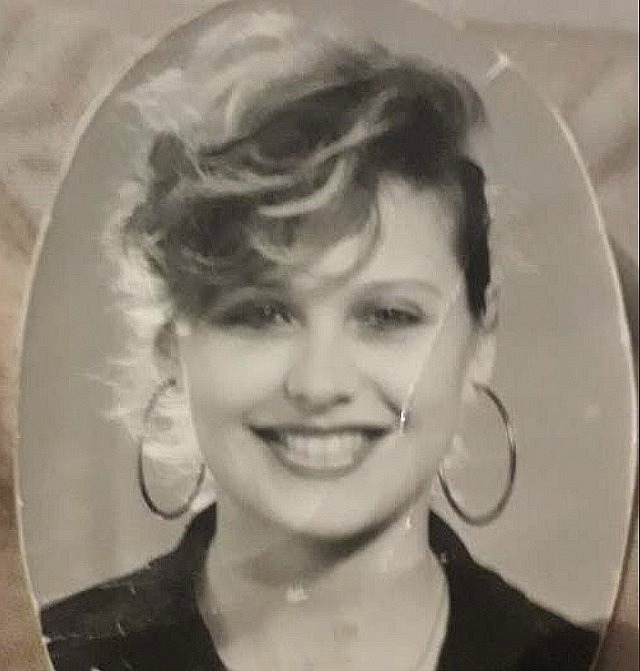 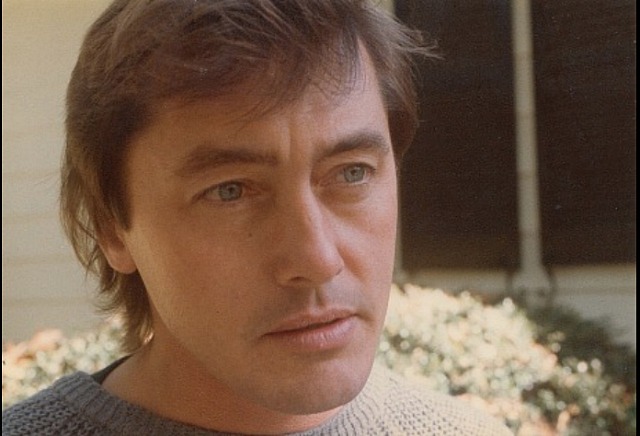 Originally posted behind HE Plus firewall on 11.21.18: Sometime in ’75 or ’76 a dispute about character and responsibility arose between myself and cartoonist-musician Chance Browne. It stemmed from an accident that happened on a wooded hilly area near the Wilton reservoir. Here’s an account that I believe to be honest and reasonably thorough:

Chance, myself and a likable, somewhat eccentric fellow named Mike Connors (currently living in Madison, Wisconsin) were hiking around the reservoir for some reason. Early fall, pleasant weather. Our nature-tripping motive may have had something to do with Chance having recently bought (or been gifted with) an expensive pair of big binoculars, or nothing to do with this — I can’t recall. But he definitely had them looped around his neck.

I distinctly recall singing Jimmy Cliff‘s “The Harder They Fall” as we strolled around, and Connors joining me at one point. A nice settled vibe.

We eventually rested on a fairly steep hillside. Surrounded by pine trees, pine needles covering the ground. Chance was lying directly in front of me, and Connors was off to my right, occupying roughly the same lattitude. Chance appeared to be napping, but I knew he was just resting his eyes.

The binoculars were resting on Chance’s chest, but the strap wasn’t around his neck. Being the perverse type, I saw an opportunity. I grabbed a longish stick (a sturdy, not overly brittle portion of a tree branch) and leaned over and very carefully hooked the binocular strap with the stick and slowly lifted the binoculars off Chance’s chest.

Connors was watching with amusement. Chance had opened his eyes and was definitely aware of this — he was intrigued with how I’d managed to hook the strap extra gently and just so, and was now about to take possession.

Snap! The stick broke and the binoculars tumbled off Chance’s person and rolled down the hill, which was angled at a good 45 degrees. They rolled and dropped out of sight so quickly we barely had time to react. “There goes $200 fucking dollars!” Chance cried out. We all got up just in time to see his prized possession crashing into a ticket of vines and leaves and fallen branches below, and for all we knew further down the hill and into the water.

Chance angrily told me to retrieve the binocs. For some reason Connors joined me. Chance was yelling at both of us. I naturally felt guilty but not entirely since Chance had gone along with my looping the binocular strap, etc. Connors and I ass-crawled down the hill (it was too steep to stand up) and searched high and low. Alas, to no avail. We looked and looked and looked, but the abyss had swallowed the binocs whole.

Chance told me a while later that he could tell Connors and I were laughing as we scrambled down the hill. I was sorry but I couldn’t help it. Chance had told us how expensive they were so how could we not? Naturally I was doing everything I could to suppress my mirth, not wanting to anger Chance further. I certainly made no sound.

“How could you tell we were laughing?”, I asked. “I could see your shoulder blades moving,” he said.

The next day Chance insisted that I replace the binoculars. I said I felt guilty but that it was half his fault because he didn’t stop me. I added that it wasn’t my intention to send the binocs down the hillside, and that the stick, which again was not dry and brittle but greenish, had snapped of its own accord.

My basic response was that the incident was “an act of God.” I told Chance I was willing to go halfsies ($100) but I didn’t feel wholly responsible. We argued about it but I held my ground, and eventually he dropped it.

One of the most interesting insights into John F. Kennedy‘s insatiable sexual appetite was conveyed by historian Margaret Coit, whom JFK once tried to seduce in the spring of ’53. Coit’s account appeared in Thomas Maier‘s “When Lions Roar: The Churchills and the Kennedys,” and was excerpted in an 11.2.14 Salon piece:

“After meeting in his office, Coit and Kennedy walked through the empty corridors of the Senate Office Building and got into Jack’s open convertible with its faded blue paint and fair share of dents. They drove wildly through the Washington streets until they reached the rooming house where Coit was staying. She invited him in, thinking he might want to rest for a moment.

“Inside, Jack collapsed on the living room sofa, and then tried to drag Coit down beside him. ‘Don’t be so grabby,’ she said, moving away. ‘This is only our first date. We have plenty of time.’

“Kennedy lifted his head and, for a moment, stared at her with his penetrating gray eyes. ‘But I can’t wait,’ Kennedy insisted. “You see, I haven’t any time.’”

A note that Coit later wrote to Kennedy said the following: “I believe you do have the drive to be President — and the dignity, on occasion — and the brains, and these will provide the mømentum. But who knows where the wild horse will run? There is more in luck and fate than we think, and we can do no more than turn it loose.”

JFK’s attitude was explored and elaborated upon in Thurston Clarke‘s “JFK’s Last Hundred Days: The Transformation of a Man and the Emergence of a Great President.” Four passages [the final three are after the jump] are about as good as it gets in this realm: 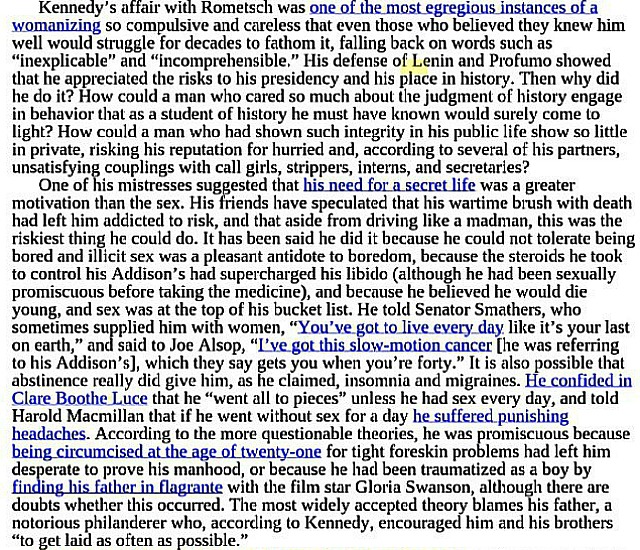 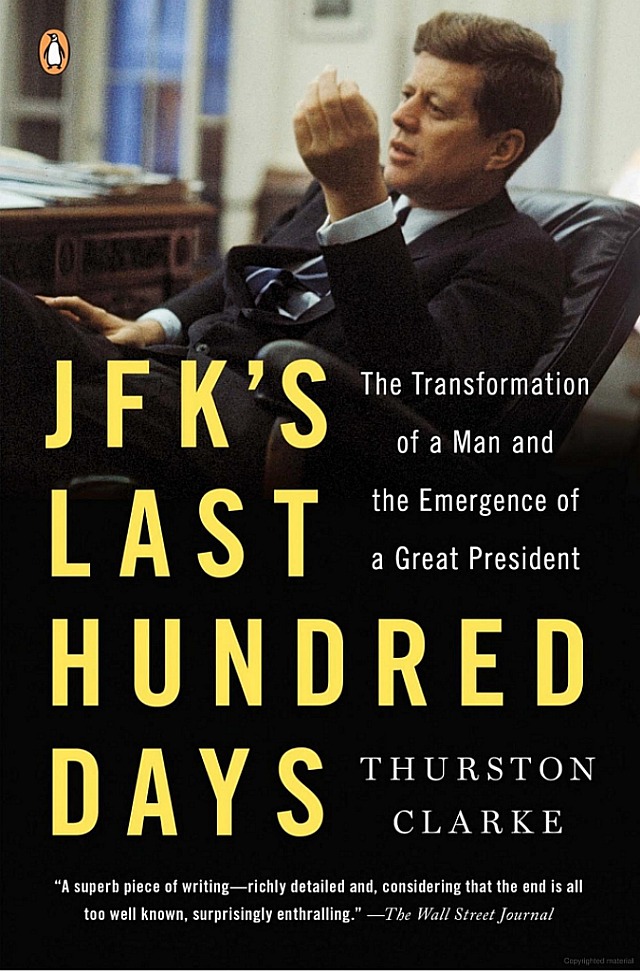 In a Vulture interview with Rachel Handler, actress Alia Skawkat, known for her heavily freckled face, bee-stung nose and short curly hair, has welcomely dismissed speculation that she and Brad Pitt, whom she’s been randomly photographed with for several months, are doing the hunka-chunka. They are, she says, nothing more than pally-wallies.

Handler #1: “The publicity resulting from the Pitt photos was annoying for Shawkat, [although] the whole thing was ultimately positive from an image perspective, the sort of publicity many a celebrity has quite literally paid for. But the second round of public attention — a video of her with heavy stakes — was painful, especially for a queer woman of color (Shawkat is half-Iraqi).”

Handler #2: “The stories that [pushed] the dating narrative seemed perplexed by the whole thing — the word quirky was used more than once to describe Shawkat. ‘To them it’s like, ‘We don’t get it! This girl is weird! She’s so different! Why are they hanging out?’, [Shawkat] says about the tabloids, laughing. ‘You get too close to the prom king, and all of a sudden, everyone’s like, ‘Well, who is this bitch?’” 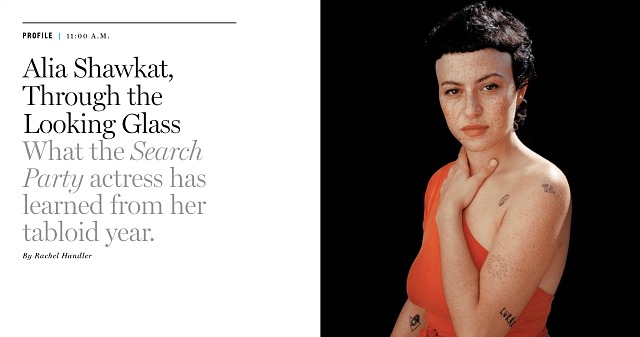 Here’s that explanatory prelude to Gone With The Wind if you watch it on HBO Max. The speaker is TCM host and film scholar Jacqueline Stewart, a University of Chicago professor of cinema studies and director of the nonprofit arts organization, Black Cinema House.

Stewart covers all the appropriate and relevant bases except one — the fact that WASP film sophistos have long understood that portions of Gone with the Wind are rife with antiquated racist sentiments, and have therefore ignored this or, if you will, put these aspects into a box and closed the lid shut and stored it in the attic.

Passage that would have made Stewart’s explanation sound even wiser: “X-factor film buffs have been way ahead of the ‘Gone With The Wind is racist’ conversation for decades. For they primarily regard this 1939 epic not as a portrait of the Old South or Antebellum slavery or even a Civil War drama, but as a parable about the deprivations of the Great Depression.

“This cinematic fraternity has long argued out that Margaret Mitchell’s 1937 novel is fundamentally about how life separates the survivors from the victims when the chips are down, and about the necessity of scrappy, hand-to-mouth survival under the cruelest and most miserable of conditions…it basically says ‘only the strongest and the most determined survive.'”