No sadness in the passing of the great Carl Reiner at age 98 — only cheers, gratitude and celebration. I worshipped the fact that he was on Twitter and a lucid Trump hater right to the end. Reiner once told Larry King that he didn’t post his tweets from a smart phone but from a desktop — whatever works.

A couple of days ago I happened to re-watch Reiner’s All Of Me (’84) and decided it was both his and Steve Martin‘s finest flick ever. Not to mention Lily Tomlin and Richard Libertini‘s.

My second favorite Reiner film is (and has been for a long time) Where’s Poppa? (’70), followed by the interesting if somewhat preachy Oh God! (’77) and finally The Jerk (’79), which also starred Martin.

On The Dick Van Dyke Show, which Reiner created, produced, cowrote and costarred in as the Sid Caesar-like Alan Brady, he was the original tempestuous, egotistical, insecure tyrant. (On a sitcom, I mean.) And he was a great straight man to Mel Brooks in their “2000 Year Old Man” routines, and I loved his angry impatient guy schtick in It’s a Mad, Mad, Mad, Mad World (’63) and The Russians Are Coming, the Russians Are Coming (’66).

Reiner Wiki: “Of all the films I’ve directed, only Where’s Poppa? is universally acknowledged as a cult classic. A cult classic, as you may know, is a film that was seen by a small minority of the world’s filmgoers, who insist it is one of the greatest, most daring, and innovative moving pictures ever made. Whenever two or more cult members meet, they will quote dialogue from the classic and agree that ‘the film was ahead of its time.’ To be designated a genuine cult classic, it is of primary importance that the film fail to earn back the cost of making, marketing, and distributing it. Where’s Poppa? was made in 1969 for a little over $1 million. According to the last distribution statements I saw, it will not break even until it earns another $650,000.”

Reiner was a Jewish atheist, which he came to largely from the influence of the Third Reich. Quote #1: “I became an atheist after Hitler. I said, what is this? If there was a God, would he not be hearing 18 million people, 16 million Jews, or 20 million other people, saying, ‘Please God, don’t do this, make him stop?’ God was so busy doing what? Striping zebras or fixing the long necks of giraffes?” Quote #2: “I have a very different take on who God is. Man invented God because he needed him. God is us.” 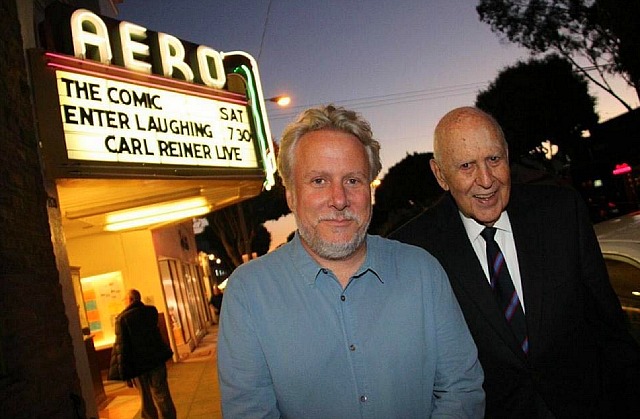 Director-screenwriter Larry Karaszewski, Carl Reiner in front of the Aero on 9.20.14. 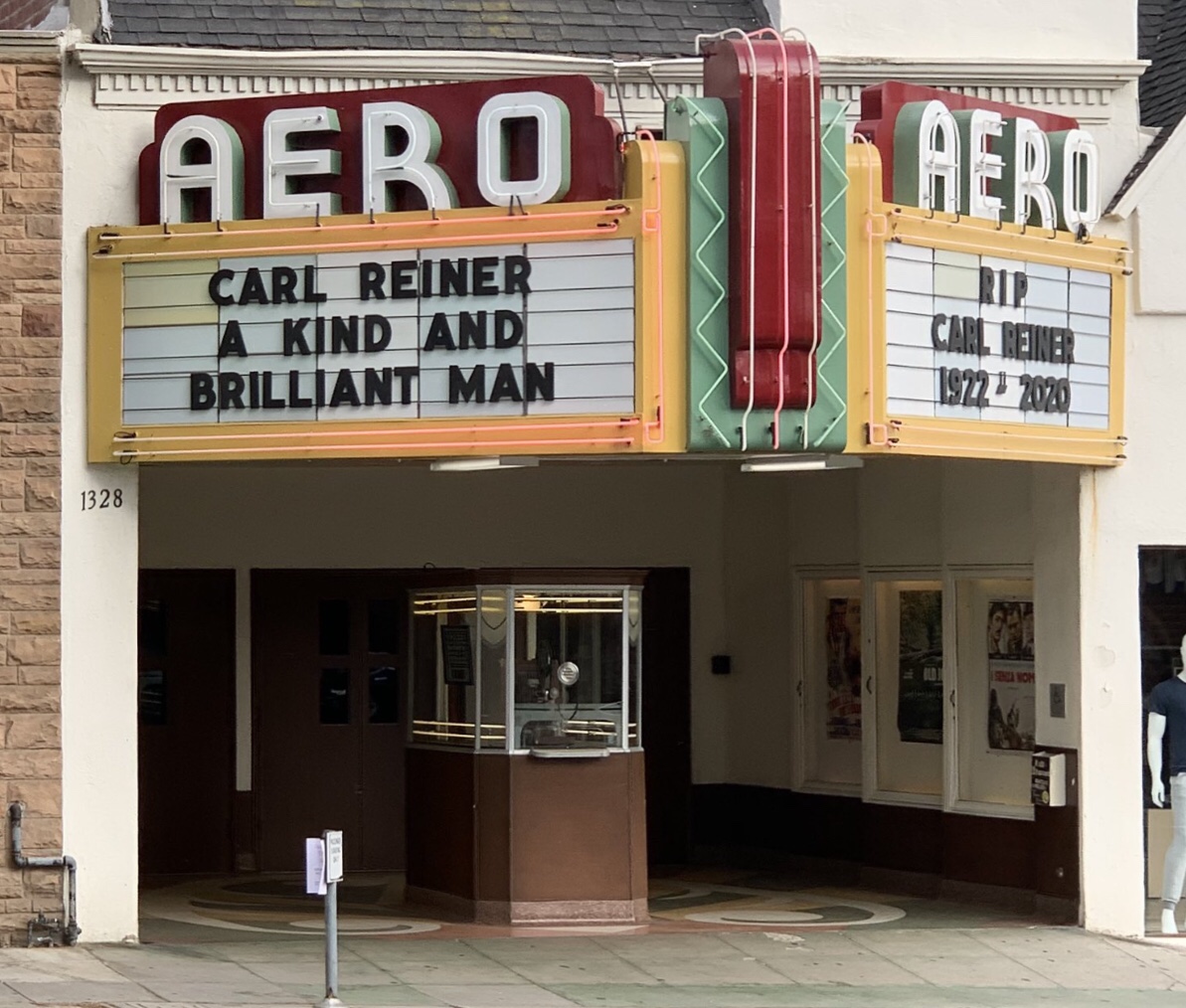 June 30, 2020by Jeffrey Wells31 Comments
« Previous post
Mueller Blew It (What Else Is New?)
Next post »
More Exhausting Than “Funny”