The great Ian McKellen was at the cocktail gathering prior to last night’s showing of the Dreamgirls footage (and again — the more I think about it, the more kick-assy it seems…director Bill Condon has never directed a big-league musical before, only dramas…but the footage told me he has a great instinctual knack for making this sort of material fly…the photography, cutting, singing and performances were all knockout-plus). 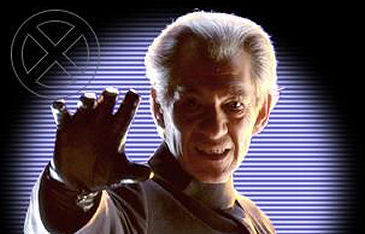 Anyway, I asked McKellen about the rumored Magneto movie, and he said that vague rumors about this project were all he’s been hearing himself. He understands, however, that if it happens it will be about a young Magneto — an origin story — but also that CG technology has evolved to a point to where older actors such as himself can be digitally youthified (i.e., time-reversed back to their physical prime) and that this would allow him to play Magneto-the-younger himself. “Do you realize what this means?” he said in his usual sly and whimsical tone. “Vertan actors will no longer grow old, or even older…no more need for younger replacements.”