By my own selective definition of the term, Owen Wilson is a bona fide movie star. He’s an entertaining, obviously talented actor who delivers the same personality and attitude — in film after film he plays the exact same spiritual-flotation-device spacehead — and he’s always good at it, and I’ve never tired of it and I doubt if anyone else has either.
Wilson tends to play irresponsible immature flakes, and there’s a built-in limit in playing such characters, but there is no other actor on the Hollywood landscape whose dialogue (large portions of which Wilson always seems to write or improvise himself) is focused so earnestly and consistently on matters of attitude and heart. Pretentious as it may sound, Wilson is an actor with a consistently alive and pulsing inner-ness. Is there any other actor who even flirts with this realm? 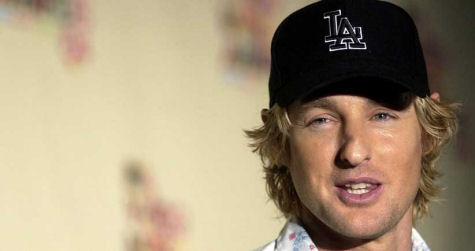 You, Me and Dupree star, producer and co-writer Owen Wilson

Stars become stars because people enjoy the fact that they do the same thing and do it well, time and again. (As Gary Cooper, Clark Gable and Cary Grant did.) Owen isn’t just Mr. Space Case, but one who really has “the spirit” — his charac- ters always seem genuinely imbued and imaginative and familiar with college philosophy basics, and there is no one else on the planet who does this sort of thing with Wilson’s particularity.
Wilson has been writing his own dialogue since forever (even in early films like Armageddon), and he doesn’t inhabit characters as much as manipulate and re-shape them in order to preach the Gospel of Owen. Wilson is nothing if not a charismatic preacher — he’s Elmer Gantry — as a clip from You, Me and Dupree called “The Mothership” proves.
< ?php include ('/home/hollyw9/public_html/wired'); ?>
This scene, by the way, is the highpoint of You, Me and Dupree — the rest of it is somewhere between sloppy and ghastly with an aura of emptiness that has to be felt to be believed. Wilson is a producer as well as costar and cowriter, and this movie is such a total comedown from The Wedding Crashers that I don’t want to think about it.
Wilson isn’t a star in the conventional sense, which is to say he’s not a romantic lead (he never lets you “in” — he’s not about manly or even childlike emotions as much as visions) and he doesn’t put arses in seats. His biggest commercial scores have always been in movies in which he plays the flaky buddy/partner of Jackie Chan or Ben Stiller or Vince Vaughn. 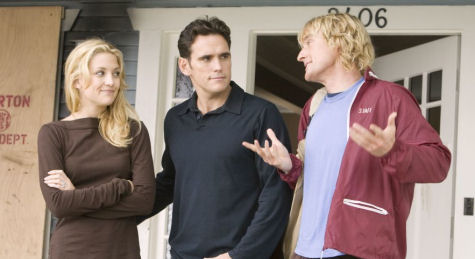 I think it’s fair to say that Wilson’s solo turns in Behind Enemy Lines, The Big Bounce and Minus Man stopped short of seizing audiences with their primal magnetism.
The difference between Wilson and other actors who’ve become popular and rich playing best buddies is that each and every time Wilson is delivering a fine job of self-portraiture. He really and truly is Dignan in Bottle Rocket, only older, skinnier and richer with longer, expertly-cut hair.
Creatively the sky’s the limit with Owen these days, but he can’t keep playing Dupree-types for too much longer. He’ll be 40 in two and half years, and then he’ll be 45 two years after that, and the following year he’ll be 50.
In real life, brilliant funny guys are never days at the beach. It’s not in the cards. There are always demons and dark currents running within, and sometimes these manifest in behavioral tendencies that don’t merit Good Housekeeping Seals of Approval. 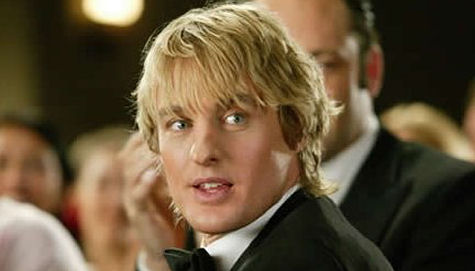 Owen is no different than Keith Moon or John Barrymore or Lenny Bruce in this regard, and it’s not a big deal. Mark Lisanti will tell you that all kinds of stories have circulated about Owen for years (and I don’t just mean the kind that support the legend of “the Butterscotch Stallion” or even that of “Owin'” Wilson — a nickname Owen picked up in the late ’90s after becoming a regular in an industry poker game) and I say “whatever” to that.
And you don’t get to be a big-time actor in this town unless you have the ability to be coldly aggressive and calculating. Naah…drop it.
I’m saying all this (and believe me, I know whereof I speak) because you will have to search far and wide for a profile of Owen Wilson that skirts the good stuff with more chickenhearted skill than the one that Rachel Abramowitz has written about Wilson in today’s L.A. Times.
I’m not quibbling with what she includes — the piece is well-written with good quotes and occasional insights. But her reluctance to deal with the meatier (colorful, curious, flamboyant) aspects of Wilson’s life is fairly staggering. 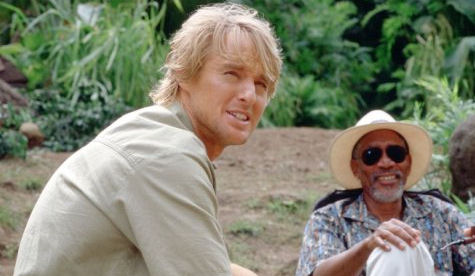 I’ve read Abramowitz’s piece twice, and there’s not a single line that half-seriously addresses the observations I tried to get across in the first four or five graphs of this article. And not dealing with the spiritual-philosophical current in Wilson’s work is like writing about Lou Gehrig without mentioning the fact that he played for 14 years without missing a single game.
Her piece is yet another example of the studied-Valentine style of celebrity profiles that you always get in the L.A. Times — the kind that exude smarts and flirtatious- ness and a semblance of insider authority, but which basically blows smoke up the reader’s ass.
I liked one paragraph — the one about Bottle Rocket producer Polly Platt going into a church during the tumultuous editing of that film in ’95. “I looked over to my left and Owen was in the same church praying,” Platt tells Abramowitz. “That’s the only indication I had that he was suffering.”