Having finally seen Fabian Bielinsky’s The Aura Saturday night, I understand why IFC Films picked it up and will open it in early September. Quiet, low-key and haunting in the manner of a half-awake dream, it’s a very unusual hybrid by the standards of American films — a heist film mixed with a psychological spooker.
Bielsinky’s screenplay was obviously influenced on some level by Michelangelo Antonioni’s The Passenger, which is about a journalist (Jack Nicholson) who abandons his life and identity in order to “become” a recently-deceased arms dealer whom he closely resembles. 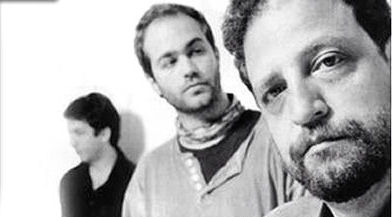 The late Fabian Bielinsky (r.), director of The Aura, in a 2000 publicity shot taken to promote Nine Queens

The Aura is about a Buenos Aires taxidermist named Espinoza (Ricardo Darin, star of Bielinsky’s Nine Queens) with an active fantasy life (he dreams of pulling off the perfect bank job) who accidentally kills a complete stranger named Dietrich during a hunting trip in the Patagonian forest.
Instead of simply reporting the shooting to the authorities, Espinoza decides to poke into Dietrich’s life and learns fairly quickly he was involved in a scheme to rob an armored truck — a job due to happen in two or three days’ time. A bit curiously, Espinoza slowly begins to introduce himself to Dietrich’s friends and co-conspira- tors as a confidante whom Dietrich has asked to take his place.
< ?php include ('/home/hollyw9/public_html/wired'); ?>
Suddenly immersed in a world of complex deceptions and lurking hair- trigger violence, Espinoza’s willingness to play this very strange game puts him in big danger, and it gets a little bit creepier with each lie he tells or is forced to cover up. On top of which Espinoza has periodic epileptic fits that send him into blackouts at the worst possible times.
The Aura is superbly acted, shot and scored — a big leap for Bielinski beyond the rote minimalism of his last hit, Nine Queens, which came out six years ago. The quietly creepy music is by Lucio Godoy, the superb color-desaturated photogra- phy is by Checco Varese, and it’s all been cut together in first-rate fashion by Alejandro Carrillo Penovi and Fernando Pardo. 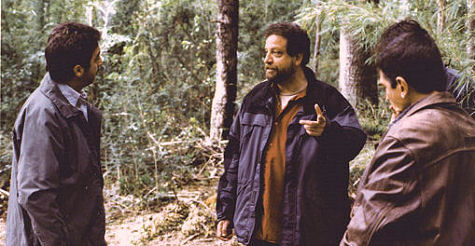 Nothing was going to keep me from seeing The Aura at its final L.A. Film Festival showing. I’d been keen to see it all along, but Bielinsky’s death last Thursday in Sao Paolo upset me and made me resolve to go no matter what, if for nothing else than as a tribute to a director I respected and a guy I didn’t know very well at all, but who was always friendly and gracious to me when we communicated.
Before the film began an actress named Hebe Tabachnik, who is serving as the L.A. Film Festival’s Shorts Programmer and Latin American programming consultant, told the audience about Bielinsky’s sudden death.
Trying for a dignified tone while fighting back tears, Tabachnik described Bielin- sky’s career as an assistant director on several films in the late ’80s and ’90s before getting his big break in getting the chance to direct Nine Queens.
I asked Tabachnik after the screening if she knew what had happened to cause his death. 47 year-old men generally don’t just keel over and die without warning. She said she had no information, although it can probably be said that Bielinsky either had a heart condition that he genetically inherited, or he simply didn’t know his body or chose to ignore the warning signs or whatever. 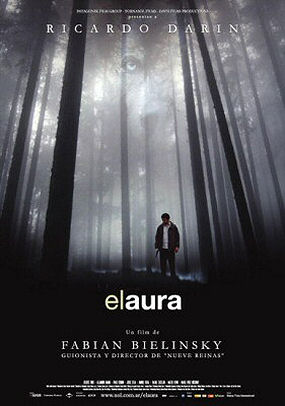 Bielinsky’s Variety obituary said he “reportedly had had hypertension for some time.”
He was in Sao Paolo casting for an advertising project when a heart attack killed him.
The Aura received six Condors de Plata on Monday, 6.26, at the 54th Argentine Association of Film Journalists Awards ceremony in Buenos Aires. The thriller won for best film, director, original screenplay, sound, cinematography and lead actor (Darin).