Reviews of You, Me and Dupree (Universal, 7.14) are starting to show up so here goes my own. As an exercise in eccentricity I thought I’d run my thoughts raw, as I first expressed them in an e-mail a few days ago.
But first the basics: Carl Peterson (Matt Dillon) is an affable guy with a new wife, Molly (Kate Hudson), and a new job working for her tyrannical egotistical land- developer dad (Michael Douglas…obvious echoes of De Niro’s psycho-pop in Meet the Parents). Enter Carl’s best friend Randy Dupree (Wilson), an amiable slacker who can’t hold a job and has lost his apartment, so Carl takes pity and invites him to stay in his and Molly’s home…for a short while. 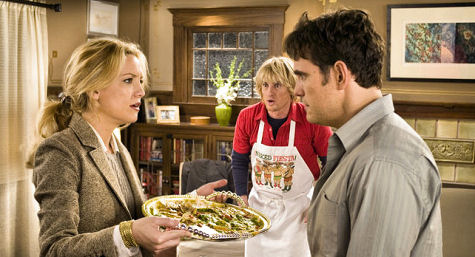 Kate Hudson, Owen Wilson and Matt Dillon in Joe and Anthony Russo’s You, Me and Dupree

“Oh my God…oh my God,” my letter began.
“You must know that You, Me and Dupree is easily one of the worst films of the year. Slapdash, undisciplined, uninispired and sans compass or clues. It’s Boudou Saved From Drowning and The Man Who Came to Dinner subjected to devolution, the TV backgrounds of co-directors Joe and Anthony Russo, and the enthralling comic vision of producers Scott Stuber and Mary Parent.
< ?php include ('/home/hollyw9/public_html/wired'); ?>
“I don’t want to sound harsh or intemperate, but if I was running Universal I wouldn’t hire the Russo brothers to be gate guards.
“There is one scene that works, in which Owen gives a rousing speech about different lifestyles and modes of growth to a classroom of eight year olds. It’s been dubbed ‘the Mothership’ scene on this Yahoo page. 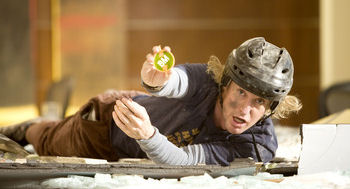 “I’ll always love Owen Wilson and Dillon is actually pretty good, and Michael Douglas has obviously had some great work done and has dieted a lot of pounds off and has a great wardrobe guy to boot.
“Hudson is okay but she’s not exactly a comedian — she’s more of an aura lady — but over the last six years she’s hasn’t landed anything nearly as good as the role she played in Almost Famous, and she’s gotten weaker and less connected as the years have rolled by.
“Thank God for Owen. He plays the same spirited spiritual-flotation-device spacehead in every film he’s in, and he’s always great at it, and that’s what makes him a bona fide star. Even though he doesn’t really ‘open’ anything.
“But woebetide this movie. I leaned over and said to [name of a guy] sitting next to me about 35 minutes into it, ‘This isn’t very funny.’ And then it got worse and worse. 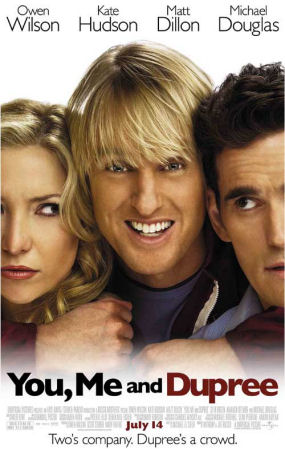 “If the Russos were geniuses, they might have transformed this thing into some- thing resembling Jonathan Demme’s Something Wild. You know it, right? Some say it’s Demme’s best film ever.
“The Russos could have run with the ball and made it lame-funny at first, but gradually darker and meaner and nastier. They could have had Dillon get into a car accident and maybe kill a pedestrian and wind up in jail and turning into a thief. Hudson and Wilson could have had an affair, and Douglas could have hired Owen and fired Dillon, and then Douglas could have seen his business fall apart for some reason. And Owen could have become a gleeful villain with a serious psycho streak.
“It could have been amazing — a movie that starts out as an exercise in “comic” tedium and morphs into a kind of melodrama-horror film. Startling, breathtaking… the audience wouldn’t know what to think or feel, but they’d definitely be talking it up.
“But not with the Russos as they really (apparently) are. Not with Stuber and Parent involved. Not with Universal’s committee process in place. 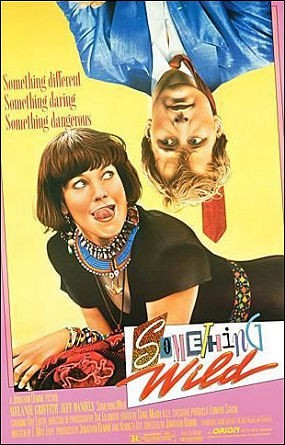 “I really think the people who helped make this thing need to leave town and go to an ashram somewhere deep in the Mexican mountains and ask themselves, ‘What am I doing with my life? What have I become? How do I live with myself after this?’
“As soon as it ended last night, the theatre emptied out like that. People sticking around for the closing credits is always a good sign that a film has affected viewers on some level. But people couldn’t get out of there fast enough.
“Every which way this movie is a tank, an embarassment…a fountain of eternal shame and remorse.”