There was a top-secret screening of My Super Ex-Girlfriend (20th Century Fox, 7.20) last week on the Fox lot, but I wasn’t shrewd or pushy enough to get into it (and you do have to “work it” to find out about these showings and wheedle your way into them by hook or crook) so no reaction from this corner. I could have seen it last night but I decided to see World Trade Center instead. 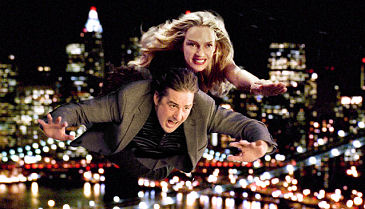 A friend who caught it last night disputes David Poland‘s view that it’s “an epic of misogyny”, although knowing how movies of this ilk tend to go (especially ones directed by Ivan Reitman), I wouldn’t be surprised if Poland is on the money. The friend says that while You, Me and Dupree had no one big scene you can talk about with your friends and joke about, My Super Ex-Girlfriend has at least two…so there you go.