There’s a trend in movies about GenX guys in their early to mid 30s who’re having trouble growing up. Guys who can’t seem to get rolling with a career or commit to a serious relationship or even think about becoming productive, semi-responsible adults, and instead are working dead-end jobs, hanging with the guys all the time, watching ESPN 24/7, eating fritos, getting wasted and popping Vicodins.

I’m thinking of four soon-to-open films that deal with this subject front-and-center: Kevin Smith’s Clerks 2 (Weinstein Co., 7.21), Tony Goldwyn’s The Last Kiss (the remake of Gabrielle Muccino’s Italian-made hit, adapted by Paul Haggis and due for release by Paramount on 9.15), You, Me and Dupree (Universal, 7.14) and The Groomsmen (Bauer Martinez, 7.14). 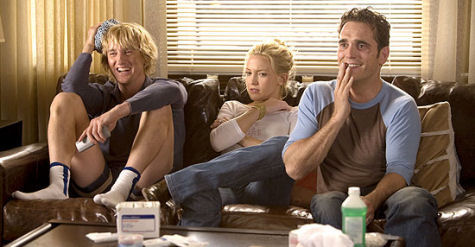 There have probably been fifteen or twenty other films that have come out over the last four or five years about 30ish guys finding it hard to get real.

The 40 Year-Old Virgin was basically about a bunch of aging testosterone mon- keys doing this same old dance (with Steve Carell’s character being a slightly more mature and/or sensitive variation). Virgin director-writer Judd Apatow has made a career out of mining this psychology.

Simon Pegg’s obese layabout friend in Shaun of the Dead was another manifes- tation — a 245-pound Dupree.

Prolonged adolescence is an old pattern, of course. The difference these days is that practitioner-victims are getting older and older.

Martin Davidson and Stephen Verona’s The Lords of Flatbush (1974) dealt with this pattern to some extent, but the characters (played by Sylvester Stallone, Henry Winkler, Perry King) were in their mid to late 20s, as I recall. 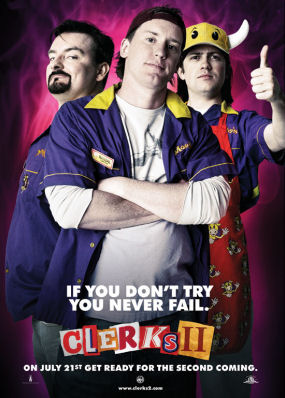 Barry Levinson’s Diner was also about guys who want to keep being kids, but his Baltimore homies were all under 30. (Was Mickey Rourke’s character older?)

Putting off life’s responsibilities is a deeply ingrained pattern among European males, or certainly Italian ones. Federico Fellini’s I Vitteloni (1953) was about a group of guys pushing 30 who do little more but hang out and get into dumb situations in their home town on the Adriatic.

Why are immature attitudes among 30-something guys so persistent these days? Is this a breakthrough or a virus? Is it a reaction to overpopulation? Is it because the culture is telling them, “It’s okay, bro…we’re with you no matter how immature you are as long as you keep spending money on goods and services”?

Men who came of age in the 1920s and ’30s knew they had to start acting like adults and getting jobs and taking care of their families when they were just out of college. 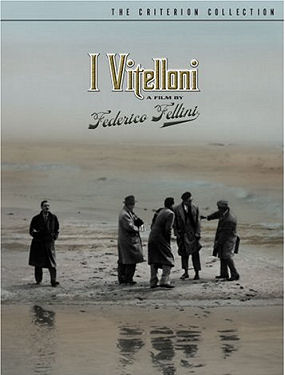 With World War II and Korean War service eating up their early 20s, young men of the 1940s and early ’50s had to get down by their mid 20s, although many got going earlier.

When I was a pup in the 1970s the deal among pothead libertines, free-thinkers and alternative-lifestyle types was that you could mess around and duck the hard stuff in your 20s, but you absolutely had to grim up and get it together before you hit 30 or face eternal shame.
Now the GenXers have lifted that barrier and taken the I-still-want-to-fuck-around- with-my-friends-and-get-loaded-and-play-video-games aesthetic into their early to mid 30s.
What’s going to happen with GenYers? Or with my kids’ generation? Are they going to delay getting down to it while still grappling with adolescent behavior issues when they’re 40 and over? 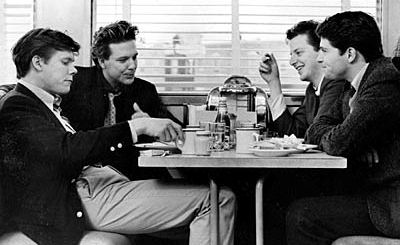 Obviously we’re looking at some kind of fraying of the social fabric, a rise of a culture founded upon impulsive kick-backing and avoiding the heavy lifting and preferring to channel-surf through life rather than actually live it.

Maybe we’re headed toward a culture in which guys will never grow up, ever, and women will start running things more and more. Ladies, it’s okay with me.