It’s funny how the progress of unfilmed movies evolve in conversations with the principals. Take Steven Spielberg‘s still-delayed Lincoln, which I’m very keen on seeing because of enthusiasm over Liam Neeson‘s playing the lead role, and because I’ve been longing for some kind of big-ass sweeping Civil War feature since falling hard for Ken Burns ‘ The Civil War way back when, and because there’s never been a decent film about Lincoln’s White House years.
In August ’05 (almost exactly a year ago) I ran a summary of two conversations I’d recently had in Manhattan with Neeson, who was very excited about the opportu- nity and immersed in study about Lincoln, and particularly how to do his voice. Neeson told me about a March ’06 start date, adding, as I wrote, that “there was an earlier plan to begin filming in February…but with this, that and whatever (including, probably, some Oscar campaigning for Spielberg’s Munich movie) this date will probably get bumped.” 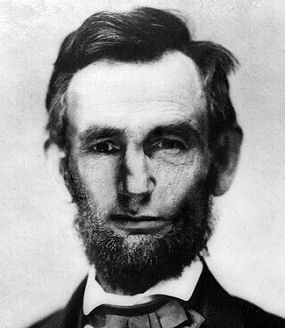 Now there’s a fresh twist contained an interview with Spielberg running on a fan site called Spielberg Films. Conducted by Steven Awalt, the transcript came out of a q & a than happened three days ago — Saturday, 7.15. Spielberg is asked at one point (and remember that Awalt is a total Spielberg fan who follows every twist and turn in his career) if Lincoln is “still viable.” Awalt doesn’t ask when it will shoot, or how excited Spielberg is, or how the research and preparation is coming along. He asks if Lincoln has a pulse.
Spielberg tells him yes, it has a pulse…”it’s viable.” (There is no word in the English language that alludes to a more profoundly neutered state of being than “viable” — a truly hateful term.) “The script’s being written, and hopefully sometime in September/October of ’07 I’ll have the chance to start that. I can’t guarantee that, it’s just, once again, like Indy 4, that script is in process.”
< ?php include ('/home/hollyw9/public_html/wired'); ?>
Just to underline, Spielberg is saying there’s a “chance” he’ll start on the Lincoln pic in the early fall of ’07, and if that happens the film might be completed and released in late ’08….maybe. At least two years away and then some.
Awalt then asks, “Could it go before Indy 4?” And Spielberg replies, “I don’t know, you know…everything’s in process right now.” Another hateful term — “in process.” A term that refers at best to a state of fog or hesitancy or being immersed in some kind of bureacratic muddle. 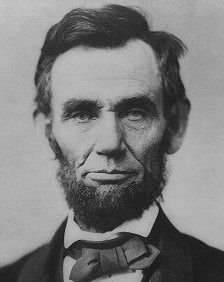 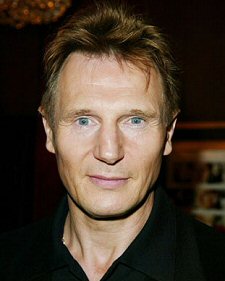 It just sounds like there’s a lack of passion on Spielberg’s part, no? You can feel it in his words — he’s into making Lincoln but…well, let’s see how it goes. There’s clearly a lack of enthusiasm for the script, which was supposedly being worked on a year or so ago by British playwright Paul Webb, who has written at least two previous screenplays, Four Knights and Spanish Assassins.
There must have been something supporting Neeson’s belief a year ago that Lincoln would be shooting by the spring of ’06, and just as obviously something Very Big got in the way of that. If Webb’s Lincoln screenplay is “in process” like Indy 4, which has been in development since the late ’80s, the film might never be made. Spielberg has been talking about making a Lincoln movie since `01, when DreamWorks bought rights to a bio by Doris Kearns Goodwin. Her book — “Master Among Men: The Political Genius of Abraham Lincoln” — came out last fall