I didn’t realize this until a few hours ago, but Ryan Murphy‘s Running with Scissors (Columbia, 10.11 limited, 10.27 wide) will be joining Nicholas Hytner‘s The History Boys in not visiting the Toronto, Telluride, Venice or New York film festivals. And given what it seems to be, it seems fair to wonder why. 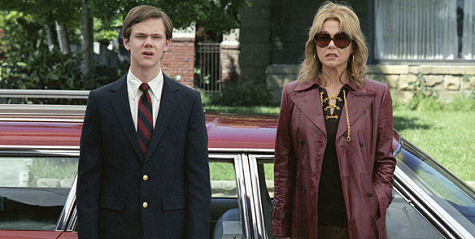 A darkly comedic dysfunctional-family flick that’s been seen and liked by exactly one guy I happen to know, Scissors looks like a natural to play at one of the elite festivals for the simple reason that it sounds very much like a film that would do well by them. It’s supposed to be pretty good in an oddball edge-movie way, and the early-bird handicappers (who know nothing as this stage) are talking about Annette Bening‘s performance as an unstable mom being derby-quality.

Scissors isn’t required by law to show itself to critics and entertainment media at one of the September festivals, but that guy — a movie hound — told me it’s quite appealing and pretty damn good, etc., so why not? Why sidestep a chance to get the word out on a presumably good film only a month before it opens limited (on 10.11)?

Like I said in that piece last week about the History Boys bypass, there are three reasons that fall releases with high-pedigree trappings don’t make the trip to Telluride, Toronto, Venice or New York: (a) The film doesn’t quite have the chops that everyone’s expecting; (b) it has the chops and then some, and its handlers are figuring they don’t need early-fall festival buzz to start things off; or (c) it has the chops but for some reason they don’t want reactions percolating for eight or ten weeks before it opens.

And of course, December releases don’t necessarily hit the September festivals either unless they’re something on the order of Brokeback Mountain (which opened limited on 12.9.05) and they need all the great advance buzz they can get. And Xmas holiday movies (like Notes on a Scandal say, which comes out 12.22) pretty much never go. And Clint Eastwood “doesn’t do festivals” (as one guy put it earlier today) so Flags of Our Fathers (Paramount/DreamWorks, 10.20) isn’t going to Toronto-Venice either. 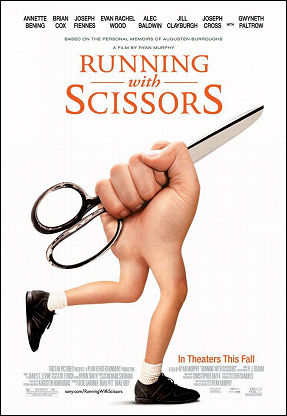 Infamous (Warner Independent, 10.13) may or may not go to Toronto — a decision will be known this week — but it’s definitely going to Telluride.