The Mel Gibson mess seems to be getting heavier all around, like fog. People will eventually get sick of it, but they’ll never forget about it. I’ve gotten used to the idea of news stories flaring brightly for a week or two and then going away, but there’s something deeper and skunkier about this one. Fame lasts 15 minutes; memories of racial hatred tend to linger a bit longer.
And that probably means that Gibson’s Apocalypto (Disney, 12.8) may have to push back its release date. April ’07, I’m thinking. Maybe. I don’t know. I’d like to hear opinions. But I’m starting to think that bumping it makes sense. 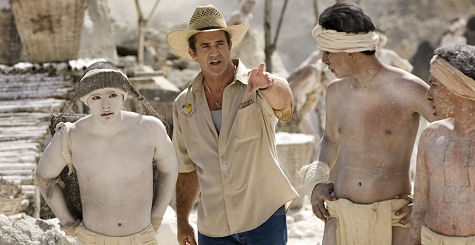 There are lots of indications out there about how deep-seated the public’s anger at Gibson may be over his reported anti-Semitic blurtings, but the thing that got me was a story about Gibson’s troubles (“Mel to Pay?”) in the News & Notes section of this week’s Entertainment Weekly.
I don’t remember any story in this section ever drawing a hard moral line in the sand. Views and attitudes are hinted at left and right every week, but never in a declarative, plain-spoken way. But right after saying that attempts at rehabbing Gibson’s image (including “the Official Talk Show Contrition Tour””) are probably in the works, writer Daniel Fierman concludes with these words: “We’re here to tell you it’s not going to work — at least right now. The violence of Gibson’s [anti-Semitic] words won’t allow it.”
< ?php include ('/home/hollyw9/public_html/wired'); ?>
The words “we’re here to tell you” tells me something is going on. Anything that goads EW editors into growing a pair and actually allowing something to be said in their magazine is a significant seismic indicator. And I’m starting to think there’s no way Disney’s Touchstone division can put Apocalypto (12.8) into theatres only four months from now.
The pre-release p.r. campaign would obviously have to begin sometime around mid October, and no matter how many Larry King and Diane Sawyer confessionals Gibson does on the tube (and he’ll probably have to wait until late September or early October to do these or he’ll look too craven), any Apocalypto interview he gives will turn into a referendum on racism.
I strongly doubt that the Gibson moral rehab effort can work if it’s hurried along. And I doubt it can be managed successfully (if it can be managed at all) over the next two months. 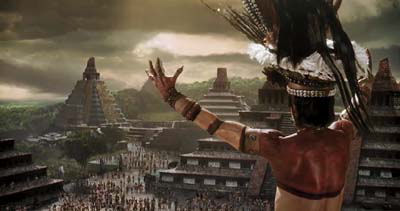 The public needs to chill about this, and the media needs to get sick of writing about it. We all know that as long as editors and reporters think there’s any juice in this story, they’ll keep hammering. Everyone has to get completely bored of dissing Mel-the-bigot — it’s the only way — and that can only be achieved through endless repetition.
The Gibson thing will cool down naturally by the end of this month, but it’ll spark up again like a wounded panther if and when the Apocalypto campaign starts up in the mid fall.
I have an idea that if Touchstone pushes Apocalypto back and lets the boiling water cool down, it’ll be less difficult to release it in early April, or possibly late March. Or maybe a bit earlier. I’m not sure. People are going to bring up anti- Semitism no matter when Apocalypto comes out, but they’ll probably be a bit more tired of it six or seven or eight months from now.
I’m leaving film fanatics like myself out of the equation. I’d much rather see Apocalypto sooner than later. Gibson is a nervy hard-core filmmaker, and I’ve been reading all along that he’s got something to say about parallels between ancient Mayan culture and our own. My vote, personally, is open it sooner, not later. But I’m from Mars.
I was talking with some guys in a video store last night about Apocalypto‘s release, and one guy in his early 40s said he thinks the Malibu racism thing will increase interest in people wanting to see it, and that nobody will give that much of a damn in four months’ time.
I suspect this may be a minority view, but what does everyone think? 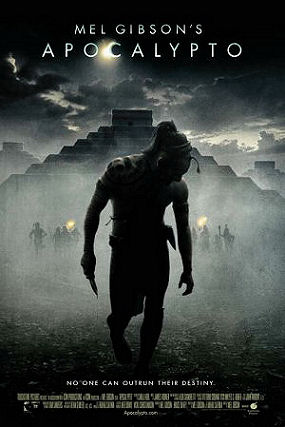