“My girlfriend went crazy during this movie and was actually the one who wanted me to send in a review because she wants everybody to see it. I would rate this 10 out of 10 and is probably the best movie I’ve seen in a couple of years. We couldn’t believe how much we got into this movie and the music. Everybody was tapping their feet and laughing and cheering. 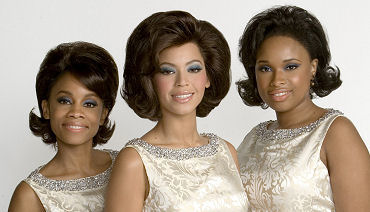 “At the end of the movie the whole crowd was applauding for a long time and they had this part when the credits were on where they had clips from all the different actors, and everybody clapped like crazy for each actor and then screamed nonstop when Jennifer Hudson came on.” — A guy named “Nightmare” who caught Bill Condon‘s Dreamgirls at a theatre in San Diego’s Gaslamp district a couple of days ago and wrote a review for AICN. I’m into the idea of this film as much as the next guy, but “Nightmare” sounds like an easy lay.