“I’m very confused personally,” actress Karen Young, 47, says to the San Francisco Chronicle‘s Ron Dicker. “I feel like I was in this generation of women who were supposed to take care of ourselves, supposed to be totally self-sufficient and even support a husband. There was a lot of talk about being that way, and I don’t think it actually transpired. We kept our names, but that was about it.” — from Dicker’s 8.27 profile of Young. 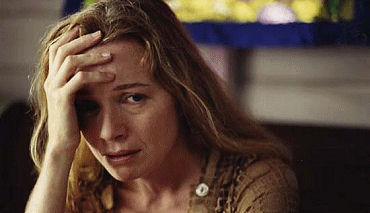 I met Young at last year’s Toronto Film Festival when her latest film, Laurent Cantet‘s Heading South (Vers le sud),was first being shown. She’s also pretty good in Factotum, but me Young will always be FBI agent Robyn Sanseverino. She’s been kicking around since the early ’80s and that, so far, is her definitive role.