As everyone presumably knows, Miramax has swapped the release dates of Stephen Frears‘ The Queen, a drama about Queen Elizabeth (Helen Mirren) grappling with the death of Lady Diana, and Roger Michell’s Venus, based on a script by Hanif Kureishi about septugenarian sex, romance and parenting. Queen was advanced up to 10.6, and Venus was pushed back to 12.15. The motive was to put Venus into a better position for an Oscar campaign, but not necessarily for the film itself.
The main beneficiary of the Venus campaign is going to be Peter O’Toole, who reportedly plays the lead role — a randy, very straight 70ish actor named Maurice — with exceptional gusto, tenderness and O’Toolean panache. 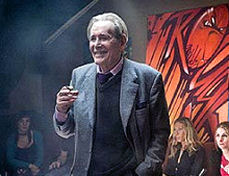 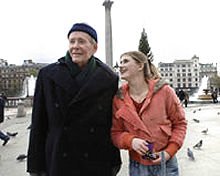 However good O’Toole turns out to be, there’s a great comeback story to be told if and when he goes on the promotion trail.
A story about a great and colorful actor, 73, being back in the saddle with a good role after years of wandering in the desert. About his flamboyant past as one of the big-time acting kings of the early to mid ’60s (Lawrence of Arabia, Becket), and as one of the great party animals of that era. About going flat in the ’70s and then briefly resurging in the early ’80s with plum roles in Richard Rush’s The Stunt Man and Richard Benjamin’s My Favorite Year…before going flat again. About the legend who came close to refusing an honorary gold-watch award from the Academy’ in 2003 because he didn’t want to be thought of as over-the-hill, and then got lucky right after this and nabbed a juicy part and hit a home run with it.
< ?php include ('/home/hollyw9/public_html/wired'); ?>
Or so I’ve heard and read. You never know and you can’t trust anyone.
A certain Dart Group publicist in the employ of Miramax has been pushing O’Toole’s Venus work, yes, but I came across some pretty encouraging stuff on my own last May from some IMDB posters who claimed they’d seen Venus at a Convent Garden screening in very late April and then at a Manhattan screening three or four days later.
These postings inspired me to call Charles McDonald of the London p.r. firm McDonald + Rutter just before leaving for Cannes. I was hoping to get information about any Cannes market screenings of Venus, but McDonald said he didn’t know of any. 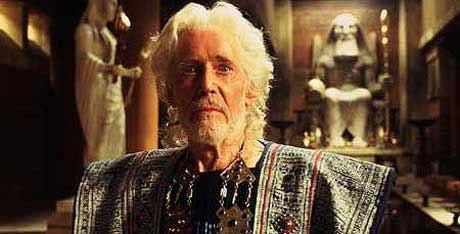 There are no prints of Venus in the States, I’m told, so maybe Michell and Kureishi have been adding or refining. It would be great to catch it in Toronto, but who knows?
The Venus log line reads, “Life for a pair of veteran actors gets turned upside down after they meet a brash teenaged girl.” Leslie Phillips, Jodie Whittaker (the young and the brash), Vanessa Redgrave and Richard Griffiths costar. The word on the film last spring is that it was good or pretty good (as in “good beginning and middle, so-so ending”). But the word on O’Toole was something else.
After seeing Venus at the Convent Garden showing, a Scottish-sounding guy named Phil Concannon wrote on 4.29 that “the real attraction [of the film] is the chance to see Peter O’Toole in a leading role once again, and he is very good indeed. He’s funny and touching, and occasionally uncomfortably lecherous, and it’s terrific to see him getting a role he can really sink his teeth into. There’s one scene in which O’Toole recites Shakespeare’s ‘Shall I Compare Thee to a Summer’s Day?’, and his sheer charisma, along with that great voice, makes the scene breathtaking.”
You know what would help the O’Toole campaign, assuming he’s as good in Venus as everyone says? If that low-life, ass-dragging video company MPI Home Video would finally get it together and put out that restored Becket DVD they’ve been holding onto and embarassing themselves by not releasing for the last couple of years. 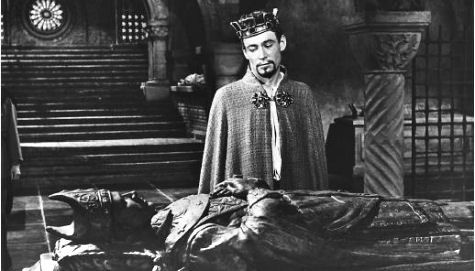 O’Toole in the opening moments of Peter Glenville’s Becket

If this Becket DVD were to hit the market in the mid-fall, say, people would obviously be reminded what a great performance O’Toole gave as Henry II (he should have won the 1964 Best Actor Oscar but Rex Harrison took it for My Fair Lady), and the general awareness about O’Toole having been a world-class actor for the last 45 years would be that much higher.
O’Toole’s Becket performance “is one of the most exciting ever seen in a main- stream movie,” I wrote early this year. “O’Toole takes your breath away half the time, and the other half he makes you grin with delight.”
O’Toole recorded a narration track for MPI in the fall of ’03 that lasts throughout the 149-minute film, and, according to MPI Home Video’s Gregg Newman, is quite entertaining to listen to. If I were a Miramax marketing exec I would contact MPI and ask them what the hold-up is and, you know, can Miramax help in some way?
Becket addendum: I didn’t even call the MPI Home Video people Wednesday about the Becket DVD situation. MPI reps have flown their colors with baldly disengenuous statements about their release plans for this DVD in the past, always saying they intend to have it out “later this year” or “soon” and never living up to these pledges. That said, an MPI spokesperson named Christie Hester ( I spoke to her during the writing of one of my previous Becket DVD articles) posted a message on an IMDB board on 5.30.06 that said “MPI Home Video intends to release Becket on DVD during the first quarter of 2007.”
Obviously, any prepared statement about a forthcoming company initiative that contains the word “intends” is not to be trusted. Hester was obviously qualifying in case things don’t pan out. (Trust me, Warner Home Video has never announced it “intends” to release anything — their p.r. releases always say flatly and unambiguously that WHV will release this or that title on this or that date, and no monkeying around .) Then again Hester’s “first quarter of 2007” is a more date-specific pledge than anything ever stated by any MPI Home Video exec about their Becket plans, so maybe the DVD will come out sometime before 12.31.07. Maybe.